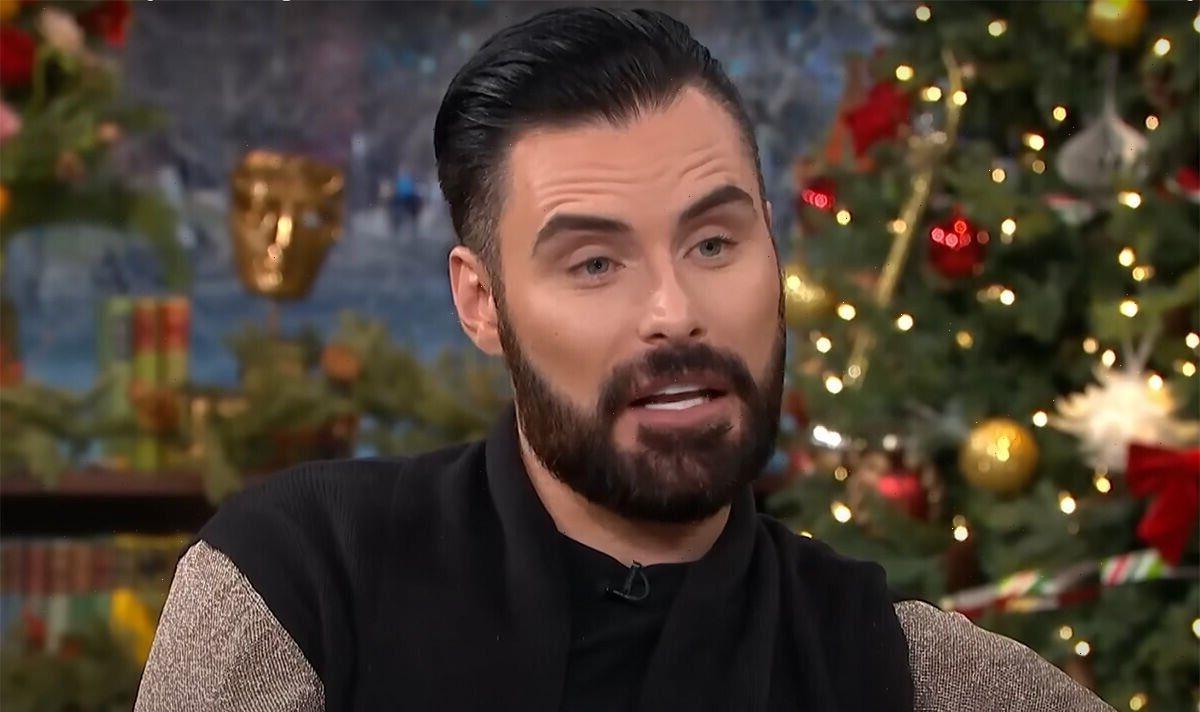 Rylan Clark, 34, candidly admitted that he told his “TV mum and dad” Eamonn Holmes, 63, and Ruth Langsford, 62, to “get out” after they travelled to see him during his lowest moments following his split from husband Dan Neal.

In a new interview, Rylan explained how he couldn’t eat or leave the house when he fell into a deep depression.

His struggle also became visible when his weight fell to just nine stone and he said he was trying to do “everything he could for his body to shut down”.

Recalling that tough time, Rylan said he didn’t want to see anyone, but that he was able to work out who his true friends are.

He said on The High Performance podcast: “A friend is someone, like last year, when you are at your lowest, they will try and do anything to help you.

“I didn’t want to see anyone at the house and I became really agoraphobic, and my mum called Ruth and Eamonn, and they turned up at my house.

“Eamonn got really upset because I was clearly visibly very sick, as did Ruth, and I didn’t want to see them.

He continued that the visit from the former This Morning presenters was a turning point because it made him realise that there is “life outside of the front door”.

Rylan also opened up about the poignant visit in his book, Ten: The Decade That Changed My Future.

He explained that his mum Linda had arranged the meeting after he attempted suicide and asked to be admitted to a private mental health hospital.

After spending a week in the facility, he returned to live at his mum’s house for three months, but went back into hospital following a “spell of bad thoughts”.

The Strictly It Takes Two presenter echoed that seeing Ruth and Eamonn was a “wake-up call” after seeing their faces when they saw him and how “badly ill” he was.

After taking a five-month break from his presenting duties, Rylan was eventually on the mend and returned to presenting his BBC Radio 2 show.

Proving how much he cares for his showbiz son, Eamonn also defended Rylan on social media after he was accused of “sickies” to get out of work.

In a now-deleted tweet last year, one user said: “Never been a fan of @EamonnHolmes but sadly our TV and radio shows are loaded with presenters like him, who openly admit to having no talent or opinions and wonder why they’re in their well-paid jobs.

“At least @piersmorgan has an opinion. Also growing weary of @Rylan’s ‘sickies’.”

Rylan replied: “Sickies? I was ill?”

GB News host Eamonn also hit back: “Rylan, I was going to challenge this stupid ignoramus…. decided not to but because he has annoyed you he has annoyed me more.

“I know how truly ill you have been… I just hope he never catches one of your ‘Sickies’.” (sic)

If you or someone you know has been affected by this story, Samaritans (116 123) operates a 24-hour service available every day of the year.

Alternatively, you can find more information on the Samaritans website.