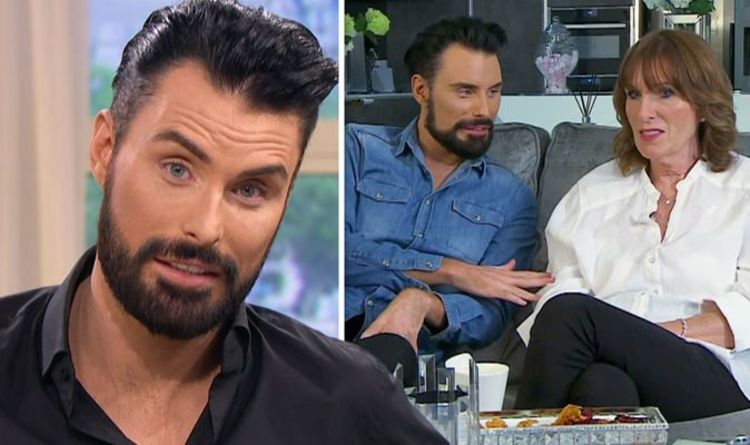 Rylan Clark-Neal and his mum, Linda, 66, have been entertaining Celebrity Gogglebox fans with their bickering and hilarious reactions to TV shows.

The former X Factor star revealed tonight will be the last episode in the series, and thanked the show for bringing him and his mum closer together.

Rylan, 30, explained his mum’s health means they don’t get to spend as much time together as they would like.

The This Morning regular recently opened up on Loose Women about his mum’s health and explained she has always suffered from severe Crohn’s disease and almost lost her for the “third time” last year.

He tweeted today: “Tonight’s the final #CelebrityGogglebox of the series. Thank you

“She turns 67 tomorrow and has had a lovely 6 weeks with you guys.”

One fan wrote: “I think you and your mum are proper legends mate honestly , make sure you come back next year!!”

Another praised: “Your mum needs her own reality show she’s amazing. I have tears from laughing when I watch the two of you together!” 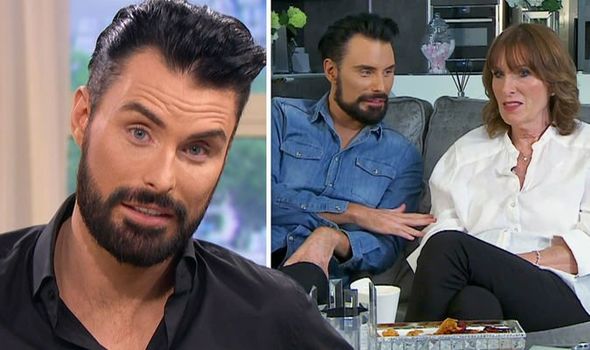 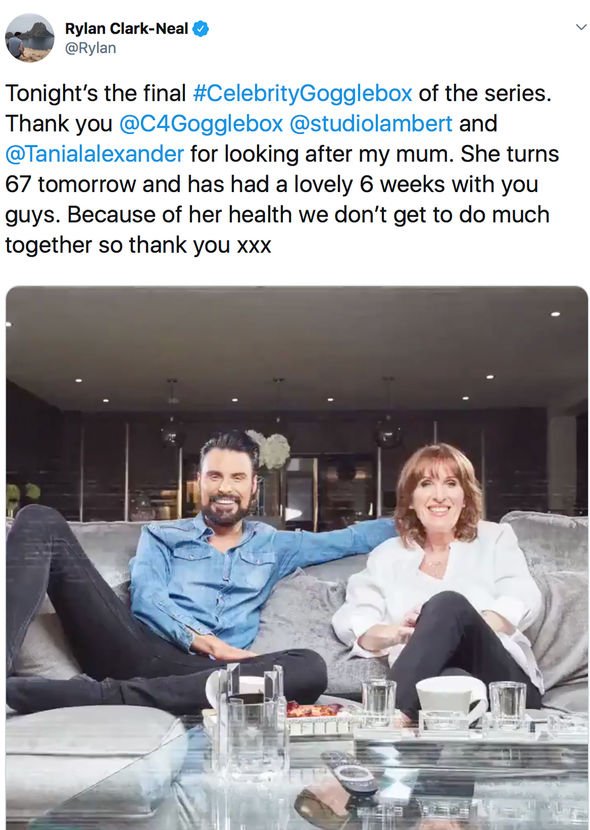 A third want more of the mother-and-son duo and commented: “You and your mum have been brilliant, I’ve loved this series Ryan. Could we get to see you and mum more?”

Rylan uploaded an image of their final day filming for the special series of the Channel 4 show.

He wrote “And that’s a wrap on #CelebrityGogglebox @C4Gogglebox thank you to our amazing crew xxxx.”

Fellow Celebrity Gogglebox star, Laurence Fox, who has appeared with his cousin Emilia Fox during this series, replied back: “You two are f*****g hilarious. Xx.”

Laurence and Emilia’s final appearance on the show came last Friday, as the cousins had work commitments so weren’t able to be in the final instalment. 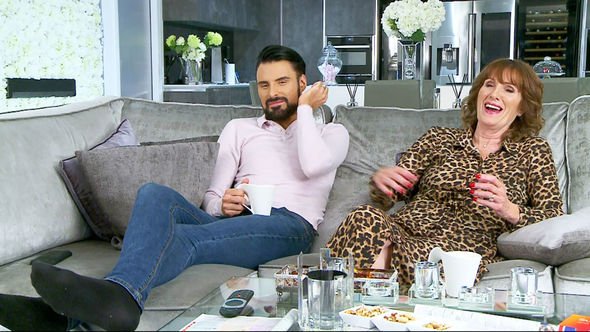 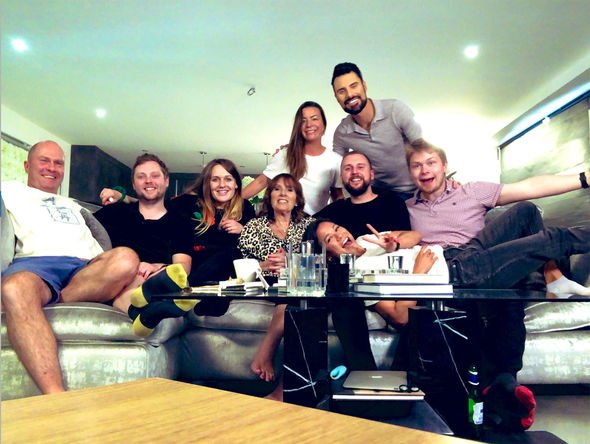 Reflecting on their time watching television together, Laurence, who was married to Billie Piper, said it’s been “fun” to be on the show and said he wants to become best friends with Rylan’s mum.

The Lewis actor wrote on Twitter: “Happy @C4Gogglebox day one and all. It’s the last one sadly for @EmiliaFoxand I owing to other work commitments.

“It’s been so fun being part of. Becoming best friends with @Rylan ‘s mum is now a top priority.”

He added: “I have also LOVED my weekly TV binges with cuz.”