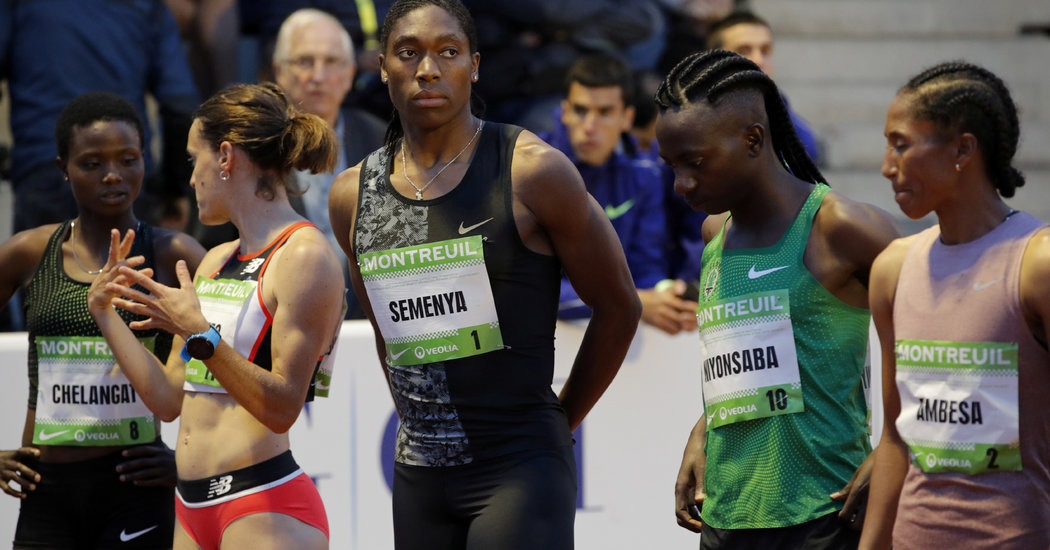 After being temporarily barred by the Swiss Supreme Court from running in her preferred event, the 800 meters, the Olympic gold medalist Caster Semenya faces a murky future with a far more difficult road to navigate if she wants to maintain her position as one of the world’s top female athletes.

The ruling bans Semenya, of South Africa, from international races between 400 meters and a mile until her case is resolved once and for all by Switzerland’s top court. Those distances, which combine speed and endurance, are the races in which athletes with testosterone in the male range, like Semenya, have an unfair advantage in muscle strength and oxygen-carrying capacity, track’s governing body believes. They are also among the most high-profile events at the Olympics and world championships, the most important meets for the sport.

Semenya announced plans to try the 3,000 meters after losing an initial ruling in May. But that event is not run at the world championships or the Olympics.

Semenya, 28, ran a 5,000 meter race in a personal best of 16:05 in April, but that time is well short of the qualifying standard of 15:22 that would be required even to participate in the event at the world championships this fall in Qatar. She would also have to be among the top runners at that distance from South Africa.

The I.A.A.F. said Wednesday that it welcomed Tuesday’s court ruling. “The I.A.A.F. will maintain its position that there are some contexts, sport being one of them, where biology has to trump gender identity,” it said.

Semenya has identified as female all her life. She has said that questions over her gender were unfair. She called an earlier ruling against her “discriminatory, irrational, unjustifiable.” Some scientists and doctors have faulted the I.A.A.F.’s methods and focus on testosterone as overly narrow and simplistic, noting that women also produce the hormone and that high levels of it are no guarantee of athletic success. All world class athletes have some physical advantages, they argue, like the height of basketball players and the long arms of Olympic swimmer Michael Phelps.

Semenya has said she has many alternatives to the 800.

Runners in the longer events also tend to have slighter figures than middle distance runners like Semenya. While runners with diverse body types have succeeded at different distances through training, Semenya would presumably need to try to change her physique and add significant endurance to contend in longer races.

Should she decide to go shorter, her best time in the 200 is 24.26 in February, but that is also off the 23.02 world championship standard, and about two seconds slower than the top runners.

She would be eligible to run without restriction in longer events like the 10,000 and the marathon, but according to the I.A.A.F. she has never run those events, or the steeplechase, which involves hurdling over barriers and through a water hazard, in any significant competition.

The latest court decision continues a back-and-forth trend of rulings in Semenya’s case. The Court of Arbitration for Sport in May backed the track federation’s rules, saying they were discriminatory but necessary to achieve a level playing field in women’s track. Semenya appealed to the Swiss Supreme Court, also known as the Swiss Federal Tribunal. That court in June temporarily suspended the I.A.A.F. rules and said Semenya could race while it considered her case. On Tuesday, the court reversed itself and said Semenya could not compete while it considers her broader challenge to the testosterone rules. Semenya has vowed to press on with the appeal.

If future rulings go her way, Semenya might still gain the right to run the 800 meters in the 2020 Tokyo Olympics. Olympic rosters generally are not set until weeks before the Games.

But if the testosterone rules are upheld, Semenya’s choices are relatively few. The I.A.A.F. said she could run the 800 and other restricted events at domestic races in South Africa, could compete against men or could enter races for intersex athletes should such events ever be offered.

The I.A.A.F. has said that female athletes with testosterone above the legal range can participate in women’s events from 400 meters to a mile if they undergo hormone therapy. Semenya has emphatically declined to do so. If she were to change her mind, sports scientists have estimated it could cost her four to seven seconds in the 800, an event she has not lost since 2015.

Semenya on Tuesday tweeted a message saying “First chapter of my life done, looking forward to my second chapter.” She continued with upbeat messages on Wednesday, including “Don’t go through life, grow through life,” and a proclamation that a “determined spirit is unstoppable.” 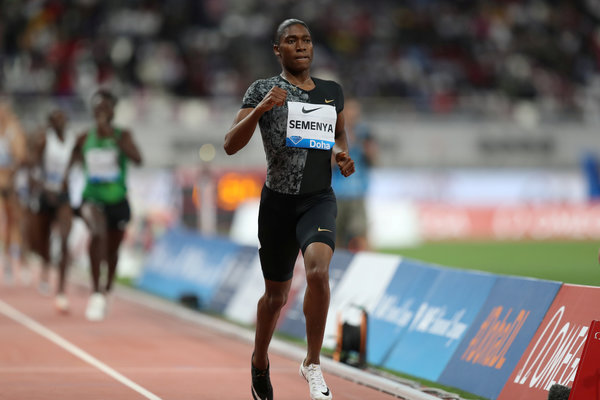 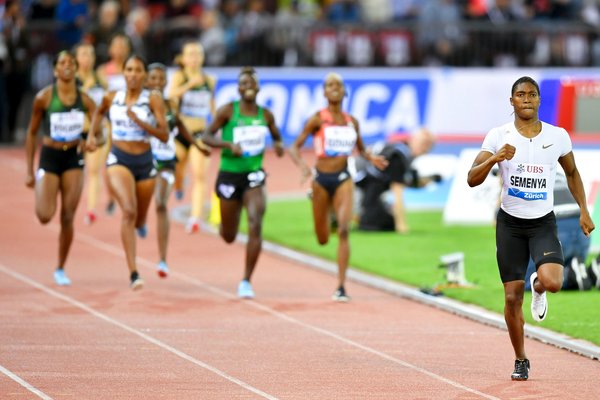 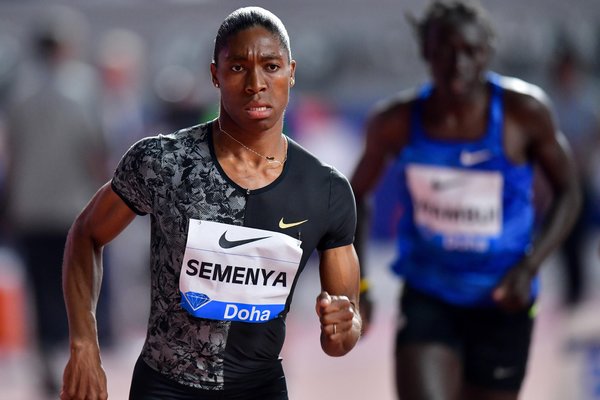 Victor Mather covers every sport, no matter how small.

Jeré Longman is a sports reporter and a best-selling author. He covers a variety of international sports, primarily Olympic ones. He has worked at The Philadelphia Inquirer, The Dallas Times Herald and The Clarion-Ledger in Jackson, Miss.