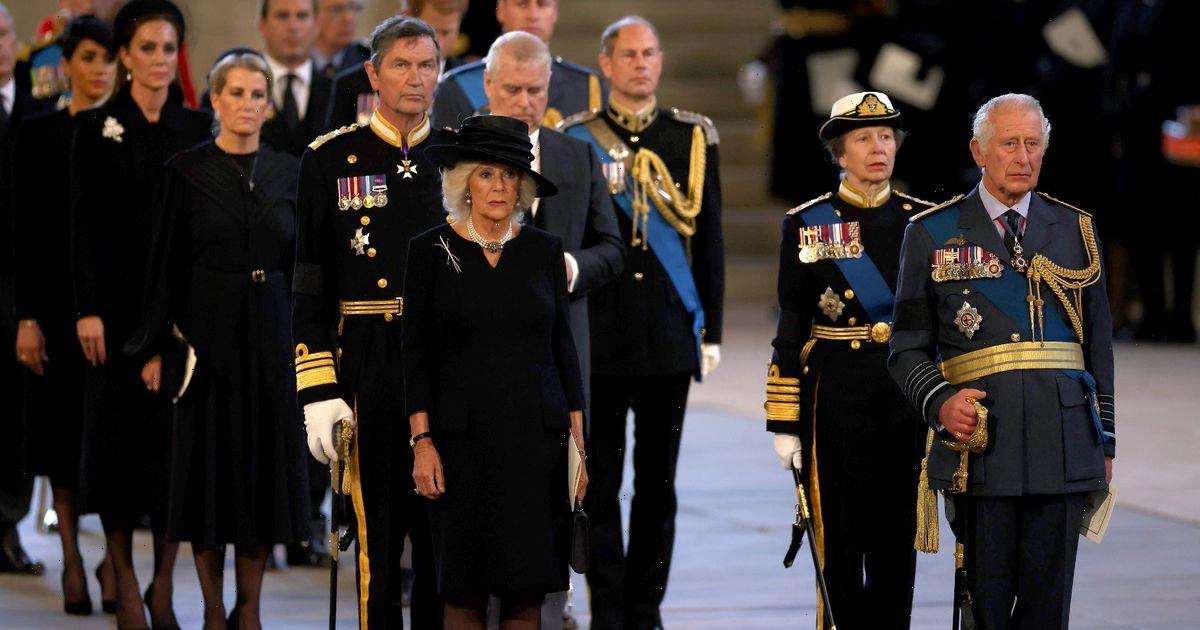 As the nation’s longest serving monarch,the coffin of the Queen has been lying in state at Westminster Hall for four days where members of the public have been able to pay their respects to Her Majesty.

But while the funeral may be a time of personal grief and reflection for the royals, like any formal engagement, there are various protocols that the royals are expected to adhere to.

And one such protocol that must be followed regards public displays of affection, with royals typically expected to refrain from gestures such as hugs or hand holds.

During the procession of Queen Elizabeth II’s coffin last week, this expectation could be seen asthe royals attended the emotional service at Westminster Hall.

“William is there in a public capacity. He may have just lost his grandmother, but his job, as the eldest son of the King, is more important right now, than his grief,” body language expert Inbaal Honigman told theDaily Express.

However,Prince Harry andMeghan Markle were seen breaking ranks on this unspoken rule and were pictured holding one another’s hands as they comforted each other through their grief.

Though the move may have gone against royal tradition, royal experts have argued that the couple can be excused for breaking ranks given the fact that the couple stepped back as senior royal back in 2020.

“Harry and Meghan are grieving relatives and are under no obligation to follow royal protocol,” Inbaal said.

“They're walking hand in hand like regular citizens, as a non-royal married couple would. Their hands are there to support one another emotionally during this loss.”

Since moving to Los Angeles two years ago,the Sussexes have endeavoured to live a more ‘normal’ life in the US alongside their son Archie, three, and one year old daughter Lilibet.

The body language expert’s comments come afterTV presenter Lorraine defended the couple for holding hands and praised the Duchess of Sussex for “supporting” her husband.

During a discussion with royal expert Jennie Bond, the presenter explained: “He did look absolutely shattered, the poor wee soul.”

She continued: "And on the way out [of the service] quite instinctively he held hands with his wife as he should," adding,"I don't think there's anything wrong with that. He obviously needed the support from Megan and it was there.”