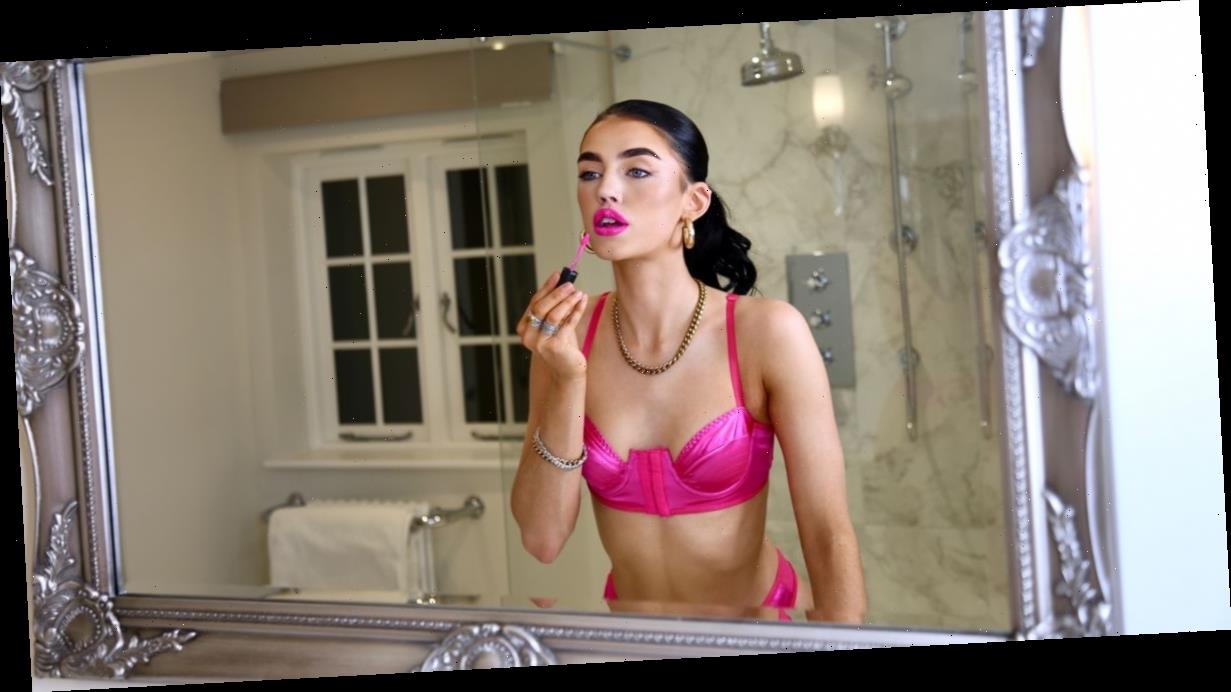 Ronan Keating's daughter Missy has shown off her stunning figure while posing for a lingerie shoot for PrettyLittleThing.

The actress, who previously appeared on The Voice, wore a bright pink lingerie set for the shoot which highlighed her lean frame.

In one snap, the 19 year old can be seen applying a pink lipgloss to her lips as she looks into a mirror.

The stunner had her dark locks tied back and opted for a bright make-up look for the photoshoot.

Missy accessorised with a pair of gold hoop earrings and had a gold chain around her neck, as well as a silver bracelet and some rings.

The teenager is the daughter of singer Ronan and his ex-wife Yvonne Connolly.

She has four siblings, Jack and Ali, as well as half siblings Cooper and Coco.

Despite only being 19, she has carved out a career in acting, having starred in films Dark Touch, The Sea and The Library.

Ronan, 43, previously hinted at Missy being approached to go on Love Island.

Appearing on Martin and Roman's Sunday Best, Martin Kemp said: "So you're alright for a bit of baby sitting apart from Missy… I don't know if this is true or not but is she going on Love Island?"

The proud dad responded: "Well, look she's getting a lot of offers from different reality TV shows to do different things. She's a very confident girl."

"I mean, my dad taught all of his kids to be the grafter and work hard.

"He believed the football player that trained the hardest got his game on Sunday and that's something that was instilled in me and I think my kids have that now and it's just amazing," he gushed.