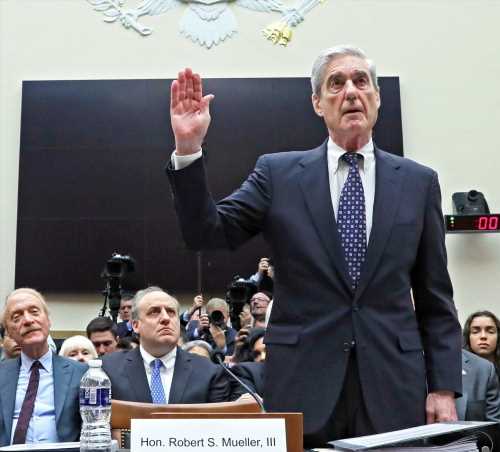 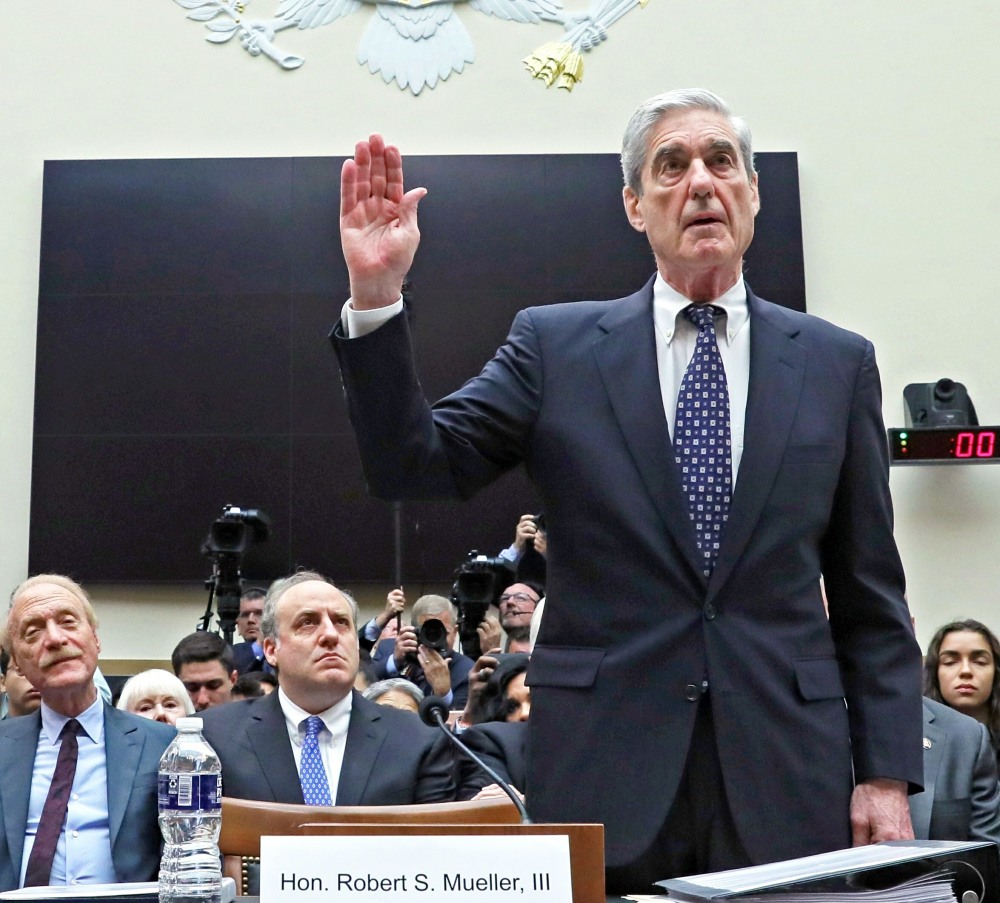 I saw the bots and the Deplorables going all-out yesterday on Twitter and in the comment sections of various news and gossip outlets, including this one. It was clear that the Russians and Russian-adjacents had their talking points in hand, and they were going to spread the “No Collusion!” gospel far and wide. That being said, not all of the criticism of Robert Mueller’s testimony before two House committees came from bots and Deplorables. Some of that criticism came organically, from people just tuning in and seeing Mueller’s performance. His voice seemed weak at times, he seemed slightly hard of hearing and he just seemed rusty with the whole “testifying before Congress” thing. I mean, he is 74 years old and he was retired when he was appointed special counsel. But still, he seemed to not be hyper-aware of every single piece of the so-called Mueller Report. We knew that Mueller didn’t write the report all by himself, but it sometimes felt mid-hearing that he had only read a staffer’s outline of the report.

Of course Trump and his staffers tweeted dumb sh-t throughout Mueller’s testimony and Politico reported that White House staffers felt “euphoria” over Mueller’s poor performance. That probably would have been the story no matter what, because Trump and his minions did such a good job of clouding the real news from the report months ago. So what did Mueller really say during his testimony before the House committees?

“It was not a witch hunt,” Mueller said during testimony to the House Intelligence Committee, part of a grueling, six-hour day of questioning by lawmakers about the findings of his report. “It was not a hoax,” he said later, a word Trump often uses to describe the Russia probe. Mueller repeatedly affirmed evidence he gathered that Trump took actions to impede his investigation, and he refuted Trump’s claim that the report showed “no obstruction” and “no collusion” — a term Mueller said he didn’t even explore because it’s not a legal term. It was a bright spot for Democrats who struggled to get Mueller to all but accuse Trump of committing a crime.

“The president was not exculpated for the acts that he allegedly committed,” Mueller told the House Judiciary Committee, adding that Trump could theoretically be indicted after he leaves office. He added, “We did not address ‘collusion,’ which is not a legal term. Rather, we focused on whether the evidence was sufficient to charge any member of the campaign with taking part in a criminal conspiracy. It was not.”

He also indulged many of Democrats’ characterizations of Trump campaign officials’ conduct during the 2016 election. At one point, Mueller even panned the president’s own statements, including his encouragement of WikiLeaks’ disclosures of hacked Democratic emails.

“Problematic is an understatement in terms of what it displays, giving some hope or some boost to what is and should be illegal activity,” Mueller said of Trump’s repeated praise for WikiLeaks both on Twitter and at his rallies.

Mueller later walked back his most explosive testimony, after initially suggesting that he didn’t indict Trump because of a technical Justice Department policy — a crucial reversal that marked an unsteady day of testimony.

“The reason, again, that you did not indict Donald Trump is because of [a Justice Department] opinion stating that you cannot indict a sitting president, correct?” Rep. Ted Lieu (D-Calif.) asked.

“That is correct,” responded Mueller, who declined a chance to retract his comments when pressed later by Rep. Debbie Lesko (R-Ariz.). Mueller, however, corrected himself during the second portion of his testimony before the House Intelligence Committee, saying, “That is not the correct way to say it.”

There was a lot of gasping over the statement about why Mueller didn’t indict Trump, but as Politico notes, Mueller halfway took it back. I’ll be real: I don’t think Mueller’s testimony was some amazing moment for the Democratic party or for the American republic. I also don’t believe that the Republicans currently celebrating Mueller’s poor performance really understand anything that’s actually happening. I also think that Dems need to work a new f–king plan for how we discuss and deal with Trump and all of his criminal and treasonous behavior. Mueller isn’t saving us. Impeachment is a non-starter. So Dems better come up with some better plans.