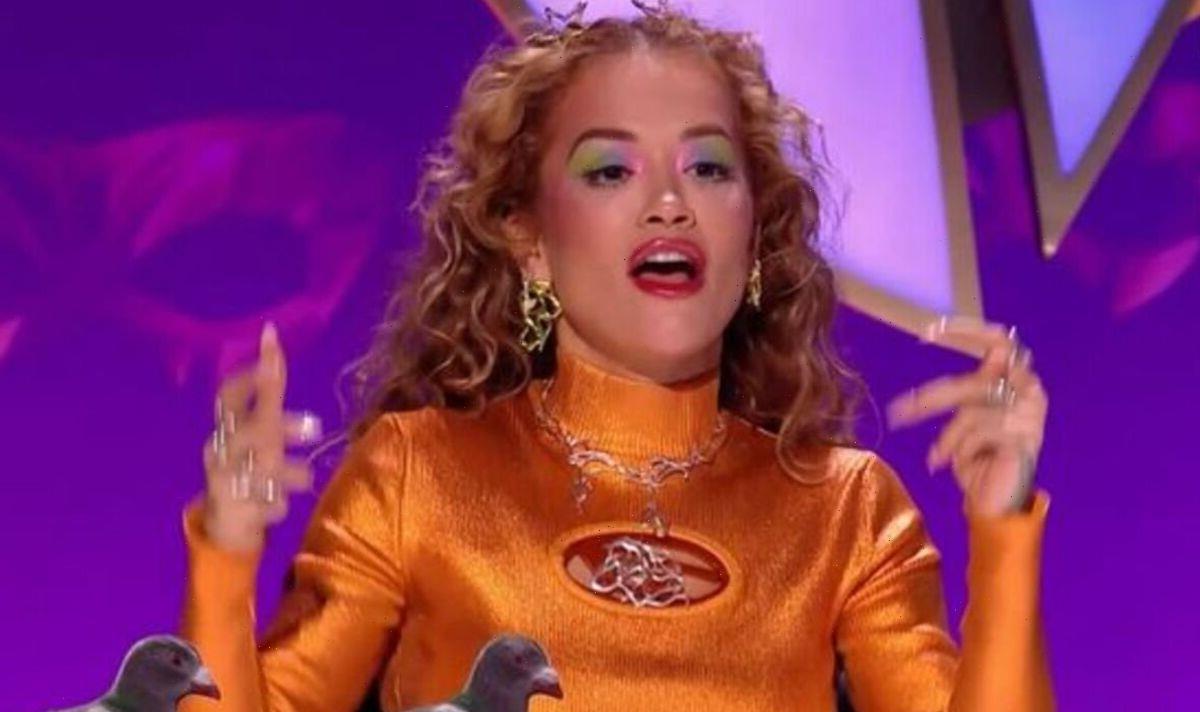 The Masked Singer: Rita Ora stuns in a red ensemble

Rita Ora delighted viewers when she put on a showstopping display when she took to the judging panel for The Masked Singer. The Hot Right Now hitmaker posed for glamorous snaps ahead of the ITV show.

The 32-year-old donned a thigh-skimming dress with bronze strapped heels as she flashed her toned legs in the short ensemble.

Rita looked stunning in the orange number, which was cut high at her thigh, as she posed for the pictures.

She pulled her natural curls away from her face in a half-up half-down look, as she opted for a colourful make-up palette.

The singer chose bright green eyeshadow with red lipstick, and she accessorised with a number of silver rings.

“Living my 90s dream,” she captioned the post alongside an orange heart and lion emoji.

“I’ve got more jokes for you guys on The Masked Singer tonight, 7pm on ITV,” she continued.

Following her appearance on the ITV show, fans flocked to comment on her attire which certainly caught viewers’ attention.

Basil commented: “You look like you belong in the Legion of Superheroes!”

Jenna gushed: “This outfit is a dream.”

Monzer added: “You are beautiful.”

But other eagle-eyed viewers were surprised that the “Diesel” logo on her dress had been covered up during the programme.

“Why have they made Rita cover her Diesel logo when it was shown during the first section lol,” Rose quizzed.

Wayne asked: “Why cover up the logo?”

The Masked Singer judge opted for some relaxation as she decided to go nude while enjoying a sauna.

Sharing a photo, Rita’s arm and leg could be seen as she gave a smouldering look to the camera.

It was the turn of Fawn, Jacket Potato, Pigeon, Rhino and Rubbish to become festival headliners on Saturday night’s The Masked Singer, and the latest celebrity was unmasked.

Viewers were shocked to see Rubbish was revealed to be legendary snooker player Stephen Hendry.

The Masked Singer airs Saturday on ITV at 8pm.