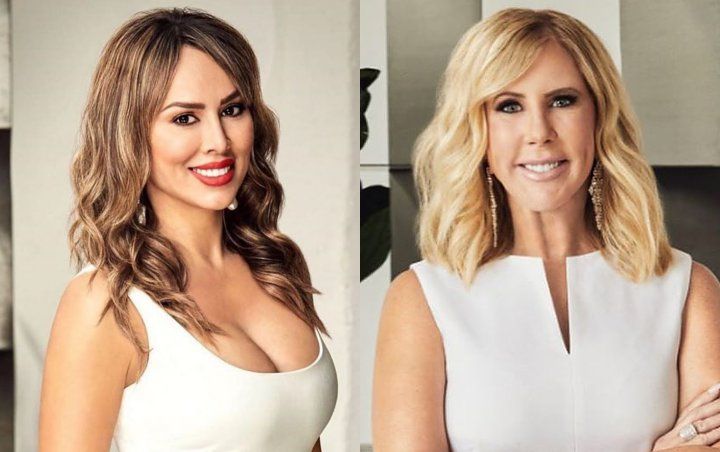 After apologizing to the 43-year-old for accusing her of being a cocaine addict, Vicki claims during a girls night out with her other co-stars that she knows Kelly’s other dark secrets.

AceShowbiz –Kelly Dodd and Vicki Gunvalson are going farther from reconciliation, especially after what the latter did in the latest episode of “The Real Housewives of Orange County“. Despite previously apologizing to her co-star for accusing her of being a cocaine addict, Vicki once again made an allegation against Kelly when she wasn’t around.

Vicki joined Tamra Judge, Shannon Beador and Gina Kirschenheiter for a girls night out with new cast member Braunwyn Windham-Burke in the episode. Soon after Vicki showed up, she was asked about what went down with her and Kelly, to which she coyly responded, “Truly, you know what I think it is? Kelly knows that I know more than I’ve said.” But when she was pressed to expose the 43-year-old, she refused.

Before people truly believe what Vicki says about her in future episodes, Kelly quickly turned to her Twitter account to shut them down beforehand, in addition to criticizing Vicki. Kelly wrote on the micro-blogging site, “Vicki says, I’m not talking to her because she knows too much about me {lies). I would have made friends with her so she didn’t talk. She’s an idiot.”

She further shaded Vicki by retweeting several posts that were attacking the latter. “Vicki lies about people for revenge. It isn’t her age that is her problem. It is her sociapathic behavior,” a tweet read. One user advised her not to “let her get to you she’s a nasty nasty horrible person with no morals. Just like [Tamra].”

Vicki and Kelly have been beefing ever since the former’s boyfriend Steve Lodge played matchmaker for Kelly’s ex-husband Michael. This made Kelly pissed off and attacked Vicki on social media as a result. Things got even more heated between the two ladies when Vicki accused Kelly of being addicted to cocaine.