Favre’s charity, Favre 4 Hope, donated more than $130,000 to the University of Southern Mississippi Athletic Foundation between 2018-2020, according to The Athletic … money meant for children and cancer patients.

Other organizations received money, according to The Athletic, but those amounts were typically under $10K.

The donations all came while Favre allegedly tried to obtain $5 million from Mississippi’s welfare fund, meant for the state’s most vulnerable, to build Univ. of Southern Miss. a new multi-million volleyball facility.

Favre’s daughter was a volleyball player at the university at the time.

Favre’s attorney, Bud Holmes, issued ESPN a statement Wednesday night, saying, “He has been very generous to Southern Miss since he played ball there.”

“Those particular things [the donations in question] I don’t know, but I know he has always given back, something most athletes don’t do.”

Favre — who is being sued by the state of Mississippi over the alleged funds — claims he didn’t know where the money originated … though texts appear to show the HOF’er was worried about being caught. 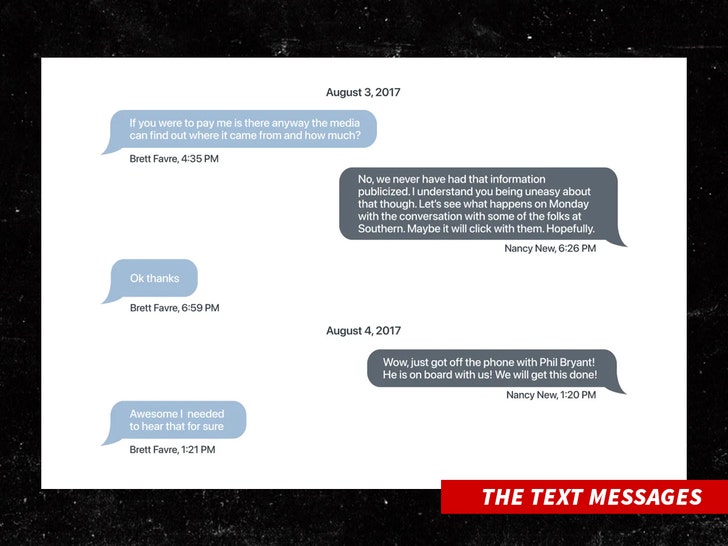 Even though the Super Bowl-winning QB hasn’t been criminally charged, many of Brett’s business partners have distanced themselves from him, including SiriusXM … who put his radio show on hold.