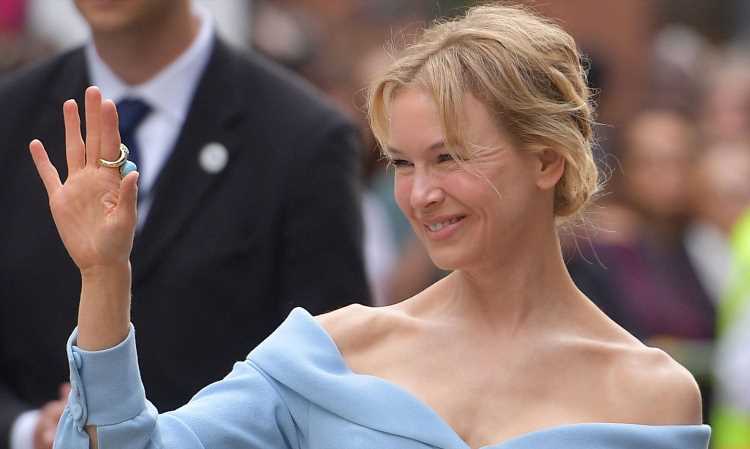 Renee Zellweger is radiant on the red carpet at the premiere of Judy during the 2019 Toronto International Film Festival on Tuesday (September 10) in Toronto, Canada.

The Oscar-winning actress was joined at the event by co-star Finn Wittrock and director Rupert Goold.

Based on reviews of the film that have been released already, Renee seems to be a lock for a nomination for Best Actress at the 2010 Academy Awards. She’s previously been nominated three times and won for Best Supporting Actress for Cold Mountain.

Judy will be released in theaters on September 27!