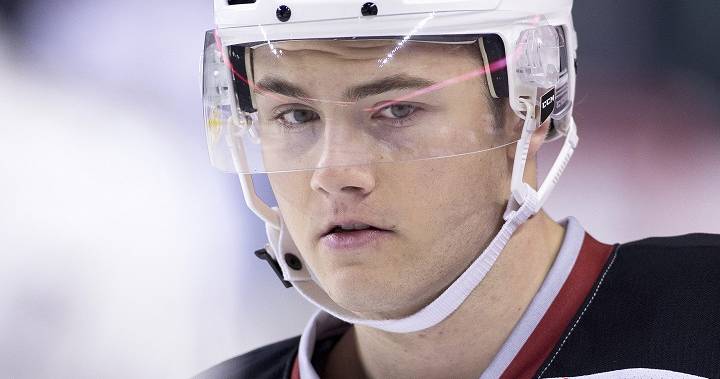 The Regina Pats have added Dawson Holt, 20, to their forward group for the 2019-20 Western Hockey League (WHL) regular season.

Holt was acquired from the Vancouver Giants for forward Sergei Alkhimov, 18, and a conditional sixth-round pick in 2022 on Tuesday.

The five-foot-11-inch 195 pounder is coming off a WHL Championship run, falling to the Prince Albert Raiders.

Holt scored seven goals and had 16 points in 22 games during that run.

“We are happy to add Dawson to our club,” said John Paddock, Regina Pats VP of hockey operations and general manager.

“He is a veteran guy who is coming off a really good playoffs and will be a big part of our team this season.”

Holt was drafted eighth overall in the 2014 Bantam Draft and has amassed 76 points in 200 regular season games, all with the Giants.

Alkhimov scored 13 goals and added 14 assists in 66 regular season games in 2018-19, his first and only season with the Pats.

“We wish Sergei all the best in Vancouver,” Paddock said. “He is headed to a great organization and we know he will help their club.”

With the trade, the Pats can make one selection in the 2019 CHL Import Draft on Thursday where they’ll be choosing seventh overall.