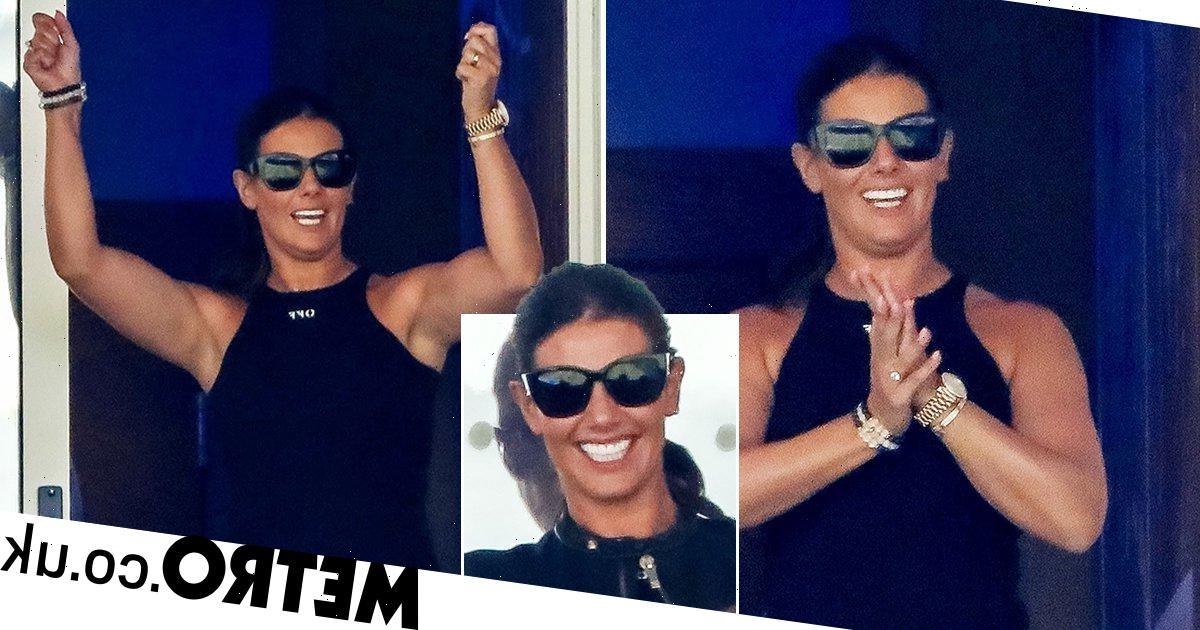 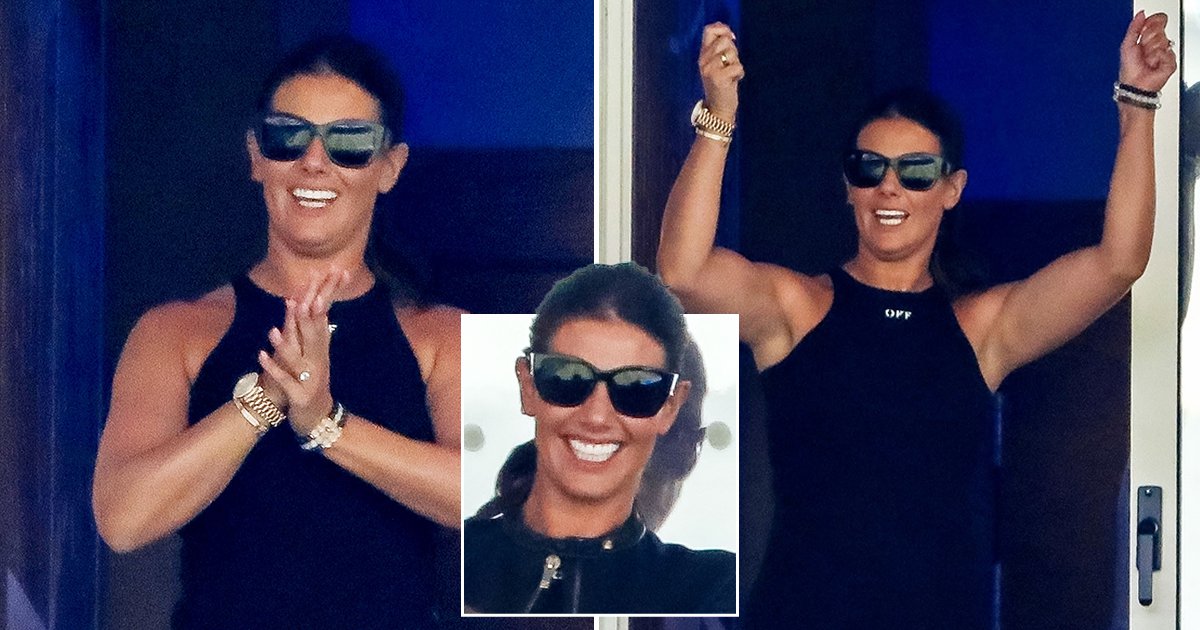 Rebekah Vardy was in great spirits as she supported husband Jamie Vardy at his latest football match over the weekend, with her legal woes somewhat behind her.

The former I’m A Celebrity… Get Me Out Of Here star has faced challenging times in recent months after taking Coleen Rooney to court in a libel trial dubbed Wagatha Christie.

It stemmed from Coleen, 36, publicly accusing Rebekah’s Instagram account of leaking false stories about her to the press. Mother-of-four Coleen, who is married to former England star Wayne Rooney, made the shocking claim on social media in October 2019 after conducting a ‘sting operation’.

Rebekah, 40, vehemently denied the allegations but a judge ruled in Coleen’s favour and found that she didn’t libel her with the claim.

Days after the ruling, Rebekah addressed the verdict in her first TV interview since the trial ended but it looks as though she’s moving forward from the drama as she was in a cheerful mood on Sunday afternoon while watching husband Jamie on the pitch.

Watching from the VIP section at King Power Stadium in Leicester, Rebekah was seen throwing her hands in the air in celebration as Vardy’s team Leicester City scored two goals, eventually drawing with Brentford.

Rebekah isn’t the only one enjoying herself after the trial as Coleen was spotted partying at the Westlife concert in London on Saturday night. The author was seen mingling with the group themselves backstage, standing in the middle of Shane Filan, Kian Egan, Mark Feehily, Nicky Byrne and TV presenter Rylan Clark following their performance at Wembley Stadium.

During her interview with TalkTV’s Kate McCann, Rebekah said she regretted her previous comments about Peter Andre after comparing his penis to a ‘miniature chipolata’, while also claiming to have job offers pouring in despite the explosive libel trial.

She also dismissed rumours that she is struggling to pay what could be extremely substantial legal fees after she lost the case.

Asked about having to deal with the bill, Rebekah insisted it does not worry her ‘at all’.

‘Legal fees will be dealt with privately the way they should be,’ she said, adding: ‘There shouldn’t be any gloating to do with finances.’

She let out a laugh when she was asked about reports claiming she would be forced to sell some of her properties to help pay for the court case.

‘There’s been quite a bit of speculation about other homes abroad, and that’s categorically not true,’ Rebekah insisted, adding that there had been ‘lots of things about lots of stuff but I don’t read the press’.