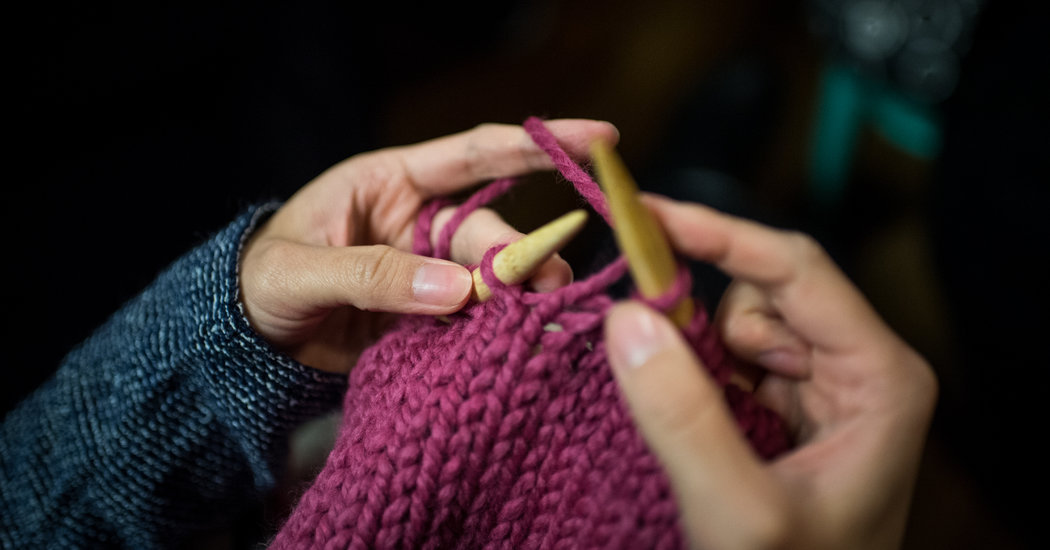 Traditionally, politics are not for the dinner table. Or the crafting circle.

But on Sunday, Ravelry, a popular website for knitters and crocheters, took a political stand when it announced that it was banning content that supports President Trump, in what it said was a resolution against white supremacy.

“We cannot provide a space that is inclusive of all and also allow support for open white supremacy,” the site said in a statement explaining the decision. “Support of the Trump administration is undeniably support for white supremacy.”

The policy applies to content on the site, including knitting patterns and forum posts, but not to people, according to Ravelry, which said it still welcomed Republicans and those with conservative political views. “You can still participate if you do in fact support the administration, you just can’t talk about it here,” the statement said, adding that “hate groups and intolerance are different from other types of political positions.”

The announcement led to a swift and intense reaction from all corners of the knitting world, whose denizens range from twentysomethings in Brooklyn to grandmothers in the Midwest. Some people condemned the policy as liberal bias and promised to delete their accounts, while others said they had “never been prouder to be part of this community.”

Alicia Garcia, 34, a Ravelry user from Las Vegas, who supports Mr. Trump for what she sees as his patriotism, economic success and tell-it-like-it-is style, said she felt “ostracized” by the decision.

Ms. Garcia said she discovered knitting when she was pregnant a few years ago and, as a parent who stays at home to care for her three children, had come to enjoy the community on Ravelry. She frequently turned to it for knitting tips as she made clothes for her children and gifts for other babies. Now, she wonders: “Do I have to be silent? Are they going to ask, ‘Oh, are you a Trump supporter?’ and if I say yes, then boom, I’m gone?”

She said that the site, which promotes its inclusivity, should not target a specific group. “If it’s one way, then it should be both ways,” she said. “No politics on this group at all.”

Nadira Adams, 34, a knitwear and textile designer in California, said she personally agreed with the policy but worried that it raised broader political questions. “If you take this stand, then you have to really question what other political stands you are going to take and what other politicians are O.K. and what aren’t,” she said.

“In a perfect world, we would just craft,” she said. But she noted that “if people are made to feel uncomfortable, then it’s something that needs to be addressed.”

Ravelry, which says it has eight million members, was shut down to new users on Monday, and the site’s leadership did not respond to multiple requests for comment.

On the site’s forums, several posts about the ban had been locked, archived or deleted by moderators. “Kill yourselves,” one protester said. “Boycott Ravelry,” said another. “Just wow,” one user wrote. “I didn’t vote for him. But I don’t support this. I don’t support thought police.”

Knitting and crocheting are known for bringing people of all walks of life together. There are knitting groups for church missions and pregnant mothers, gay and transgender people and black liberation. But in the era of Instagram and Etsy, the craft, historically practiced by older women, has also experienced a clash of cultures as it finds a new following among a younger demographic.

In recent years, knitted products have become weapons in the fight for women’s rights, including a campaign to send knitted vaginas to male members of Congress, and the campaign during the first Women’s March in 2017 to wear pink “pussyhats” in protest of remarks made by Mr. Trump on the “Access Hollywood” tape.

It was unclear exactly what prompted the Ravelry policy change on Sunday. But the post announcing the decision cited as its inspiration a similar policy at RPG.net, a gaming site that enacted its own ban on Trump support in October 2018.

Mr. Trump’s immigration policies, which have included separating children from their families at the Mexican border, have drawn renewed scrutiny in recent days amid reports about poor treatment of detained migrants. In 2017, he was criticized for saying there was blame on “both sides” of a deadly rally in Charlottesville, Va., in which white supremacists clashed with counterprotesters in a fight over Confederate monuments.

“The knitting community has been this happy little bubble for a long time,” said Amy Singer, the editor of Knitty, an online knitting magazine, which for years had a policy of “no religion, no politics.” 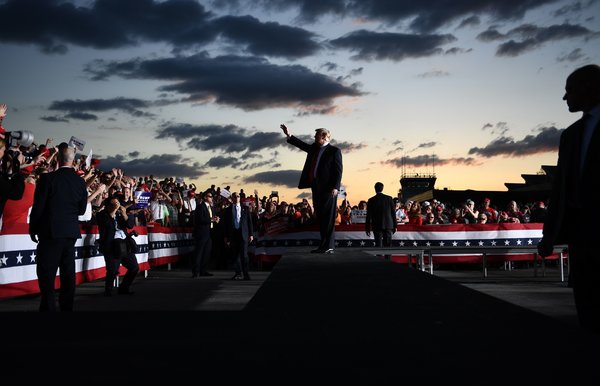 But as has happened elsewhere in society, she said, the bubble burst because not everyone felt included. This year, knitters of color began speaking out on Instagram about their experiences with racism and prejudice in the community.

The community has also recently been talking about other issues of equality, including the size and racial representation of online models, as well as economic diversity, Ms. Singer said.

“There are people who have been talking down to other people because they can’t afford anything better than craft yarn from Michael’s,” she said. “Knitting has always been political, whether you believe it or not.”

Besides discussions of crafting, Ravelry has many forums that center on other hobbies: Crockpot Love, with its nearly 6,000 members; Knit ’n Bake, with more than 3,000; Sox Knitters, with more than 1,000 knitters who also want to discuss the Boston Red Sox; and Running With Sharp Objects, where more than 2,000 members talk about their exercise regimens.

And then there are the groups devoted to political commentary and current events. One of the largest, the Pussyhat Project, which made pink hats during the Women’s March, describes its more than 4,500 members as “progressive activists that craft the way forward.” (Recent posts include: “She Persisted!” and “Michael Cohen Testimony.”) Another group, Welcome Blanket, is dedicated to using 2,000 miles of yarn — the length of the proposed border wall with Mexico — and making individual blankets for refugees.

Judy Martinez, 63, of Morristown, N.J., did not come to the craft for politics. She said she started knitting at a local store during a stressful time in her life. “There was a lot of anxiety and a lot of pressure,” she said. “It was very calming.”

Similarly, she said, Ravelry offers social support by allowing people to ask for feedback and tips on particular patterns, similar to sharing pointers on how to cook a recipe.

Ms. Martinez, who buys patterns from Ravelry, said she was pleasantly surprised by the site’s announcement. “They really took a stand,” she said. “So many of the companies don’t do that and sit at the sidelines. The fact that they did that was impressive to me.”

But she also noted that Ravelry had a monopoly on the market — it has been described as the Facebook of knitting — and was in a position to take a chance.

Before moving to California, Ms. Adams, the knitwear designer, founded a knitting group in Brooklyn dedicated to two of her passions, “Chocolate + Yarn.” She said she had also hosted craft events at a shelter for women and children and held free events in London, and witnessed how it brought people from varying backgrounds together.

“There is something about crafting that is therapeutic. It transcends language, transcends what you are going through,” she said. “I hope this doesn’t overshadow the wider meaning and the wider connection.” 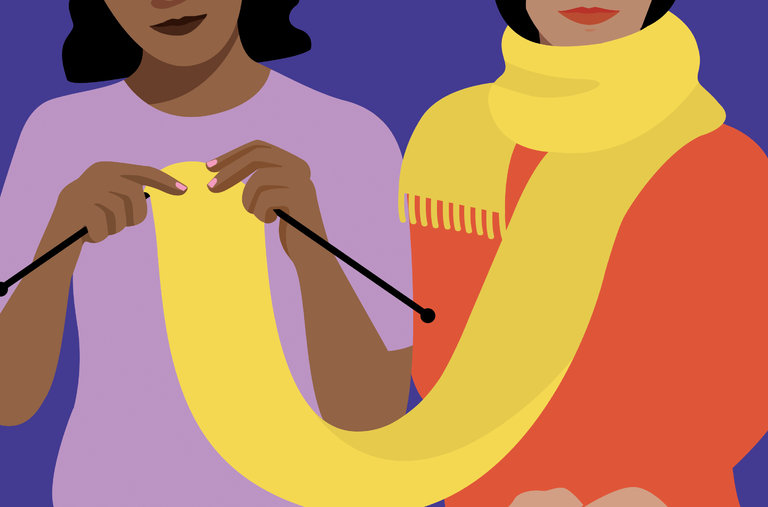 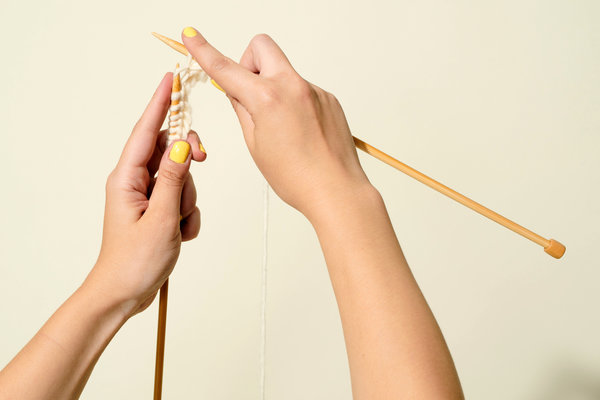 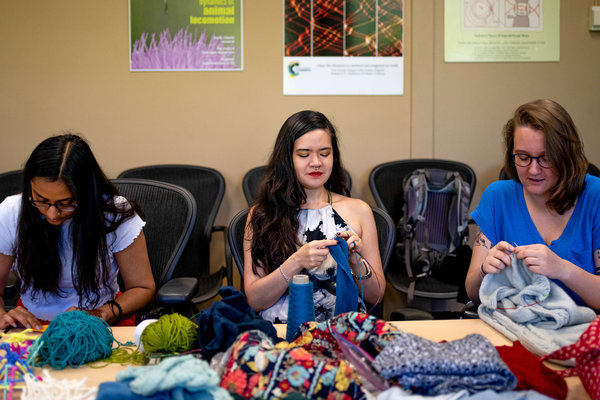 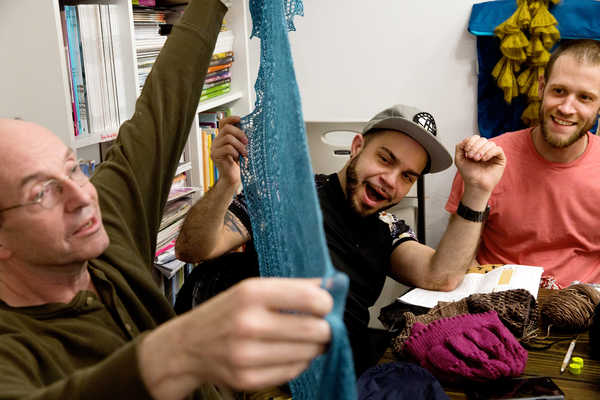 Sarah Mervosh covers breaking news from New York. She was previously an investigative reporter at The Dallas Morning News.