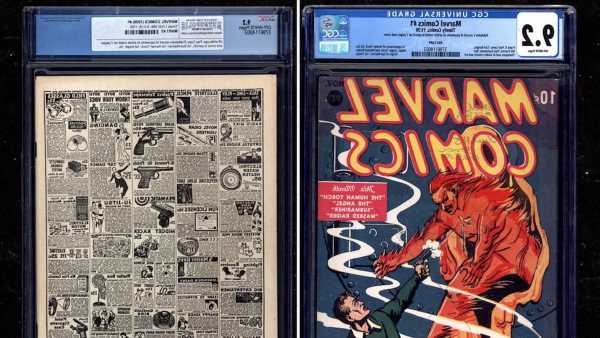 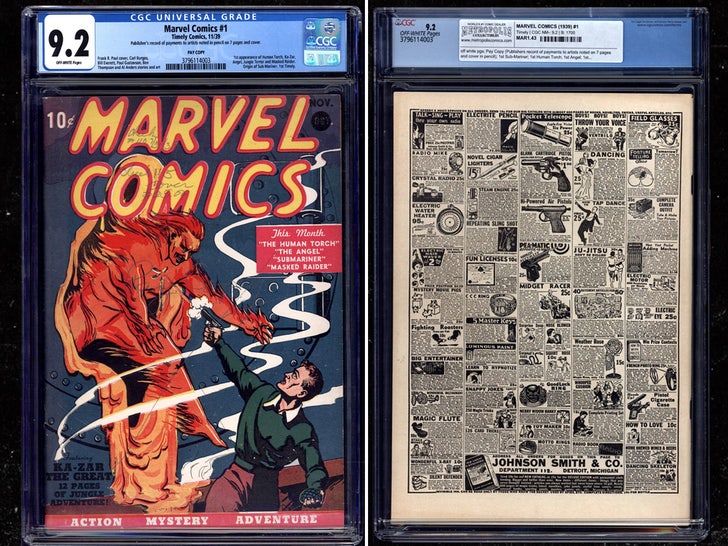 A copy of the first-ever Marvel comic book sold at auction for $2.4 million, so presumably if the buyer does a Capital One commercial, the answer to the question, “What’s in your wallet?” — “Nothing.”

Vincent Zurzolo, COO of ComicConnect.com tells TMZ … the prize was “Marvel Comics #1,” first released in 1939. The issue features characters like “The Human Torch” and “Masked Raider.”

We’re told the buyer is a passionate comic collector who understands the significance of the comic and its place in superhero history. Of course, Marvel has taken off since its first issue, but this is the one that started it all.

This copy — in near-perfect condition — is known as the “pay copy,” because it was used by publisher Lloyd Jacquet to record payments for his artists … featuring hand-written reimbursement notes to the artists.

The comic also featured Submariner, rumored to be in the new “Black Panther” film which is supposed to premiere at the end of this year. Fans would go nuts seeing one of the first characters ever splashed on the big screen.