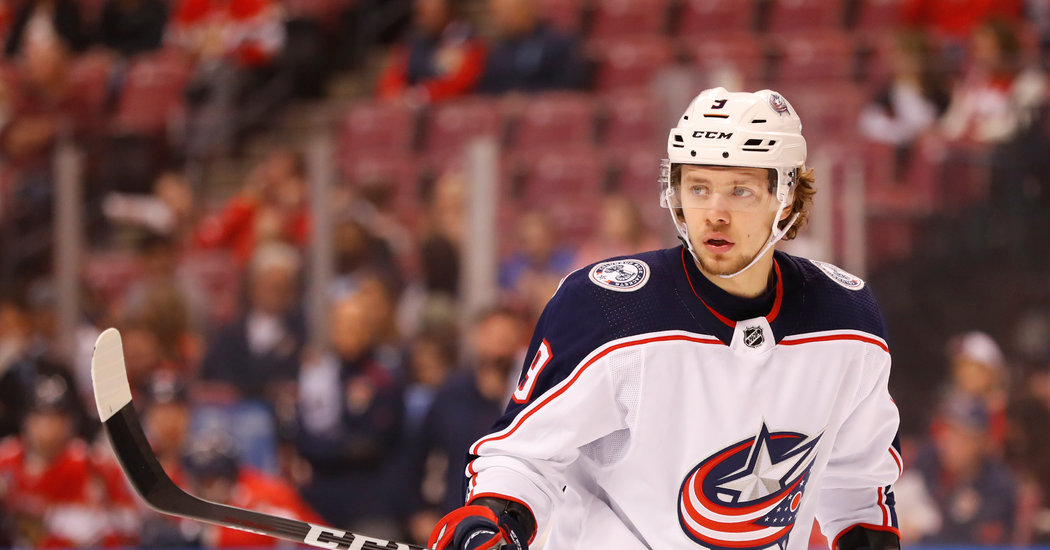 The Rangers continued their roster revamp with their biggest splash yet on Monday, signing the high-scoring forward Artemi Panarin to a seven-year, $81.5 million contract.

Panarin, a 27-year-old Russian, was among the most-sought free agents. He had 28 goals and 59 assists for the Columbus Blue Jackets last season, his fourth year in the N.H.L.

The addition of Panarin continues a dramatic overhaul of the Rangers roster after they missed the playoffs for the second straight season.

John Davidson, the former president of the Blue Jackets, joined the Rangers in the same capacity in May. The Rangers have since acquired the elite defenseman Jacob Trouba from the Winnipeg Jets and drafted the Finnish forward Kaapo Kakko second overall last month. They also expect to have the Russian forward Vitali Kravtsov, a first-round pick last year, on the team next season.

The signing comes a day after the Knicks, with the same owner and arena as the Rangers, failed to land the N.B.A. free agents Kevin Durant and Kyrie Irving, who signed with the Nets instead. Panarin had also been courted by the Islanders, who share an arena with the Nets.

Panarin represents the type of pure scorer the Rangers haven’t had since Marian Gaborik registered two 40-goal seasons a decade ago. Panarin has 116 goals and 204 assists in four seasons with Chicago and Columbus. He won the Calder Trophy as the league’s best rookie in 2015-16 and is one of three undrafted players in league history to record at least 70 points in each of their first four seasons. The other two are Wayne Gretzky and Peter Stastny.

The Rangers also traded forward Jimmy Vesey to the Buffalo Sabres for a third-round draft pick in 2021. Vesey, 26, was a coveted free agent out of Harvard in the summer of 2016. He had 40 goals and 50 assists in 240 games over three seasons with the Rangers.

Also on Monday, the former Ranger Mats Zuccarello, traded to Dallas in February, joined the Minnesota Wild with a five-year contract worth $30 million.

The top forward Matt Duchene, 28, signed a seven-year, $56 million with the Nashville Predators. He finished last season with Columbus after a trade from Ottawa, scoring a career-best 31 goals combined.

The former Anaheim star Corey Perry signed a one-year deal with Dallas after 14 seasons with the Ducks.

Detroit signed 35-year-old forward Valtteri Filppula after he scored 17 goals in 72 games for the Islanders last season. Filppula spent the first eight seasons of his N.H.L. career with the Red Wings.