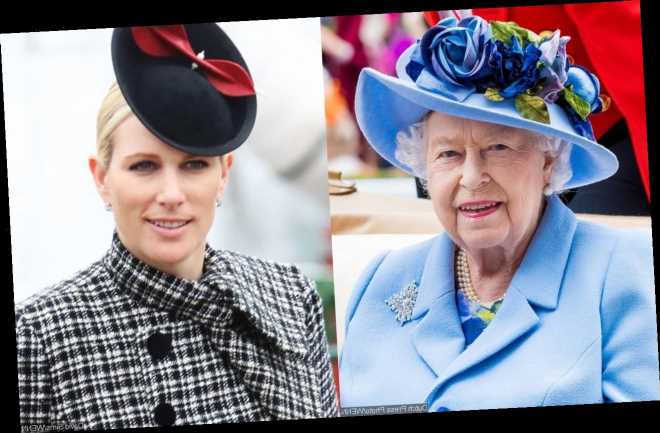 The equestrian and daughter of Prince Anne is now a mother of three after she gave birth to a baby boy on the bathroom floor of their home, her husband Mike Tindall confirms.

AceShowbiz -The British royal family is expanding with a new addition of a little bundle of joy. Queen Elizabeth II’s granddaughter Zara Tindall has welcomed her third child with her husband Mike Tindall after giving birth to a baby boy at home on Sunday evening, March 21.

Responding to the news of the baby’s arrival, a Buckingham Palace spokesperson told CNN that the Queen and her husband Prince Philip, Duke of Edinburgh, are “delighted with the news.” They hope to see their new great-grandchild when “circumstances allow.”

It was Zara’s husband Mike himself who first shared the news to public. In an episode of his podcast “The Good, The Bad and The Rugby” published Wednesday, March 24, he detailed his wife’s dramatic delivery as they realized they wouldn’t make it to the hospital in time.

The baby was born on the bathroom floor of the couple’s home in Gloucestershire, southwest England, around 6 P.M. on Sunday, after he “arrived very quickly.” Mike recalled, “It was running to the gym, get a mat, get into the bathroom, get the mat on the floor, towels down, brace, brace, brace.”

Luckily, the midwife, who was supposed to meet them at the hospital, was on the scene quickly because she wasn’t far away, and a second came “as the head arrived,” the captain of the English rugby team revealed. He went on sharing that Zara is feeling healthy and has been on a walk with the baby.

Mike sang praise for his wife, “She was a warrior, as always, they always are. We can never judge a woman in terms of what they have to go through at childbirth,” adding that he was able to watch an old rugby game and some golf with his new son at home immediately after Zara gave birth.

The baby is named Lucas Philip and weighed 8 lbs 4 oz at birth, a spokesperson for the couple confirms. The newborn joins big sisters 7-year-old Mia and 2-year-old Lena. As to how their two eldest children reacted to being big sisters, Mike said the girls were not at the house on Sunday for the new arrival but have seen him since and are “over the moon.”