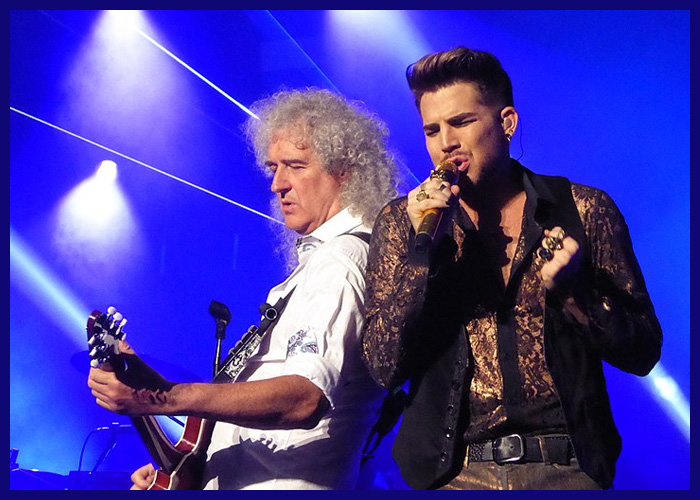 Queen and Adam Lambert were joined by the Dallas Cowboys cheerleaders during a recent performance in Dallas.

The group, which are currently in midst of their Rhapsody Tour, were joined by the cheerleaders on Tuesday night as they performed fan-favorite song “Fat Bottomed Girls.”

Queen kicked of the U.S. leg of their most-anticipated Rhapsody Tour on July 19 at the Forum in Los Angeles. They will be on the road in the U.S. throughout July and August, with trek wrapping up on August 23 at the Spectrum Center in Charlotte, North Carolina.

Lambert and the remaining Queen members first collaborated together during the 2009 finale of “American Idol”.

They performed again together at the 2011 MTV Europe Awards and started touring together the next year as Queen and Adam Lambert.