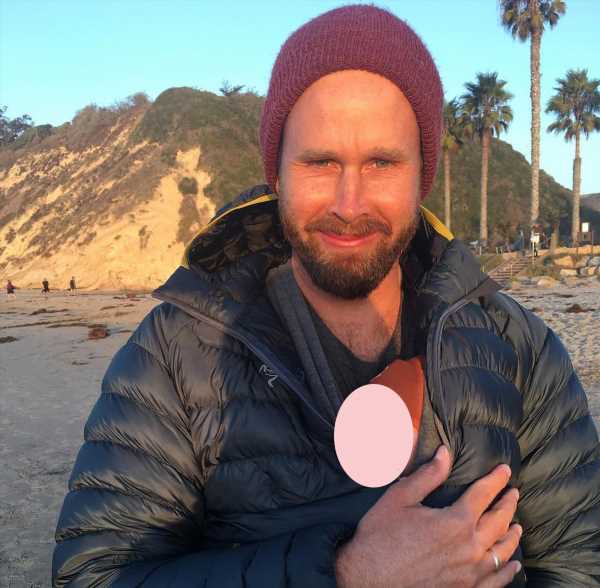 The surf school owner who allegedly murdered his two children after becoming a QAnon conspiracy theorist is begging his friends for forgiveness before his trial.

As we reported, Matthew Taylor Coleman made headlines earlier this year after allegedly kidnapping and slaughtering his kids, 2-year-old Kaleo and 10-month-old Roxy, with a spearfishing gun. An FBI criminal complaint claimed the 40-year-old told agents he was motivated by the “big tent QAnon conspiracy theory” that purports former President Donald Trump is secretly battling an evil cabal of Satan-worshipping Democratic pedophiles. He told them, per reports, that he had become convinced by the Q sites that they had “serpent DNA.”

Now, four months after being charged with the shocking murders killing, Matthew has apparently finally faced what he’s done and is full of remorse. We know based on a letter he penned to his loved ones looking for a shot at redemption. One of the friends who received the note told People:

“He’s really despondent and hopeless. He’s alone with his thoughts 24/7. He’s reflecting on the mistakes he made in life and wondering if there’s any chance for redemption.”

We cannot imagine. The horror at having hurt your children, it’s just unfathomable.

The insider, a childhood friend of the suspect, went on to say that while the California resident is seeking forgiveness, he knows he deserves to be punished for what he did, adding:

“He poured out his heart. He begged for forgiveness, but says that he’s now where he deserves to be.”

The friend added that Colman was dreading the holidays in jail, noting:

“He said he’s sorry, that he never wanted to cause pain, and that he’s working through why he made the choices he made. It was a very sad note.”

In the wake of his arrest in August, Coleman told feds that “he received visions and signs that his wife possessed serpent DNA and had passed it onto his children,” per the complaint, and claimed he was “saving the world” because his children were “going to grow into monsters.”

Without his wife Abby’s knowledge, he took the children in the car with him, crossed the Southern border, and brought them to a Christian ranch in Rosarito, Mexico, where he shot them both in the hearts with a spearfishing gun. According to court documents, when the young children didn’t die right away, Coleman stabbed his son 17 more times and his daughter 12 more times, cutting his own hand in the process. He then put his children’s bodies in some nearby brush, threw away their bloody clothes in a trash bin, and threw the spearfishing gun near a creek.

After seizing Coleman’s computers and phones, the FBI believes he spent hours reading and posting on conspiracy theory message boards and groups. Coleman was indicted on first-degree murder charges in September, pleading not guilty in a US District Court in San Diego a month later.

If convicted, he’s eligible for the death penalty.

If you or someone you know is getting into Q conspiracy theories and you’ve just been ignoring it, please reconsider. This is not the first person to fall too deep down the rabbit hole and get their worldview twisted — and sadly, we doubt he will be the last.