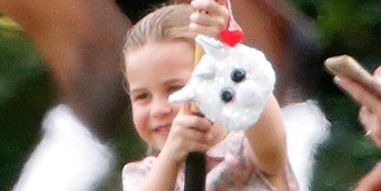 Yesterday, a new photo of Prince William and all three of his children was unveiled by The Army in London in honor of Prince George’s sixth birthday. However, the birthday boy wasn’t the only star of the impromptu family portrait. Four-year-old Princess Charlotte was also exceptionally adorable and stylish. Standing front and center in a floral pink dress, she accessorized her outfit with a furry, sequined unicorn purse.

Other photos from the King Power Royal Charity Polo Day match on June 10, attended by multiple members of the royal family, show that Charlotte was proudly toting the purse throughout the event. She held it high while playing with a polo mallet and was later seen holding it while enjoying snacks with her siblings by a car. 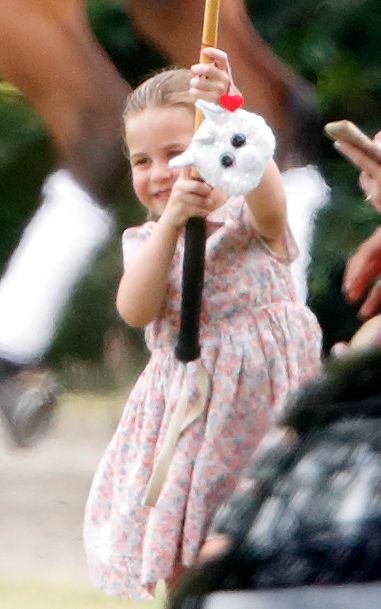 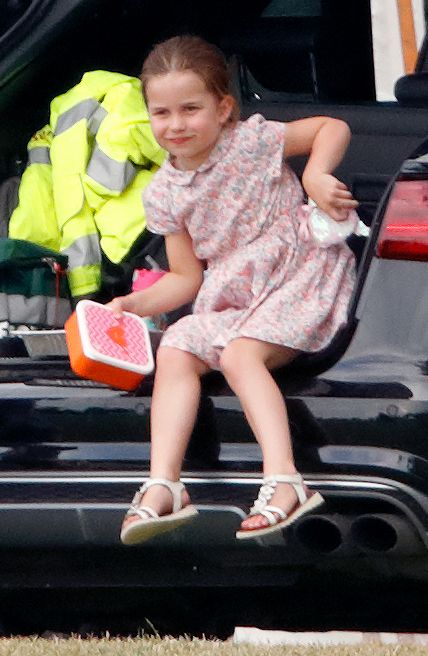 As Yahoo UK pointed out yesterday, the whimsical accessory is actually available on Amazon for less than $10. The wristlet is made by the toy manufacturer Ty (the Beanie Baby brand), making it perfect for kids. 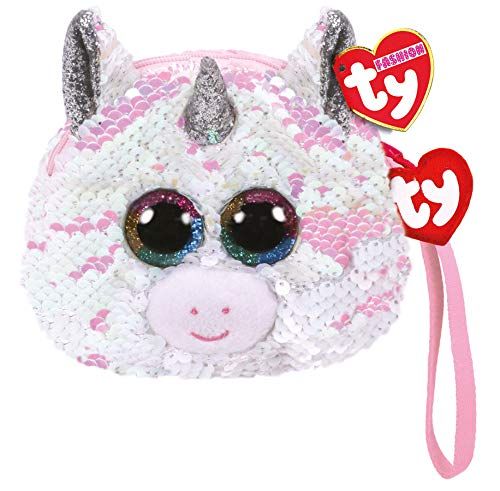 It’s unclear whether Charlotte’s wearing of the bag has influenced spikes in sales yet, but don’t be surprised if it soon does. Like Catherine, Duchess of Cambridge, and Meghan, Duchess of Sussex, the four-year-old princess has been responsible for sold-out styles after wearing them in public. After visiting the hospital for Prince Louis’s birth last year, the floral Little Alice London frock she wore for the outing sold out completely in 24 hours. Even the tiny John Lewis sheep cardigan she donned in her second-birthday portraits quickly sold out after the images were released. 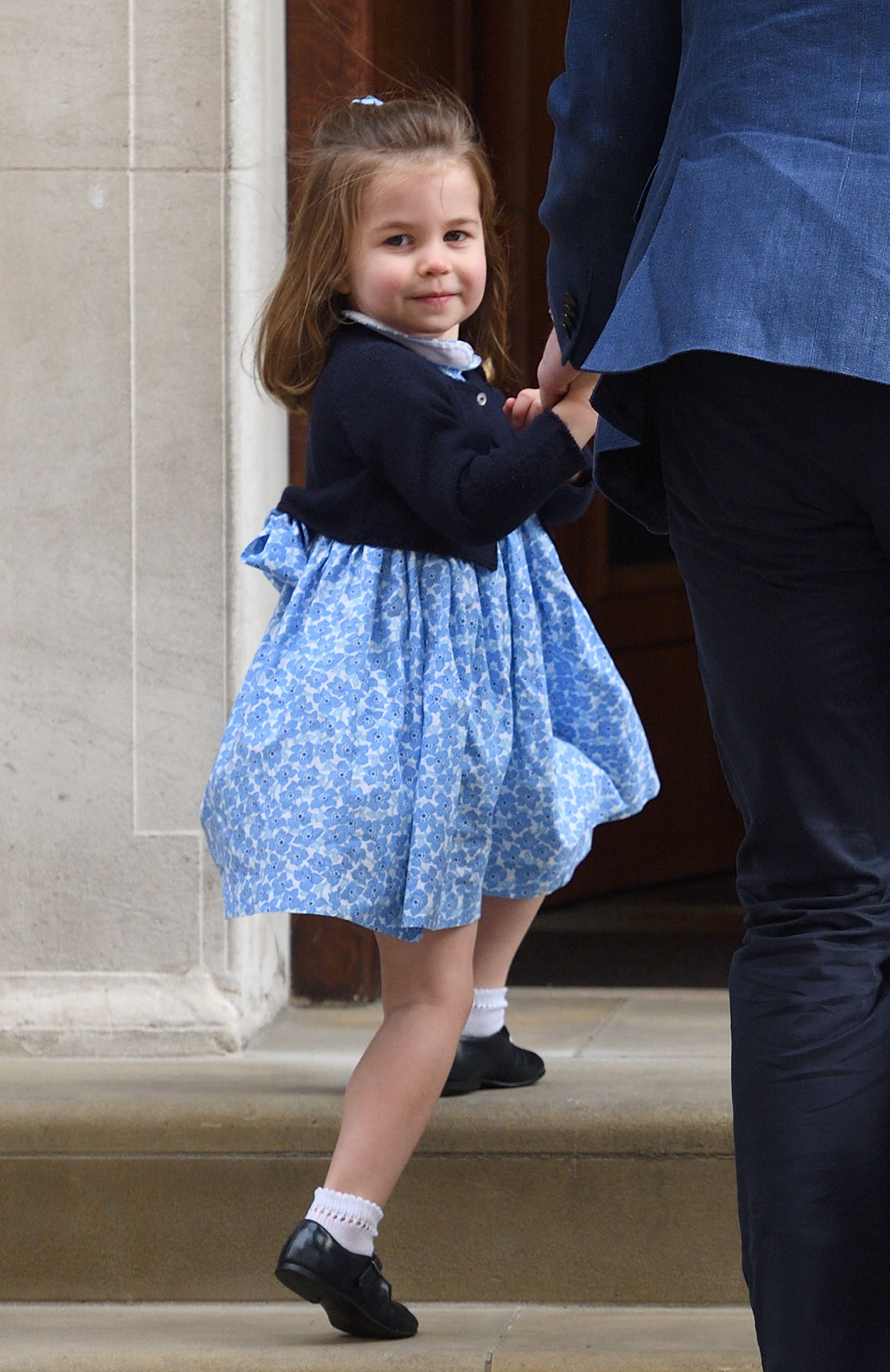 Members of the royal family are just as influential in shopping as “influencers” are on Instagram. A study published last year showed that when Kate wears a British product, she increases the item’s desirability for American consumers by 37.6 percent. Similarly, Meghan moves the needle by 35 percent. But let’s not overlook the influence of our pint-sized royal influencers-in-the-making.

Am I well beyond the age of four years old? Sadly, yes. Do I have any reasonable need for a unicorn purse? Absolutely not. But Princess Charlotte rocks her accessory with such conviction, I might as well try it out. Isn’t that how influencing works anyway?