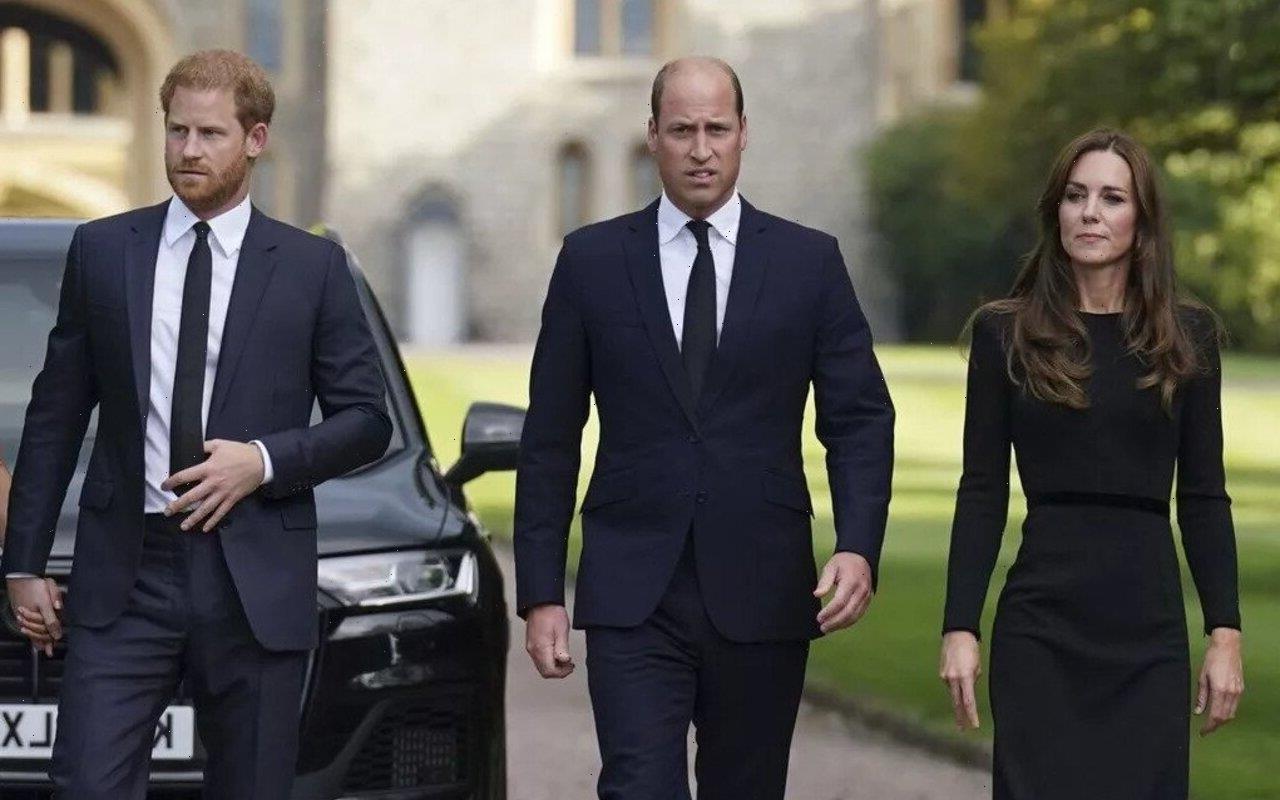 According to the Duke of Sussex, his older brother and sister-in-law encouraged him to don Nazi outfit when he asked for their opinion about what to wear to a costume party.

AceShowbiz –Prince Harry has alleged the Prince and Princess of Wales told him to wear a Nazi uniform to a party. In 2005, the Duke of Sussex sparked outrage when pictures showed him in the military costume, complete with a swastika on his left arm, at the “native and colonial” themed party thrown by show jumper Richard Meade, but he’s insisted his older brother, Prince William, and sister-in-law Catherine “howled” with laughter about the outfit and encouraged him to put it on for the bash.

“I phoned Willy and Kate, asked what they thought. Nazi uniform, they said. They both howled. Worse than Willy’s leotard outfit! Way more ridiculous! Which, again, was the point,” Harry wrote in the book of his deliberations between the controversial costume or a pilot’s get-up, according to Page Six who have obtained a leaked copy of his upcoming memoir “Spare“.

The 38-year-old prince, who was 20 at the time of the party, recently spoke of his regret about wearing the uniform. He said on the third episode of Netflix docuseries “Harry & Meghan“, “It was probably one of the biggest mistakes of my life. I felt so ashamed afterwards.”

“All I wanted to do was make it right. I sat down spoke to the Chief Rabbi in London, which had a profound impact on me. I went to Berlin and spoke to a Holocaust survivor. I could have just ignored it and gone on and made the same mistakes over and over again in my life. But I learned from that.”

At the time of the scandal, Harry apologised for his “poor choice.” He said in a statement, “I am very sorry if I caused any offense or embarrassment to anyone. It was a poor choice of costume and I apologise.”

Buckingham Palace and Kensington Palace both declined to comment.