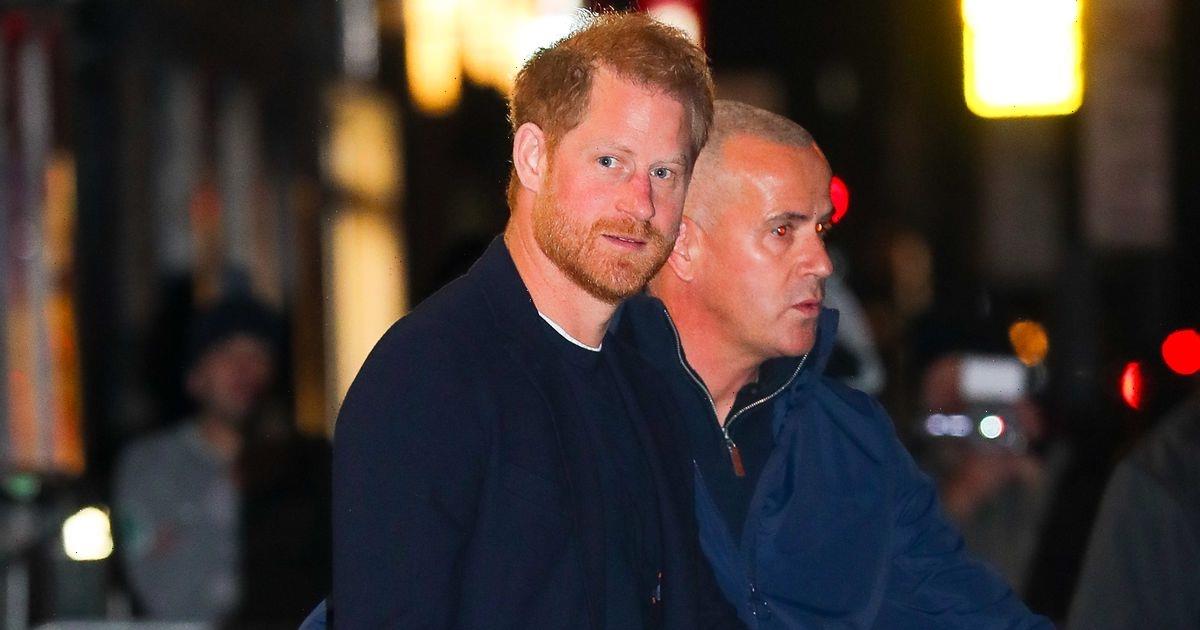 Prince Harry was protected by armed bodyguards as he continued to promote his bombshell memoirSpare in the US.

The Duke of Sussex was in New York City to record an interview for The Late Show with Stephen Colbert as part of his media blitz to push his controversial autobiography – which wasofficially released on Tuesday.

The 38-year-oldroyal was accompanied by a guard carrying a Glock lock box, used to carry the semi-automatic pistol and ammunition.

Harry has become increasingly concerned for his security since stepping back from senior royal duties in 2020 meant he no longer benefited from round-the-clock protection.

He has previously taken legal action against the British governmentover the decision not to allow him to pay for police protection when he visits the UK.

The Duke has reportedly said that paying for private armed security is one reason for him signinglucrative deals in the US – including for his memoir.

On Monday, Harry was photographed waving to crowds as he left the Late Show studios following his interview with Colbert, which will air on Tuesday night.

Broadcaster CBS added: “The interview will be Prince Harry's first time visiting The Late Show with Stephen Colbert and coincides with the release date of his new memoir, Spare.”

Harry has taken part in aseries of TV interviews in the UK and the US to coincide with the launch of his book.

On Monday morning he appeared on Good Morning America, telling host Michael Strahan that he would likely never return to live in the United Kingdom.

And in an interview with 60 Minutes on Sunday, Harry explained why he had gone public with his grievances about life in the Royal Family.

He said: “Every single time I've tried to do it privately there have been briefings and leakings and planting of stories against me and my wife.

“You know, the family motto is never complain, never explain.

“But it's just a motto. And it doesn't really hold.”

Spare was officially released on Tuesday – bringing anew round of attacks on his family.

The Duke of Sussex does not hold back in the book – with criticism directed towards his brotherPrince William and step-motherQueen Consort Camilla – as well as fatherKing Charles and sister-in-lawKate Middleton.

In the book, Harry recalled the first meeting between William, 40, and his wifeMeghan Markle, 41, writing how his brother"recoiled" after the former actress went to hug him.

And in the book, Harry also accusedPrincess Diana’s former butlerPaul Burrell of “milking” her death when he released his book A Royal Duty in 2003.