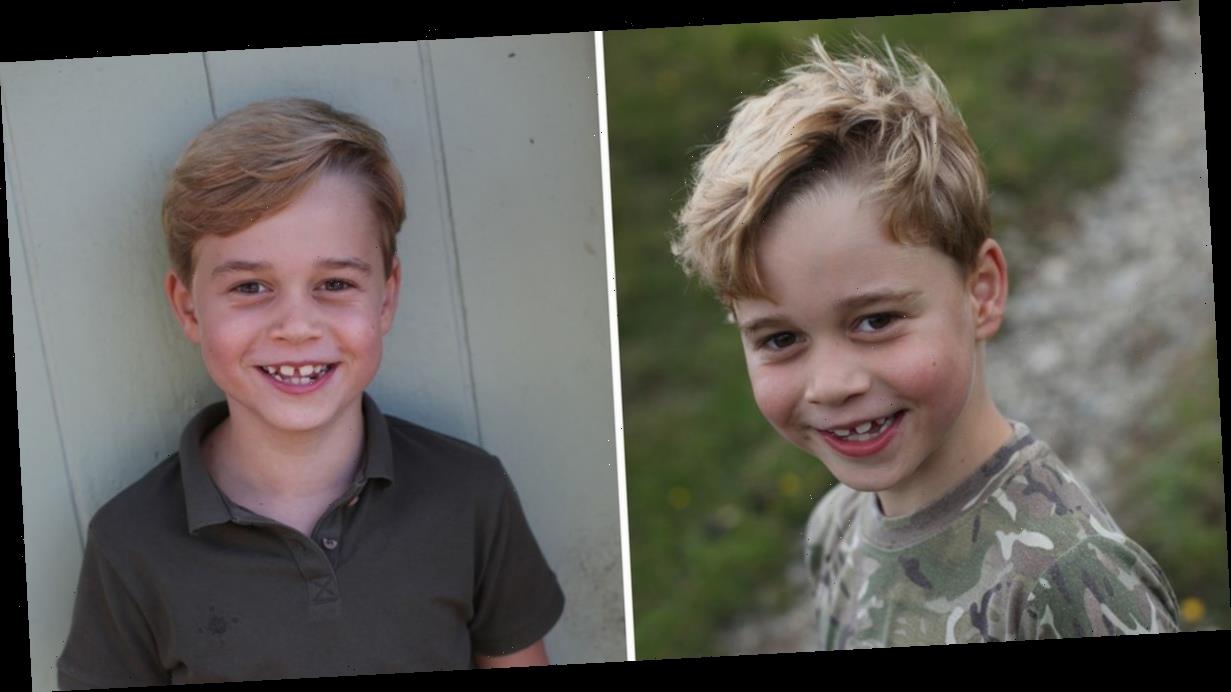 George, who turns seven on Wednesday, is seen beaming for the camera in two photos taken by the Duchess of Cambridge earlier this month.

Released by Kensington Palace, the Duke and Duchess’ son looks happier than ever at the family home in Norfolk, where they have been spending lockdown and homeschooling their children.

Wearing a green polo neck shirt, little George shows off a toothy grin while smiling for the photographs taken by his mother at Anmer Hall.

In another photo, the first-born child of William and Kate sports a camouflage t-shirt while spending time outdoors with the Duchess.

The photos comes after Kate opened up on how life has been in lockdown, while spending time at home with George, Princess Charlotte, five, and Prince Louis, two.

Who are the godparents to the royal children? From Prince George to Archie Harrison

The Duchess of Cambridge admitted it was hard to keep up with her children's appetites.

She said: "My children have bottomless pits. I feel like a constant feeding machine for them."

Kate also admitted that struggled getting her youngest son, Prince Louis to understand why he couldn't cuddle everyone during lockdown.

She said: "He goes out wanting to cuddle anything. Especially babies younger than him."

Kate last month had also revealed her two sons had been engaging in a heated battle to grow the tallest sunflower, saying Prince George had grown "grumpy" as Louis appeared to be beating him.

She also talked frankly about how her family got through lockdown and shared that it was both "positive" and "tough" at the same time.

She said: 'It's been challenging. Some parts have been really positive, spending extra time with the kids, everything like that, but it is equally stressful.

"You are in confined spaces. And having to home school, that was a challenge. I always had a respect for teachers before but now I have a newfound respect for them."