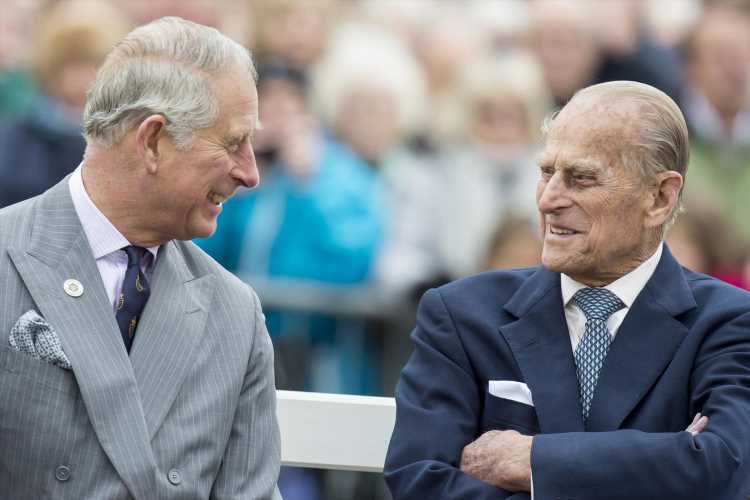 In a video message released on Saturday, Charles, the eldest son of Queen Elizabeth and her husband of 73 years, reflected on his personal loss as well as the Duke of Edinburgh's lifetime of service.

"I particularly wanted to say that my father, for I suppose the last 70 years, has given the most remarkable, devoted service to The Queen, to my family and to the country, but also to the whole of the Commonwealth," the Prince of Wales, 72, said in the message.

"As you can imagine, my family and I miss my father enormously. He was a much loved and appreciated figure and apart from anything else, I can imagine, he would be so deeply touched by the number of other people here and elsewhere around the world and the Commonwealth, who also I think, share our loss and our sorrow," Charles said.

Listen below to the episode of our daily podcast PEOPLE Every Day where we are looking back at Prince Philip's life and legacy.

As the message came to a close, Charles shared that he believes his father "would have been amazed" by the outpouring of love and support.

"My dear Papa was a very special person who I think above all else would have been amazed by the reaction and the touching things that have been said about him and from that point of view we are, my family, deeply grateful for all that," he said. "It will sustain us in this particular loss and at this particularly sad time. Thank you."

The video message came hours after Buckingham Palace announced plans for the late royal's funeral, which will take place on April 17 at St. George's Chapel at Windsor Castle.

It will be known as a ceremonial royal funeral and not a state funeral, which are generally reserved for monarchs. The funeral plans take into account the country's COVID guidelines and is "much reduced in scale with no public access," a palace spokesman said.

"While this is naturally a time of sadness and mourning for the royal family and the many others who knew and admired the Duke of Edinburgh, it is hoped that the coming days will also be seen as an opportunity to celebrate a remarkable life: Remarkable both in terms of his vast contribution and lasting legacy," the spokesman said.

Watch Elizabeth & Philip: A Royal Romance – The True Story Behind the Crown on PeopleTV.com or on the PeopleTV app.

Philip died on a significant day for the royal family: the 16th anniversary of  Charles's wedding to Camilla, Duchess of Cornwall.

Charles and Camilla, 73, did not post anything on social media to mark the anniversary on Friday. Instead, they joined the official Royal Family accounts in sharing the news of Philip's death with a black and white portrait.

Can't get enough of PEOPLE's Royals coverage?Sign up for our free Royals newsletter to get the latest updates on Kate Middleton, Meghan Markle and more!

Charles also paid his respects with a visit to see the Queen at Windsor Castle on Friday afternoon.

The visit came just hours after the Duke of Edinburgh "passed away peacefully" at Windsor Castle, where he and the monarch have spent the majority of the past year amid the COVID-19 pandemic.