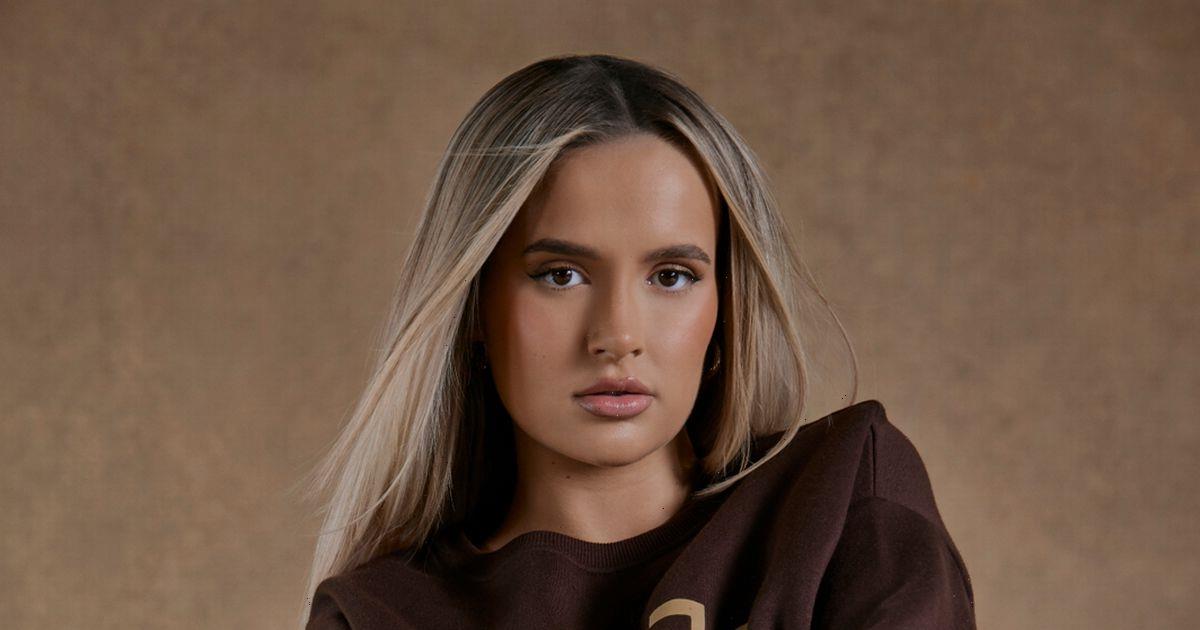 Pregnant Molly-Mae Hague looked stunning as she showcased her baby bump during a new PrettyLittleThing photoshoot for which she is Creative Director, at aged just 23.

The former Love Island star and social media sensation is expecting her first child, a baby daughter, this month, and she's been proudly showing off her bump since she announced her pregnancy in September 2022.

And show it off she did in the new campaign for PrettyLittleThing as she posed up a storm alongside two other models, modelling a number of outfits from PLT's new collection, named Renew.

In one snap, Molly-Mae put her blossoming bump on display as she modelled a tight black midi-dress and perspex heels whilst her long blonde hair was slicked back into a ponytail, and it was the focus of the shot once again as she modelled lack sleeveless catsuit.

In another, Molly-Mae flashed a hint of bare baby bump as she shot a smouldering look into the camera wearing a chocolate brown hoody and matching trackie bottoms, whilst she rocked an oversized beige hoody in another, showing off her bare legs.

Sweatshirts and tracksuit bottoms appeared to be a big theme in the line as Molly-Mae and the models rocked many varying versions, whilst all looking stunning with perfectly-applied makeup and not a hair out of place.

Molly-Mae and her boyfriend, Tommy Fury, 23, are eagerly anticipating the arrival of their first child, and Tommy has been swotting up ahead of her arrival.

Molly shared a sweet video of him reading a book gifted to him by Molly's dad on Christmas Day, which gave him tips on how to take care of a newborn baby.

The young couple already have their name picked out for their baby girl, with Molly having decided on it years ago – and thankfully, Tommy liked it too.

In a fan Q&A, Molly-Mae was asked by one fan how she chose her baby’s name, as she replied: “There was only ever one name for her. I‘ve had it picked out for years and years!

“Luckily Tommy loved it too (even if he hadn’t I would’ve had to talk him round because like I say, there was only ever one name she was having!)”

She shared a video of herself in her Love Island days as she read her couple's speech to Tommy, before the clip cut to her pregnant with Tommy cradling her baby bump.

Quoting her 2019 speech, Molly-Mae captioned the clip: "I can’t wait for the adventures that we haven’t even dreamed of yet”, followed by an angel emoji.