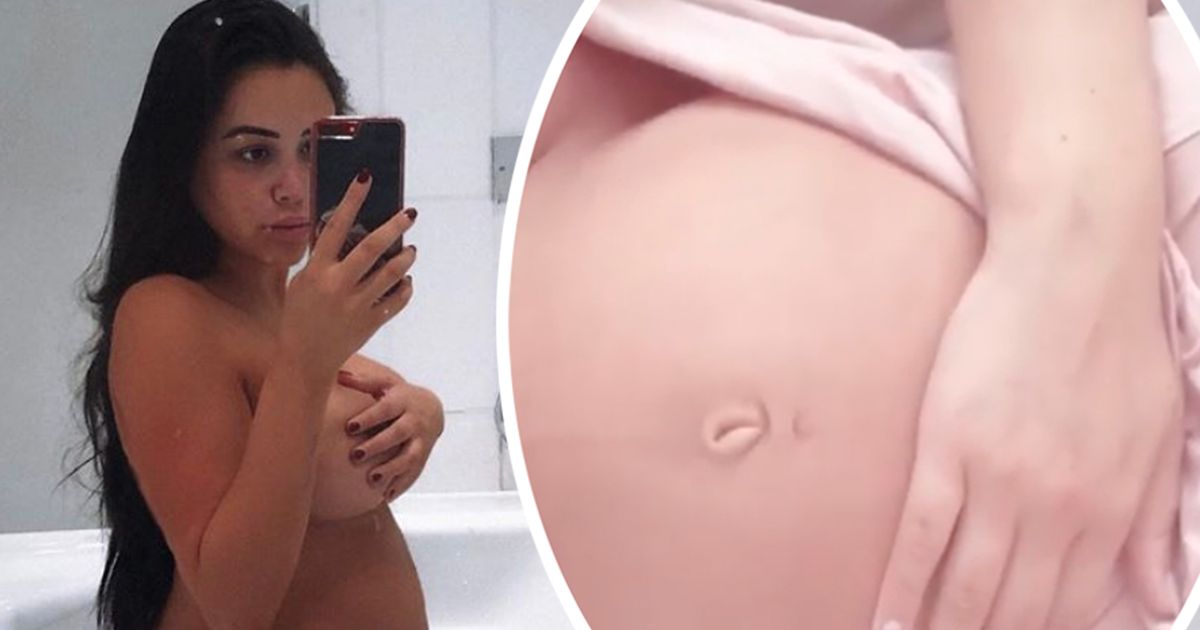 Former Geordie Shore star Marnie Simpson is set to welcome her first child with Casey Johnson in October, and has delighted fans by showing off a raw video of her blossoming baby bump.

The 27 year old shared a seven month bump video with all of her fans, as she counts down the days until her son arrives.

In the footage, Marnie adorned herself in a beautiful baby pink ensemble as she gently rubbed her tummy with pride.

She wrote: “Bump appreciation. I can’t believe my little man is gonna be here soon.

“So many emotions running through my mind. I just can’t wait to meet him.”

A day ago, Marnie revealed she and Casey had chosen a name for their little one.

Taking to Twitter, the 27-year-old wrote: “Feeling very excited right now because me and @CaseyCodyJ finally agreed on a name for our baby boy and we absolutely LOVE it.”

Marnie and boyfriend Casey recently held a gender reveal party, to confirm they were having a baby boy. Also at the party were other celebrity pals including Lauren Goodger and Bianca Gascoigne, who sent gushing messages to the mum-to-be.

TOWIE star Lauren said: “She text me to say she was pregnant and I was like ‘Oh my god’. But I knew it was a boy, I knew she was having a boy. I could tell. I literally look at people’s bodies and I know. I’m just so happy for her.”

Sophie, who is also Marnie’s cousin, said: "She’s probably the closest thing I’m ever going to get to a sister.

“The fact that she’s just announced that she’s having a baby boy – I’m so happy for her."