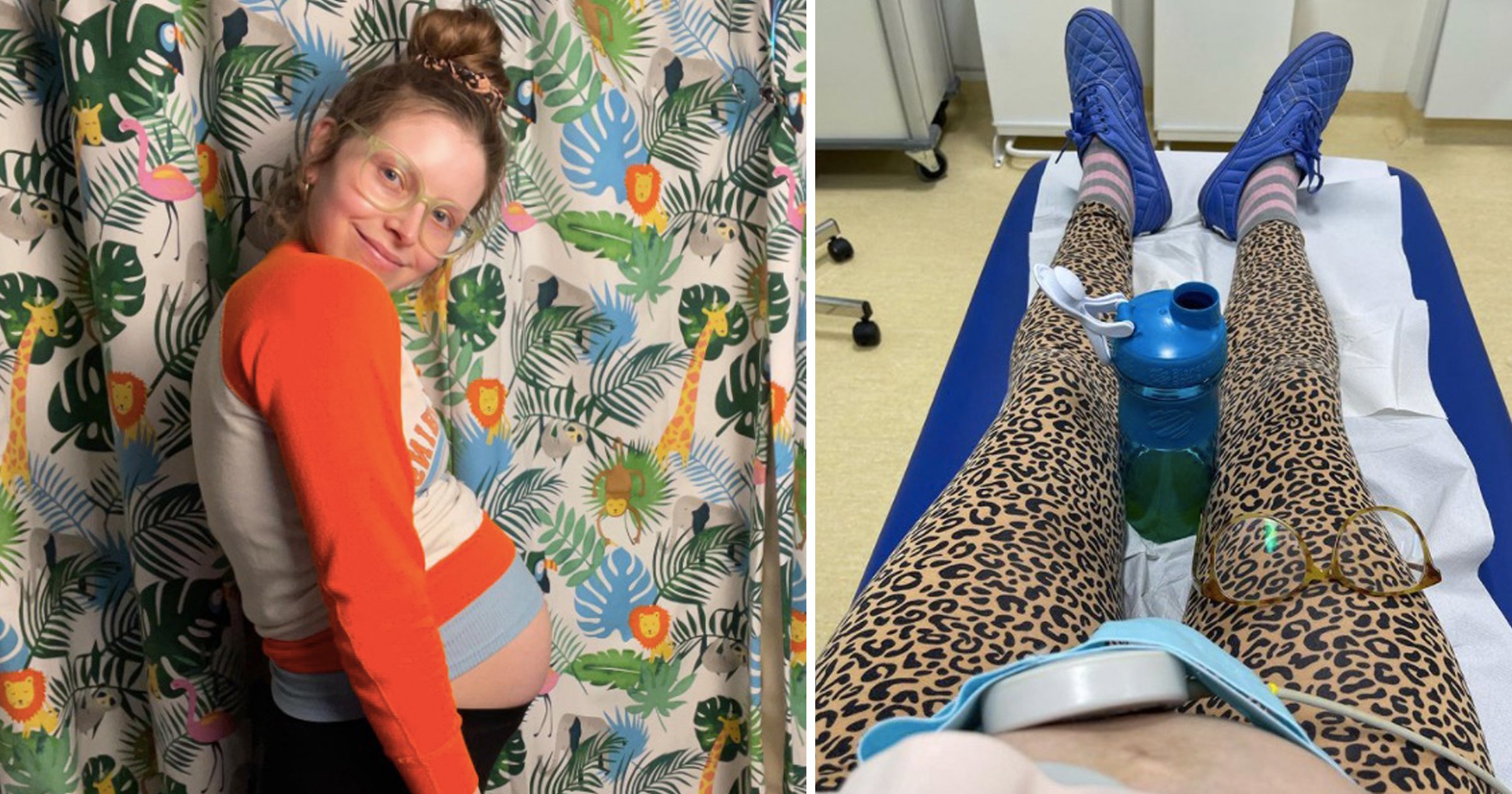 Harry Potter actress Jessie Cave has shared an update on her Covid battle after being hospitalised this week.

The 34-year-old, is currently pregnant with her fourth child, tested positive for the virus and was taken to hospital last weekend where she shared a photo of her hooked up to a drip.

On Tuesday, the actress shared a cryptic update on her health and posted a screenshot of a headline to her Instagram stories which read: ‘Duchess of Cornwall admits she’s struggling to “shake off” coronavirus.’

Jessie then added her own caption, stating: ‘Same.’

She hasn’t shared any other details on her condition but did share a heartfelt post in honour of International Women’s Day.

Alongside a black and white photo of her mum – who she bears a striking resemblance to – Jessie wrote: ‘This is my favourite photo ever of my mum Debbie, who looks after my kids so I can work and has enabled me to feel fulfilled creatively all my life, but specifically since my first son was born.

‘She also helps me run my doodle shop and has hand made every single prop or backdrop for my live shows. She’s an artist, but would never call herself that and was actually a doctor. And then mother to 5.’

She later added: ‘I send love to the women that never even realised that they were artists until too late but lived their lives content and worked hard at jobs they didn’t even like.

‘I send love to mothers who are happy they got to give their children a chance to do what they love. To be able to be an artist of any kind – today – is the greatest gift and a huge luxury and I’m grateful every day.’

Jessie, who played Lavender Brown in the wizarding franchise, announced she was expecting her fourth child with partner Alfie Brown last year.

Sharing an update on her baby journey, the actress posted a photo from her hospital bed on Sunday and wrote: ‘Triage, once again……’

‘Anyone else had covid in 3rd trimester & had it hit them like a tonne of bricks for weeks?’

She also shares children Donnie and Margot, with the comedian, with the couple adding to their brood with little Tenn in 2020.

The tot was born in October and was originally named Abraham ‘Bam’ before the couple announced that they had changed his name to Tenn shortly after.