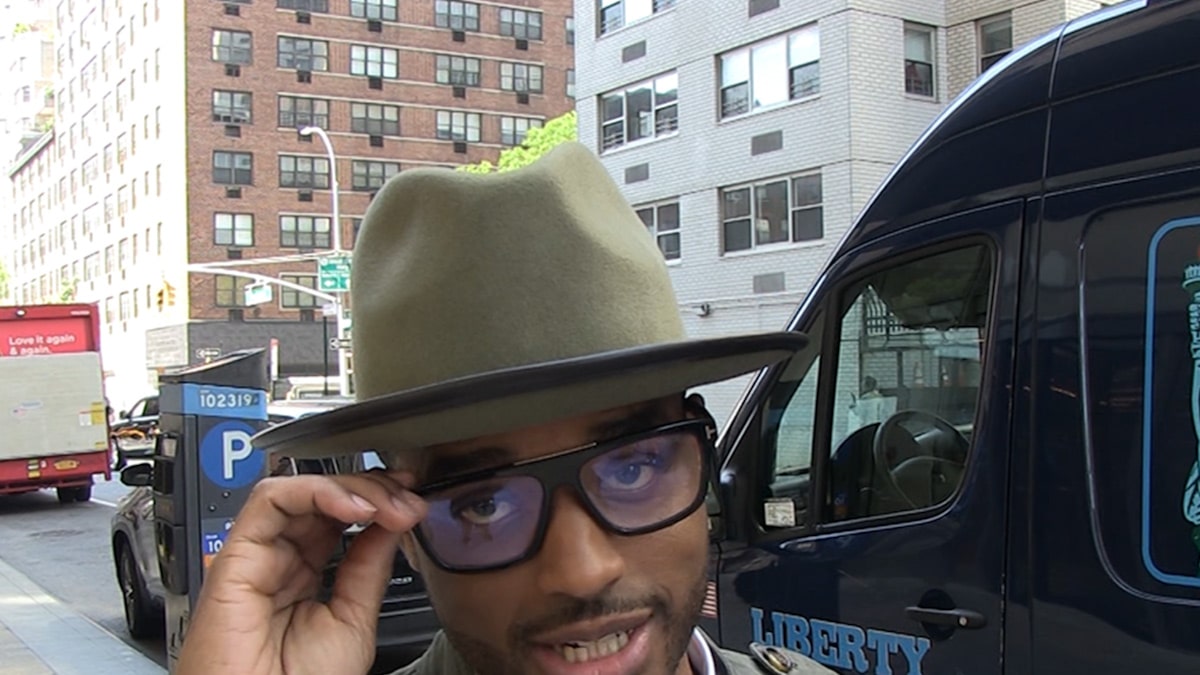 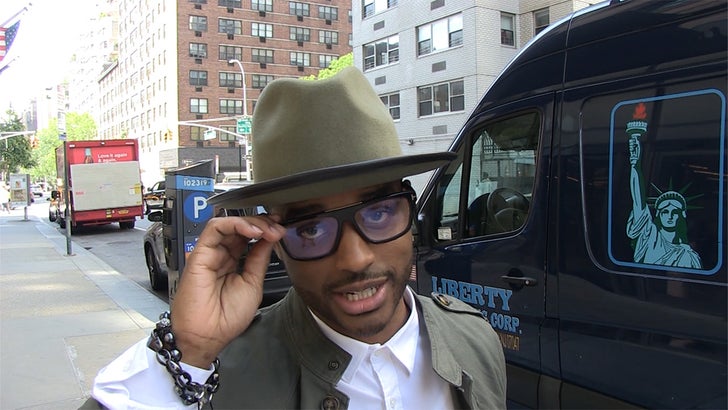 What seemed like a major troll job on President Trump is now picking up steam, which is why Larenz Tate says if NYers want Trump Tower to face President Obama Ave. … then make it so.

The veteran actor, who’s now playing an NYC Councilman on “Power,” was outside Facebook Monday in the Big Apple when we brought up the petition demanding the name change for 5th Avenue. 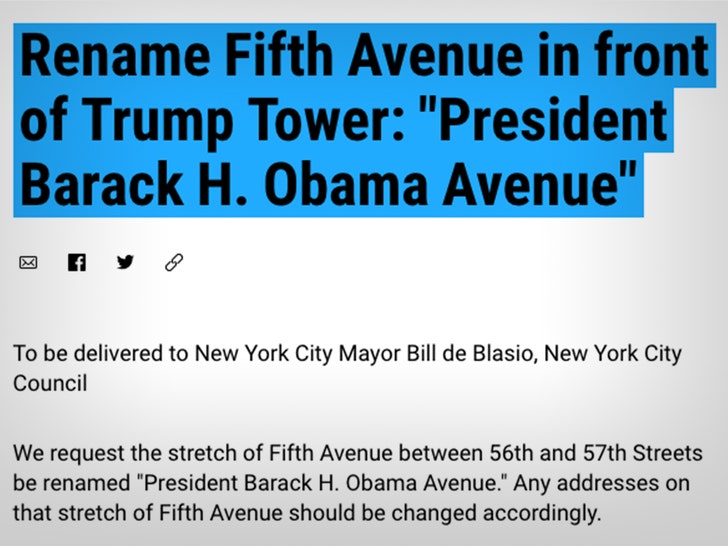 The petition — which only aims to change the block of 5th Ave where Trump Tower sits — already has over 430,000 signatures.

Larenz told us the people in power shouldn’t ignore the proposal … especially if citizens continue to show strong support for it. In fact, he’s down for the city to go above and beyond the petition’s request. Watch.

Petition organizers are aiming to lock up another 20k or so signatures to bring the initiative to Mayor Bill de Blasio and city council.

Larenz knows a thing or two about the process, thanks to his “Power” character. He also knows his own limitations as far as who he can and CAN’T portray on camera, including Barry O.

BTW, the sixth season of “Power” is set to debut this week on Starz — we’ll see how the cast fares now that 50 Cent‘s character is dead. Gahhhh … sorry! Spoiler alert?