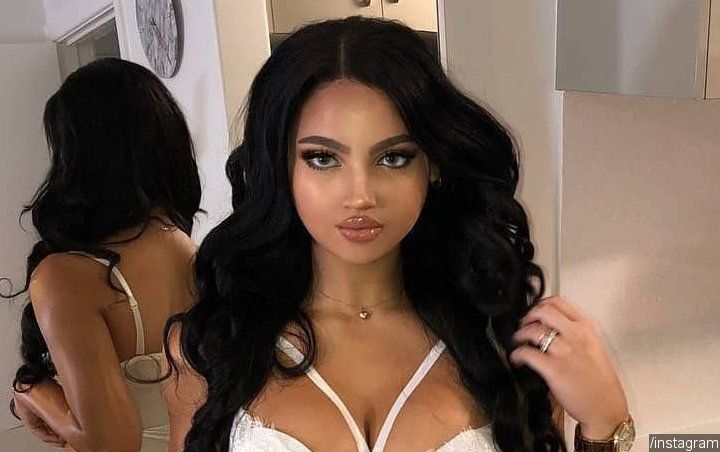 Aliyah Jazmine, who was reportedly born a boy and named Daniel, had more than 500,000 followers and was followed by celebrities like Future, Meek Mill and Rick Ross before she abruptly deleted her account.

AceShowbiz -Fans and followers of popular Instagram model Aliyah Jazmine may be still reeling from shock after learning about her well-hidden past. The brunette beauty, who often posted sexy pictures and showed off her curves in revealing outfits, has just been revealed as a transgender.

On Wednesday, July 31, a person on Reddit claimed that Aliyah was born a male and named Daniel. The Reddit user also posted a picture of Aliyah allegedly from her days as a boy with a tickling caption, “Guess who this allegedly is in the white shirt.”

Aliyah has not confirmed the transgender rumor, but she abruptly shut down her account after the news spread online. She previously had more than 500,000 followers and was followed by famous male celebrities including Future, Meek Mill, Rick Ross and Kevin Durant.

An Instagram user shared more info about Aliyah’s alleged hidden past. “She deleted her ig because everyone on reddit found out she’s trans. His sister is sabrine maghnie who was kind of insta famous back then would post pics of her and Daniel all the time during his transition,” the said user claimed.

While there’s no legal obligation that someone who has transitioned should disclose he/she is a transgender, people could not help feeling being lied to. “wow this is crazy I never knew that,” one reacted. Another posted a hateful comment, “Looks gross wtf human is that.”

“S**t crazy. A damn man,” a shocked user added. Another person, who claimed to have been blocked for outing Aliyah, argued that this is why people never heard the model’s voice. Someone else mocked those who were lusting over Aliyah, “@easymoneysniper @richforever this is who u was geeking over right … liking all HIS pics.”

There’s some people who defended Aliyah though. “She is beautiful its sad people or so disgusting and want to expose personal information that is not theres to share so what she is tran live your life doll your gorgeous,” one commented on Aliyah’s pictures, which were reposted by another Instagram user.