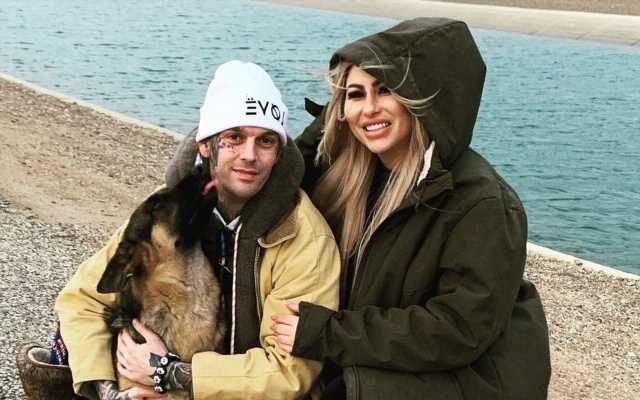 A woman has allegedly asked law enforcement to be present while she’s moving her stuff out of the house where the ‘I Want Candy’ singer was found dead recently.

AceShowbiz -Police were recently called to Aaron Carter‘s home by Melanie Martin. According to TMZ, a woman had asked authorities to be present to “keep the peace” while she was moving her things out of the house.

Accompanied by unnamed friends, the 30-year-old beauty visited the California abode where her on/off partner – with whom she has 11-month-old son Prince – was found dead over the weekend on Tuesday, November 8 so she could remove her personal items from the property.

Law enforcement sources told the website no crimes were committed at the house and sheriff’s deputies consider it a civil matter but they arrived 10 minutes after the call came in and stayed while moving trucks were at the house. Police have now left.

Melanie and Aaron’s best friend, Gary Madatyan, had previously walked through the house to look for clues around the “Crazy Little Party Girl” singer’s death.

Gary previously said, “After they removed the body from the house, they allowed just a few people to get into the house. We just wanted to go in there and see if any blood or any alcohol or anything was in the house.”

The pair found aerosol cans and the “yellowish” water in the bathtub where Aaron’s body was found. He added, “I went to his bedroom, the bedroom was normal. I went to the bathroom where the bathtub was full of water, like, yellowish colour.”