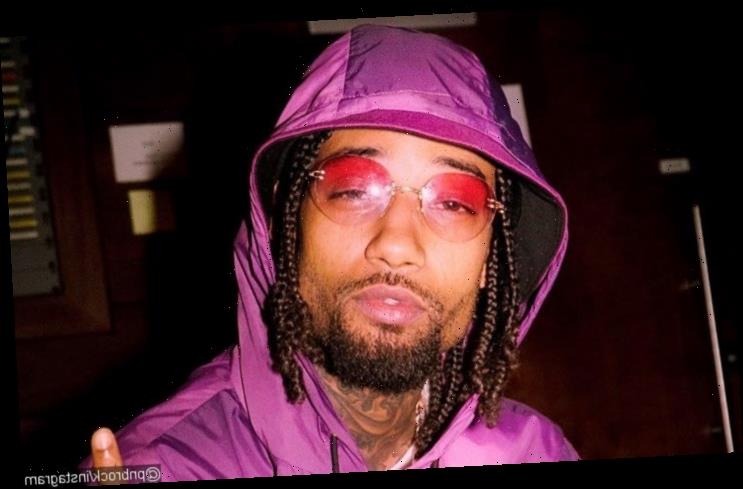 The ‘Selfish’ rapper is called out for allegedly stealing the design of another artist and using it to sell T-shirts, which profits he claims go to various charities.

AceShowbiz –PnB Rock has been accused of ripping off a black artist’s design for a T-shirt that he’s been selling to raise funds for charities. The rapper has been promoting the T-shirt, which features an image of a building ravaged by fire, on his Instagram page.

“Decided to make this T-Shirt considering the times we are in RN,” he wrote in the caption. “EVERY CITY NEEDS SOMETHING ! Portion of the proceeds are goig to various Charities LINK IN BIO TO SUPPORT # BLM #MyCityNeedSomethin.”

But people soon noticed that the T-shirt’s design is similar to the one sold by a black-owned business in Minnesota. “That’s not yo design foe thats @lakestreetlegend,” one of Instagram users pointed out in the comment section.

Another slammed him, “@pnbrock Is ripping off a black owned business man in Minnesota who has been selling these shirts since this whole thing started. If you want to buy the AUTHENTIC version of this shirt it’s through @lakestreetlegend @southsidecheiff.”

“THIS SHIRT IS STOLEN! He’s profiting from a small black owned business that created this months ago! @lakestreetlegend,” a third user claimed, while someone else added, “Not cool @pnbrock , an actual Minnesota artist did this design @southsidecheiff . You got a larger platform, there’s no need to plagiarize others.”

“Not only are you making money off of the happenings in my city, like it’s a movie or album cover…but you stole the art..entirely from @southsidecheiff ..And gave him ZERO credit…?” another person disgusted at PnB Rock’s action wrote. “Do you know how you look right now????”

After numerous comments on his post of the shirt, Lake Street Legend, which is believed to be the original creator of the design, has finally taken to his own Instagram page to confirm people’s allegations. “P.N.B Rock is stealing and taking money from a black owned business in Minnesota ( @lakestreetlegend ) Owner ( @southsidecheiff ) the shirt design of the projects building that caught fire over the #ripgeorgefloyd protest belongs to @southsidecheiff,” he wrote along with the original image of the design.

The entrepreneur went on claiming, “P.N.B was confronted about this issue and then started making fun of Minnesota as a whole state and mimicked him on one of his latest Instagram post. @breakfastclubam called in to see what was going on @cthagod @angelayee @djenvy as you can hear. @iamakademiks & @teegrizzley have been informed about the matter we are still waiting to hear back from. Silence is Violence‼️ Knowing about an injustice and not doing anything about it is just as bad.”

Not only he is accused of ripping off the T-shirt’s design, but also people claimed that PnB Rock used the proceeds from the sales for his own financial gain and to buy his baby mama Yiminx a brand new 2021 Mercedes.

The “Selfish” rhymer and his baby mama have since removed the pictures of the car from their respective social media accounts. The Philadelphia-born artist, however, has not responded to the plagiarism accusation and has not removed the posts about the T-shirt in question.