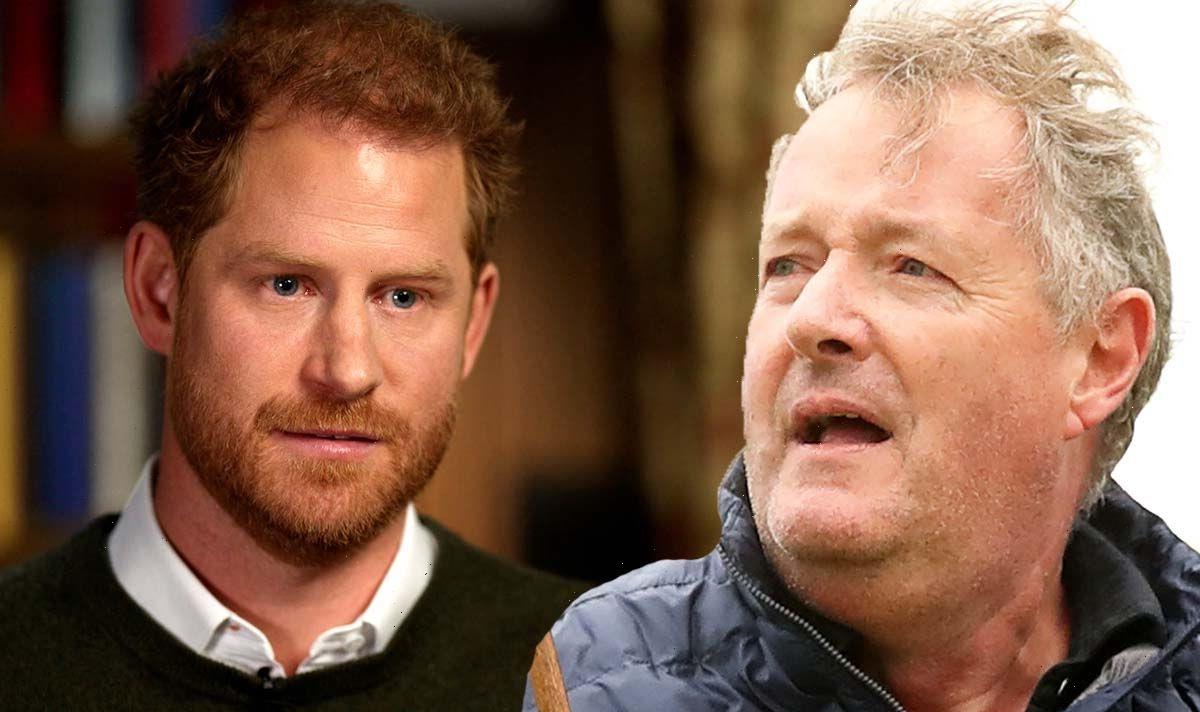 Piers Morgan, 57, hit out at “lickspittle” Omid Scobie after the Finding Freedom: Harry and Meghan and the Making of A Modern Royal Family writer’s claims that Meghan Markle underwent unsparing kidnap training were shot down by Prince Harry. The former Good Morning Britain star took to Twitter to react in view of his 8.3 million followers to the Duke of Sussex’s response to the “utter nonsense” claims.

The Duke set the record straight on Omid’s remarks, which were included in his book Finding Freedom in 2020, based, in part, on briefings from a close friend of Meghan.

According to an excerpt from Harry’s new book Spare, seen by MailOnline, he wrote: “A bestselling book describes the day Special Forces came to our house, grabbed Meg, put her through several intense days of drills, pushing her into back seats and car boots, speeding away to safe houses.”

The Duke went on to claim that Meghan “wasn’t given one minute of training”.

He added: “On the contrary, the Palace floated the idea of not giving her any security at all because I was now sixth in line to the throne.”

Piers, who has been a long-standing critic of Harry and Meghan, recently said the couple should “plunge to their knees” and “apologise” to their families in a furious rant.

Opening his TalkTV show on Monday night, Piers slammed the Sussexes for their recent criticism of the Royal Family.

He said of Harry: “This treacherous little toad has forgotten that he is supposed to turn into a prince after being kissed by a spoiled princess, not the other way around.

“Before we even think about whether Harry and Meghan should be allowed anywhere near the coronation, and for me, they absolutely should not be considered for an invitation, one thing would need to happen.

“They’d have to go on national television…plunge to their knees and issue a global apology to their families on both sides who they so mercilessly trashed.”

Piers’ comments come after the Duke of Sussex gave an exclusive interview to the Telegraph in which he said he wanted the royals to apologise to his wife.

He said: “Now you could argue that some of the stuff I’ve put in there, well, they will never forgive me anyway.

“But the way I see it is, I’m willing to forgive you for everything you’ve done, and I wish you’d actually sat down with me, properly, and instead of saying I’m delusional and paranoid, actually sit down and have a proper conversation about this, because what I’d really like is some accountability. And an apology to my wife.”

Earlier this month, he suggested he should “get his old job back” at GMB, after claiming that Prince Harry admitted there was “no racism” within the Royal Family, after previously claiming there were “concerns” around his son Archie’s skin colour.

“Now he’s finally admitted there was no racism, two questions,” he continued.

In 2021, the Duchess of Sussex claimed that racist treatment she received while working as a senior member of the royal family left her feeling suicidal in a sit down interview with her husband in her headline-making interview with TV host Oprah Winfrey.

Questioning the credibility of Meghan’s claims, Piers told 1.9 million viewers at the time: “I’m sorry, I don’t believe a word she said, Meghan Markle. I wouldn’t believe it if she read me a weather report.”