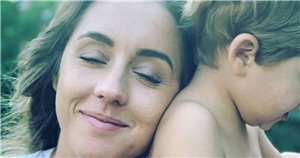 Peter Andre has delighted fan with a rare photo of wife Emily and their youngest son, Theo.

In the snap, a beaming Emily can be seen holding their youngest child in her arms.

Alongside the image, the dad of four wrote: “Special moment,”

People were quick to comment on the gorgeous image, one with person saying: “She’s a beaut, you’re lucky to have one another.”

Another social media user wrote: “Beautiful, intelligent and very classy wife you have.”

Speaking to The Guardian, Peter said: “I thought: what about all these other shows — Love Island, for example — where people have died?

“They were attacking Jeremy Kyle because his name is attached to the show. There has to be a duty of care across the networks. It’s not just one person or one show.”

He continued: “It is the most horrific thing that somebody took their own life, we cannot forget that. “

"What I do think is if they are taking that show off, they should be taking a lot of shows off.”