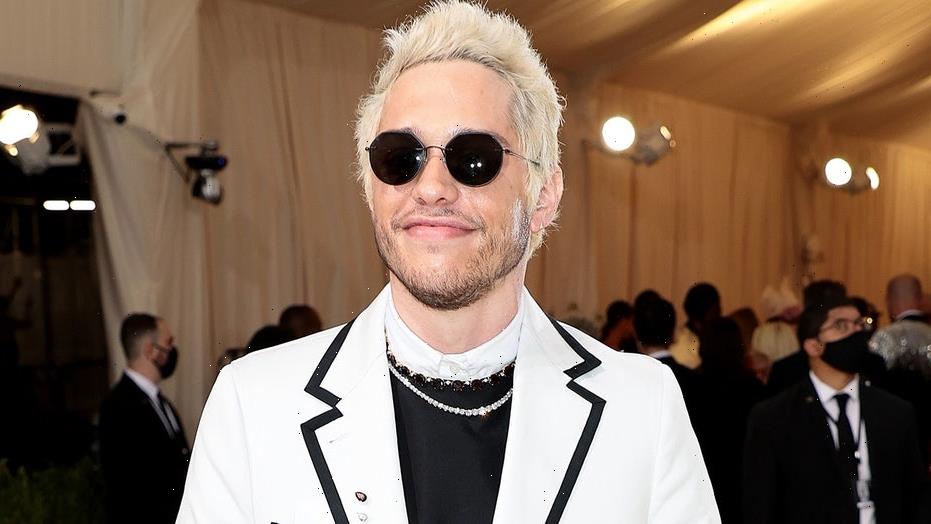 Pete Davidson paid tribute to his late father with his striking look at the Met Gala on Monday.

The “Saturday Night Live” star’s father Scott was a firefighter who perished in the fall of the Twin Towers on Sept. 11, 2001.

For the lavish event, Davidson wore a simple black dress and white blazer with black lining designed by Thom Browne.

Davidson previously told GQ that he was surprised to be invited to the fashion-forward event. 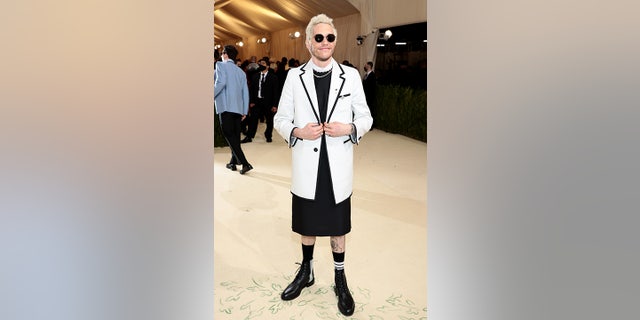 Pete Davidson’s jewelry was designed with his late father, a victim of 9/11, in mind.
(Photo by Dimitrios Kambouris/Getty Images for The Met Museum/Vogue)

“When I was first told I would maybe have the opportunity to attend, I thought it was a joke,” he recalled.

Despite being among television’s biggest stars right now, Davidson’s fashion sense is often the butt of jokes amongst his famous peers.

He told the outlet that his outfit would be “sick” for many reasons, but particularly for how easy it would be to use the restroom.

“You can literally just lift it up,” he joked, referencing his dress.

He added: “If you’re gonna wear a dress, what better way or place to do it than the Met, you know? I’m really excited and really stoked that they thought I could pull this off, which is hilarious.”

When asked about his outfit by red carpet host Keke Palmer, the “King of Staten Island” star said that he “wanted to wear it because they invited me.” 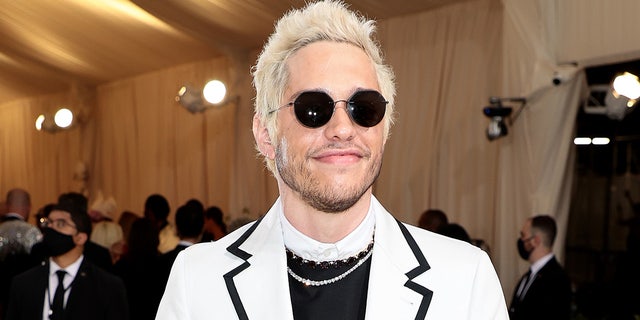 Davidson has made headlines recently for the reported end of his romance with “Bridgerton” star Phoebe Dynevor. The two reportedly began dating earlier in the year and split just weeks ago.

Additionally, interest has been piqued in whether Davidson will return to “SNL” now that his seven-year contract has been fulfilled.

Negotiations for the show’s cast occur over the summer months, and in June he admitted that his potential return to the sketch comedy series was “up in the air.”