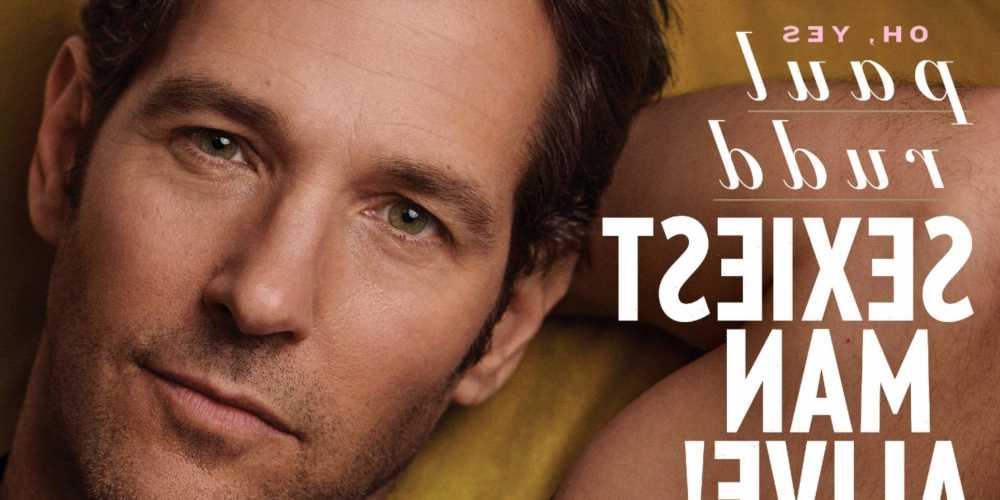 Paul Rudd has just been named People's 2021 Sexiest Man Alive, and this just feels right. From Clueless to Anchorman and Ant-Man, Rudd has been blessing us with his suave personality, good looks, and eternal youth for decades. It's only fair that the actor finally be recognized for all his sexiness.

The good news was announced last night on The Late Show With Stephen Colbert when the host ran Paul through a hilarious series of "sexiness tests." After the actor passed the challenges, he was officially crowned People's Sexiest Man Alive.

RELATED: Reese Witherspoon Just Proved That She and Paul Rudd Discovered the Selfie in 1996

Rudd is the 36th dreamy man to carry the prestigious title. The 52-year-old actor is in good company, with fellow SMA alums including last year's winner, the gorgeous Michael B. Jordan, and 2019's EGOT-winning John Legend.

RELATED: Michael B. Jordan's Sexiest Man Alive Title Is the Only Thing That Made Sense in 2020

As expected, the internet was very pleased with the publication's choice. Fans took to Twitter to show their approval with celebratory posts. Known for his never-changing good looks, fans tweeted that Paul has deserved this title for years. One user wrote, "Paul Rudd wins People's Sexiest Man Alive, using this photo of him from either 1994, 2002, 2010 or 2021."

Another fan wrote "Finally, People magazine announces what I've known for 26 years: Paul Rudd is a g'damn national treasurer (and maybe a vampire?) and we should all send him flowers."

Others asked the hard-hitting questions, like which version of Paul is the sexiest.

Rumors ran rampant this week with speculation that a different Marvel man was taking home the prize: Chris Evans. Fans pondered how Evans responded to the news.

What was Paul's reaction to the news? After insisting that there were a number of people who should've gotten this title before him (we disagree), the actor jokes to the publication he's going to "lean into it hard."

"I'm going to own this. I'm not going to try to be like 'Oh, I'm so modest.' I'm getting business cards made. But all of my friends will destroy me and I expect them to. And that's why they're my friends."

Congratulations are in order for this sexy man.