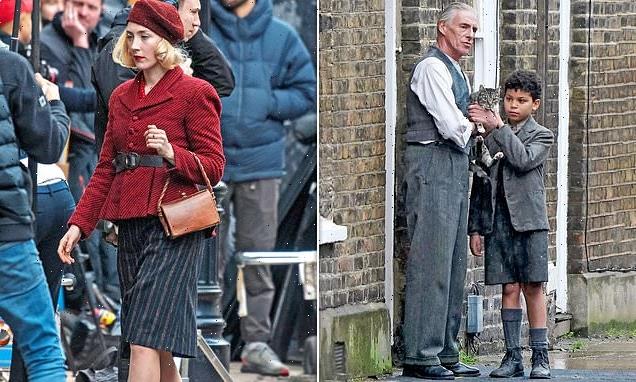 Cat’s entertainment! Paul Weller of The Jam is pictured with a furry friend on the set of his very first movie which also stars Saoirse Ronan

It looks as if the Modfather has become the ‘mogfather’ as Paul Weller makes his big-screen acting debut – alongside an adorable tabby cat.

The former Jam frontman is embarking on his new Hollywood career at the age of 64, immediately finding himself in the esteemed company of Oscar nominee Saoirse Ronan on the set of the forthcoming epic war movie Blitz.

Directed by Sir Steve McQueen, the film tells the story of the Nazi bombing raids which terrorised London in the 1940s. 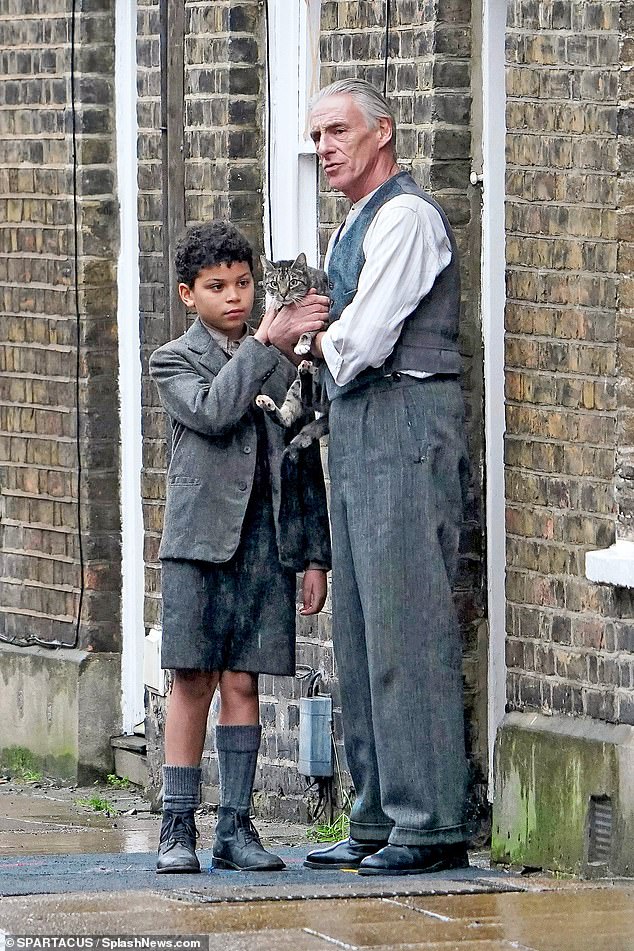 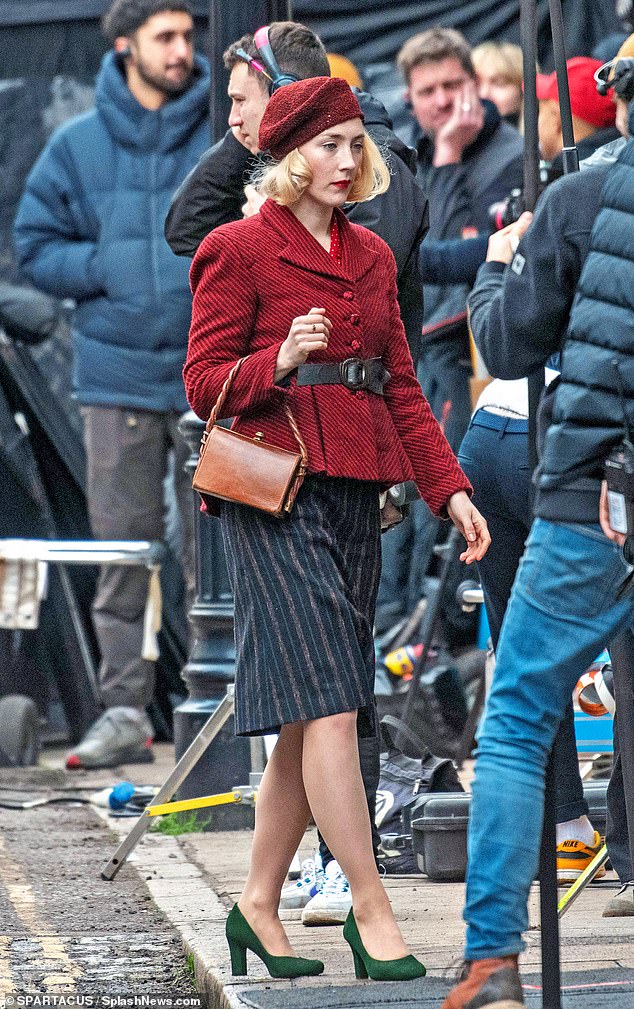 The cast were last week seen filming in Roupell Street, close to Waterloo Station, which has appeared in hundreds of films, TV shows and adverts (Pictured – Saoirse Ronan)

The cast were last week seen filming in Roupell Street, close to Waterloo Station, which has appeared in hundreds of films, TV shows and adverts as it has barely changed since the lines of workers’ cottages were built there in the 19th Century. Weller was spotted shooting scenes with newcomer Elliott Heffernan.

Production will soon move to the Thames in Wapping, East London, where residents have been warned of the possibility of ‘audible bangs’ as special-effects crews simulate bombs hitting the water.

As the frontman of Mod revivalists The Jam, Weller’s impressive back catalogue of hits include Going Underground, That’s Entertainment and Town Called Malice, and albums such All Mod Cons and Setting Sons.

Blitz is his first shot at big-screen stardom but he is in safe hands with other co-stars including Stephen Graham, from Line Of Duty, and Kathy Burke – and director Sir Steve, who won an Oscar for 12 Years A Slave.

Blitz will be released in cinemas before being streamed on Apple TV.