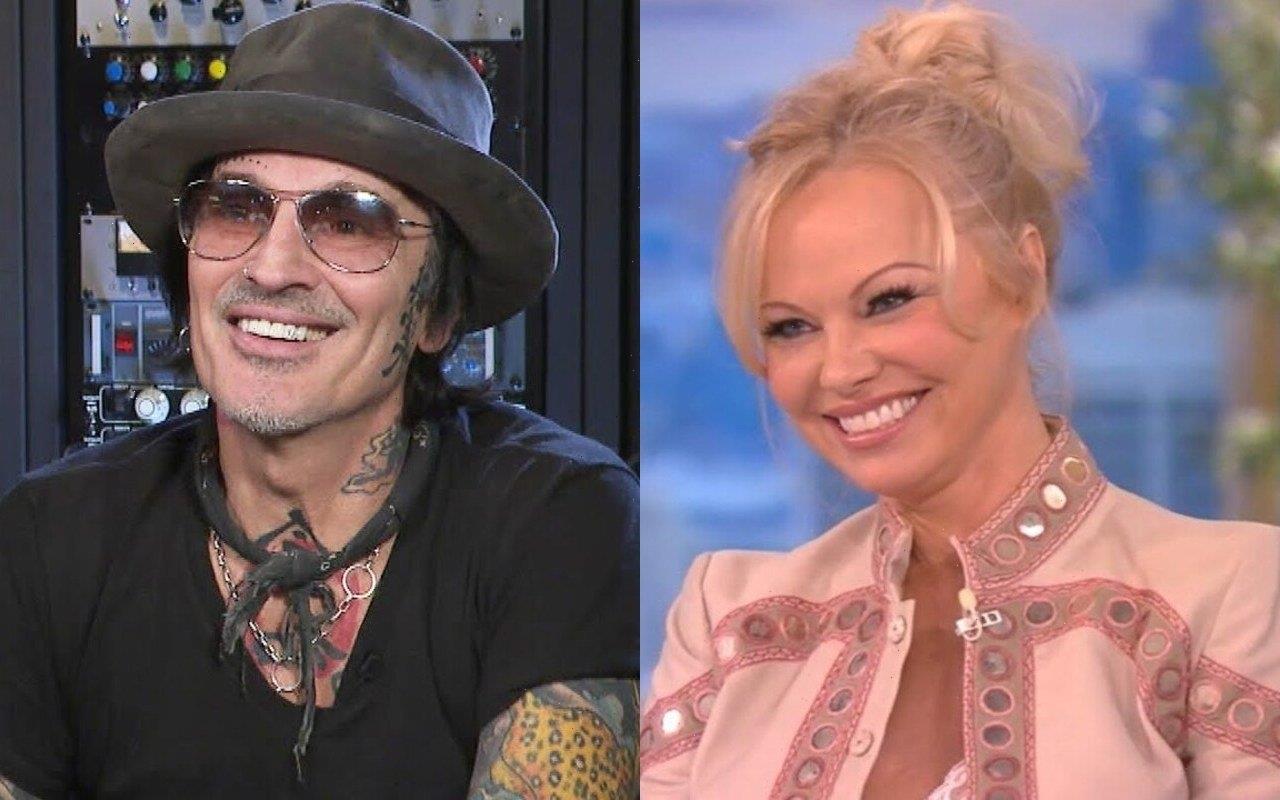 The ‘Baywatch’ actress insists she doesn’t regret marrying ‘the love of [her] life’ Tommy although their romance was not perfect and eventually ended up with divorce.

AceShowbiz –Pamela Anderson has no remorse about marrying Tommy Lee. Despite her turbulent, high-profile romance with the 60-year-old music star in the 90s, the 55-year-old actress insists she doesn’t harbor any regrets.

“The love of my life was Tommy. And I know it wasn’t perfect but, you know, no one’s perfect. Oh OK, perfect for me. Two imperfect, crazy people. We made two beautiful babies and so I don’t have any regrets,” explained the “Baywatch” star – who has Brandon, 26, and Dylan, 25, with Tommy.

Pamela and Tommy tied the knot just four days after meeting each other. And now, the actress feels their kids “didn’t deserve all the drama” that they were forced to deal with during their younger years.

Pamela – who was married to Tommy between 1995 and 1998 – told the Guardian newspaper, “Despite the gene pool, they’re perfect gentlemen. Looking at them today I get a little choked up because they’re such good men.”

Pamela also acknowledged that she’s been partially responsible for some of the negative things that she’s been through in her life. The actress said, “I didn’t feel like I had a lot of respect. I had to make a career out of the pieces left, but I’m not the damsel in distress. I put myself in crazy situations and survived them.”