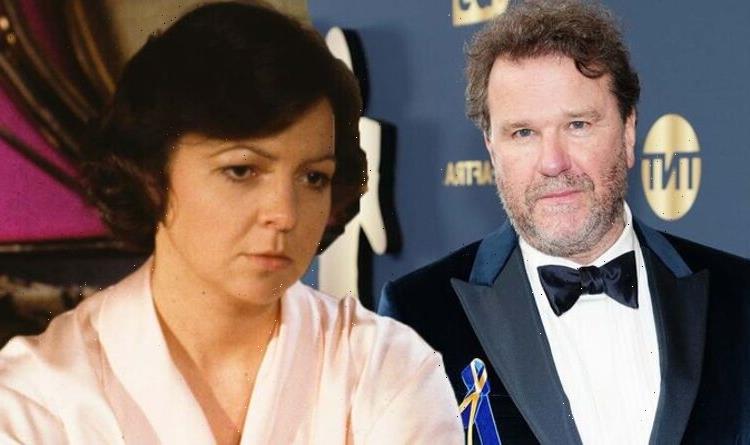 Only Fools and Horses: Del Boy and Rodney are Batman and Robin

Only Fools and Horses actress Tessa Peake-Jones, 64, is beloved by fans for playing Raquel Turner on the BBC show from 1988 to 2013. However, viewers of the hit sitcom may be surprised to know that the TV star had a long-term relationship with actor Douglas Hodge, 61, who played her on-screen son, for 29 years.

Douglas only made one appearance on the sitcom, during a special episode in 1996.

Tessa’s role was a recurring character, and she was part of the cast until the show ended that year.

However, in real life, Tessa and Douglas were dating and remained together for almost three decades.

The former couple parted ways back in 2013.

The revelation comes after Douglas paid tribute to his real-life mother following her tragic death, in a tweet earlier this week.

He took to Twitter on Monday to write a heartfelt message in view of his 5,400 followers.

The actor shared a candid snap of himself hugging his mother, while kissing her on the forehead.

In a follow-up tweet later that day, Douglas thanked fans for their support as he grieved.

He wrote: “Thankyou for this ocean of feeling uv all sent our way. twitter is often described as this place people go to be nasty, but this reminds of that thing when u let someone in in the traffic and then you u see them then let someone else in a mile down the road.

The actor had received a barrage of messages from other social media users sending him their love.

Brogansden penned: “Sending you and yours lots of love and sympathy. What a smile she has feeling your love.

“I bet there was no one prouder of you and your career.

“My folks always traversed the land to see me in plays.

“Every time they said ‘you were very good’ truth or not x.”

Valetudocage added: “Much love and light to you and your family. X”

AmesHuntress said: “You will have my love, from knowing you a short time in Oxfordshire, sometimes twitter can be good depends on how you put it..”