Get used to Rick Glassman’s name: you’ll be hearing a lot more of it as his career continues to ascend. The comic—and host of the Take Your Shoes Off podcast—plays a starring role as Jack in Prime Video’s As We See It, from creator Jason Katims. The show follows a group of three Angeleno roommates living with autism as they attempt to navigate the world. And Katims, whose own son has Asperger’s syndrome, was determined that the show be cast authentically, with actors living on the spectrum given the lead roles. Sue Ann Pien and Albert Rutecki round out the lead cast as Jack’s roommates, while Sosie Bacon plays the group’s neurotypical live-in aide and Joe Mantegna plays Jack’s dad.

In undergrad, I took ‘Acting for Film and Television’. I remember I thought my teacher (professor? What’s the difference? I feel like ‘professor’ reads as a higher title… but teachers are important too. As are mothers!) was so experienced because he had a line in Shawshank Redemption. I thought, I better do whatever he tells me to do so I too can make it in showbiz. Then, when I moved to the big city—HOLLYWOOD—I was forced to take my own path, which included years of background work (which I still love) stand-up comedy, and bouts of intense OCD, where I couldn’t leave my home. So, I created content from my living room; shout out to the Take Your Shoes Off podcast.

Now, there’s nothing wrong with having one line in a movie, but I say this to offer context to my first ‘lesson’ which is: everyone has their own path, perspectives, and experiences. As valuable it can feel at times, never compare yourself or your path to anyone. It sets you up for failure because you’ll never duplicate being someone else; and if you come close, best-case scenario, you’re unoriginal.

Oh, also, when on camera, if the light is reflecting too strongly on your glasses, move the earpieces up higher. It’ll feel weird, but the camera won’t see the angle change.

So, in conclusion, listen to as many perspectives as you can but make your own decisions, adjust your glasses, and moms rocks!

The Best Advice I Ever Received

When I asked a role model of mine for advice on [too long to explain and irrelevant] he said, “Don’t raise your hand for anything.” As somebody who felt he had burned a lot of bridges, over-negotiated, and tried to model his successes from what his peers had accomplished, he explained what our job is. It isn’t to get more money, get more lines, or try to be involved in everything. Our job is to show up on time, be prepared, and be liked. People want to work with those they like more than those who are simply talented. I think about this all the time. It’s such a great way to recognize when my ego may be making a decision for me. To give a basketball analogy, because I love basketball and I can still dunk, sometimes our job is to get rebounds and take charges. If I want to shoot 3s, I’ll do it at home on my own time, and write my own thing.

And speaking of writing, I was joking about actors being more important than writers. Writers and mothers are the backbone of this country.

The Part I Always Wanted

I’m gonna give a corny answer: to feel included. I always loved playing but didn’t have many friends as a kid. Now, thanks to a beautiful community of comedians and co-workers, I not only feel included and part of a something, but I’m also able to pay my rent from doing it. Sure, I wouldn’t mind being an action star, but I’m very content and grateful with where I currently am. 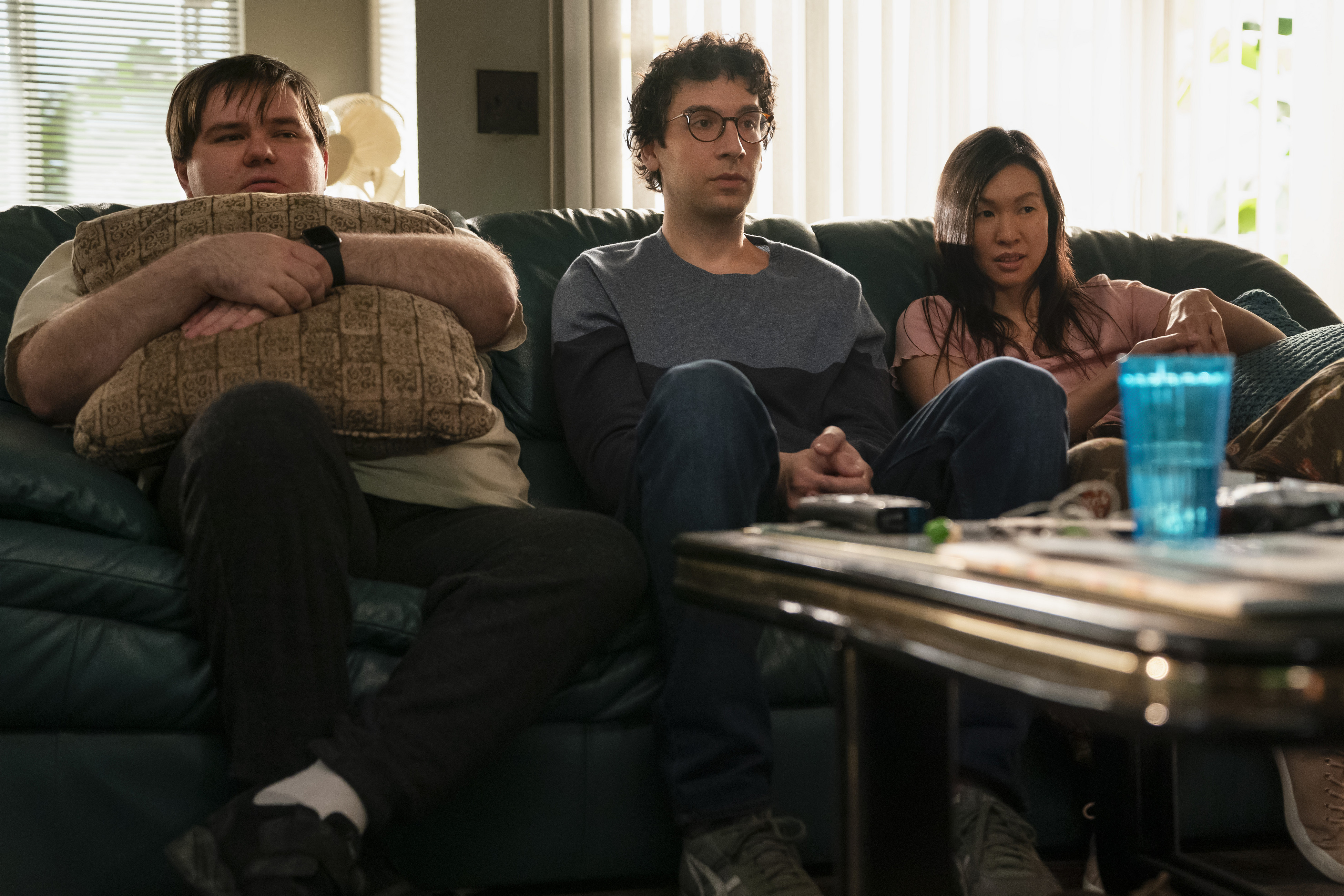 If I were to answer this question as a Friends episode title, it would probably have to be “The One That Made You Ask Me To Do This Interview”.

On As We See It, I play Jack, a 25-year-old computer programmer who feels he’s doing a great job keeping his autism diagnosis a secret. When he is outed, he has a bit of a meltdown. Though the kid in me relates to Jack a lot, I, as an adult who is open and accepting of who I am—of which autism is a part—found it very challenging to find the truth in playing the need to hide who I am. Thankfully, I got a take that worked—coupled with the editing, the music and Jason Katims—and let’s just say my parents watched this series four times.

In addition to acting on this beautiful show, I was concerned about the responsibility that may come with promoting it. I was diagnosed with Autism Spectrum Disorder five years ago—only two years before booking the pilot. The idea that I would be required to be a spokesperson for something that I was, and am, still learning about scared me. What if I don’t have enough perspective? What if my experiences are different from other people on the spectrum? What if I’m too goofy and people think I’m making fun of them?

On our show, it isn’t only the series leads who live a life with autism. Our creator, Jason Katims, our writers, our guest-stars, our crew—so many people working on our show are either on the spectrum and/or directly connected to it. I’ve gotten to meet and work with so many different types of people with autism. In doing so, I was reinforced with the idea that, though we can connect on many shared experiences, we are all unique to ourselves. There is no single representative for autism, just as there is no single representative for Black people, gay people, Jewish people, mothers, et cetera.

That being said, though we are all different in many ways, I have learned that those in the ASD world are the most patient, understanding and accepting people I’ve ever met. Not because they have to be, but because they get to be. These experiences have allowed me to no longer feel fearful that I may speak wrong. Instead, they have offered me pride and gratitude on having a platform to speak.

The Films and TV Shows That Make Me Cry 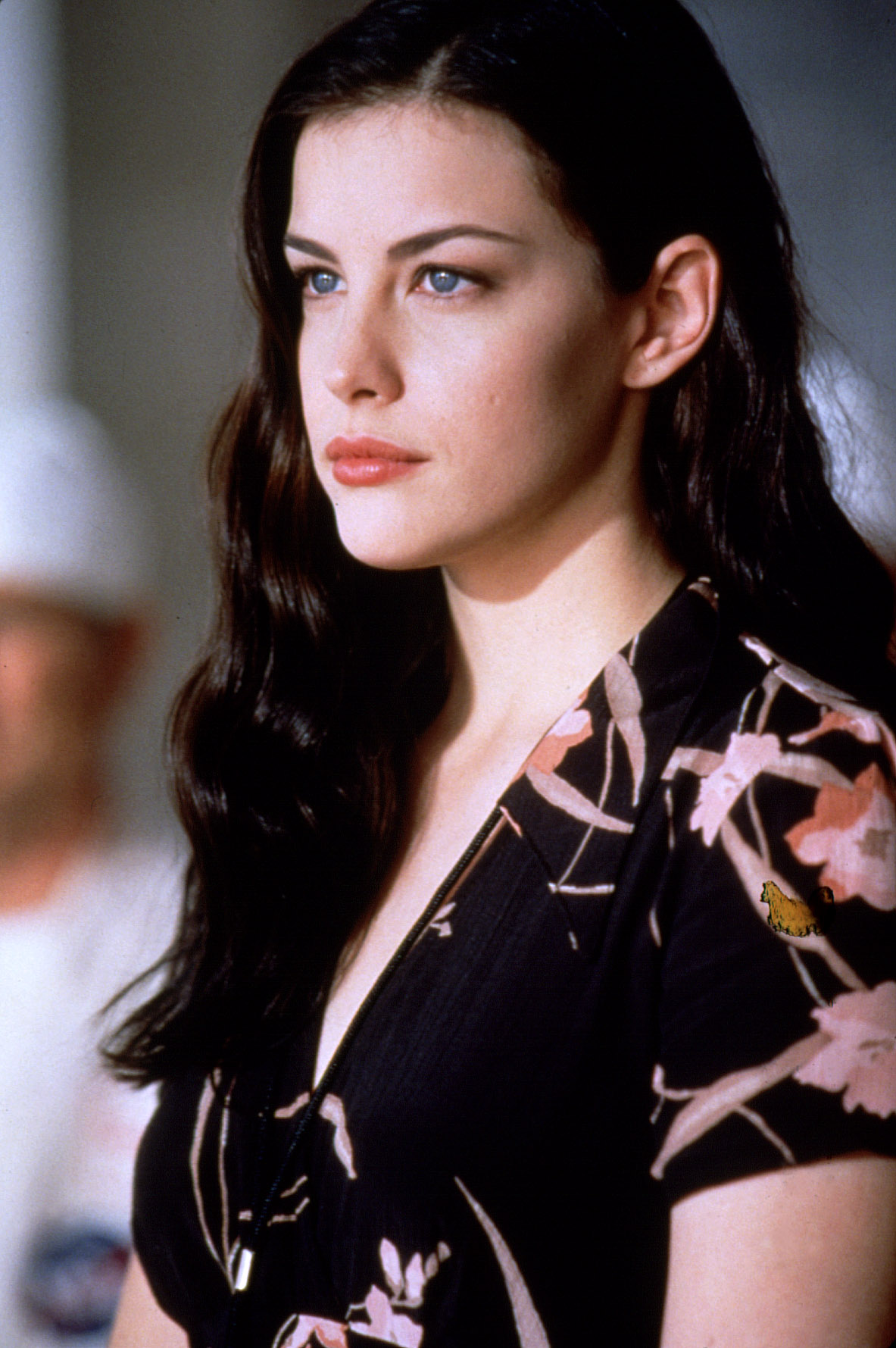 The end of Armageddon when William Fichtner says to Liv Tyler, “Ma’am. Requesting permission to shake the hand of the daughter of the bravest man I’ve ever met.” I’ve seen this part 25 times, and I’ve cried at it at 27 times (I cried twice explaining it to friends). Also, I love watching people’s dreams come true, so talent shows like American Idol & America/Britain’s Got Talent (the audition rounds), and Shark Tank allow me a good cry.

The Most Fun I’ve Had On Set

There are many moments, and instead of choosing one at random, I’ll say what they all have in common: joking around and laughing on set between scenes. Nothing feels better than laughing; and to be candid, I love being part of what makes people laugh.

When I was a kid, I didn’t understand how people truly felt about me, but I always understood when I made them laugh. Due to the content of As We See It, some days were so heavy. We went to such emotional and personal spaces. But I was pleasantly surprised at how often we all laughed while making this show. Truly, we all laughed so much that, though I had never met this cast before we started working together, all of them are now my friends. We talk to each other all the time.

I’m even thinking about moving in with Joe Mantegna if we don’t get a second season. 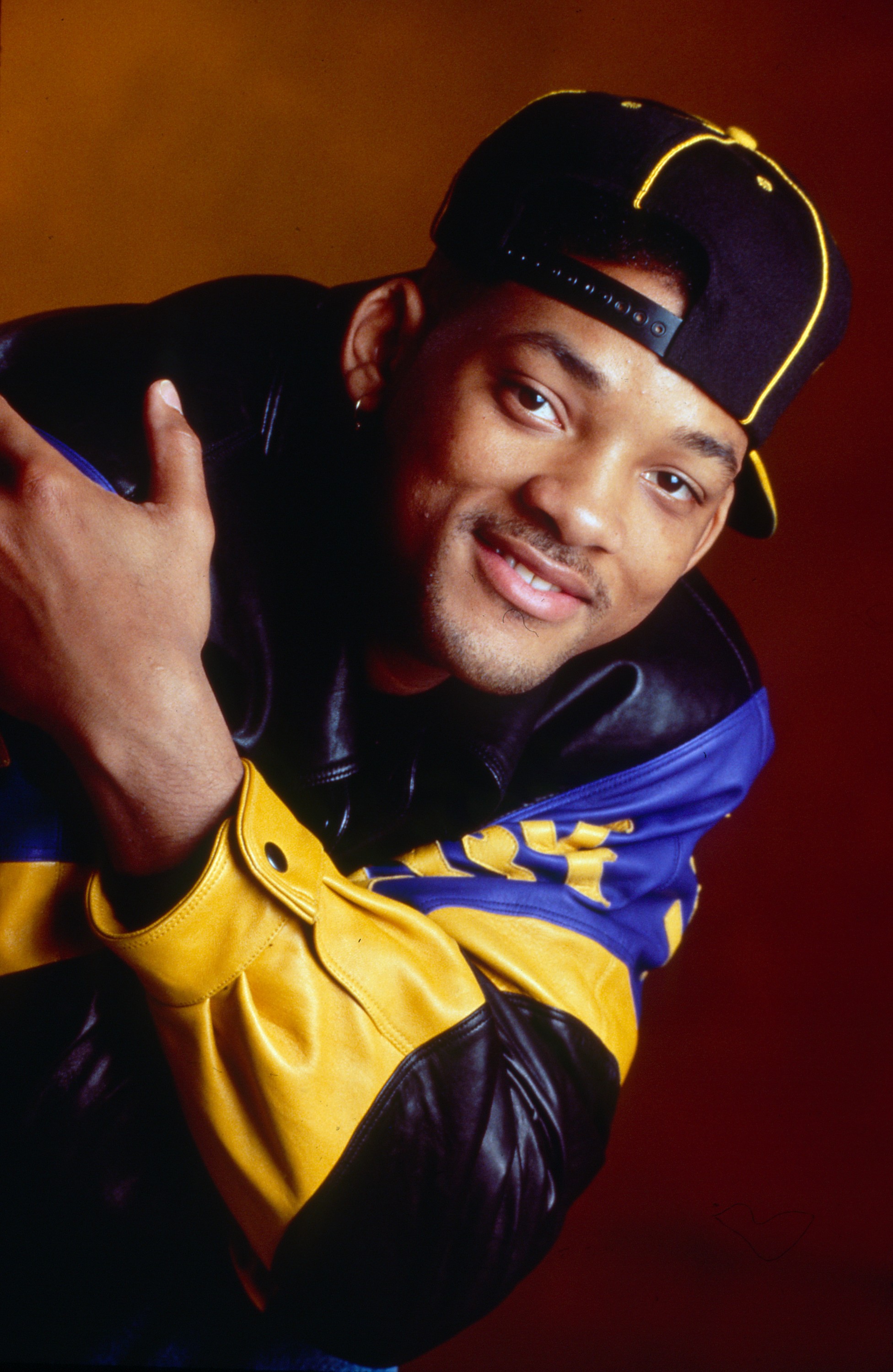 I know this is considered tacky to say these days, but I always saw myself as Will in The Fresh Prince of Bel Air. He was the first person I saw that was both a weird goofball and cool. Being a weird goofball myself, as a kid I was attracted to the possibility of also being cool someday.

But—I’m not sure if you heard—Will smacked Chris Rock at an awards show and the public is not happy about it. So, I texted some of the people I’m closest to, to see how they see me.

Ex-Girlfriend: “Will Ferrell in Elf.”

Dad: “One of the Teenage Mutant Ninja Turtles or Tony Shalhoub in Monk.”

American BFF 3: “Tony Soprano, duh.” But I think he was kidding.

If you’re wondering why my ex-girlfriend came before my parents, it’s because she texted me back first. Shows a lot about me and my character, that my ex writes me back right away. Maybe my mom is right; maybe I am honest and caring like Abe Lincoln. 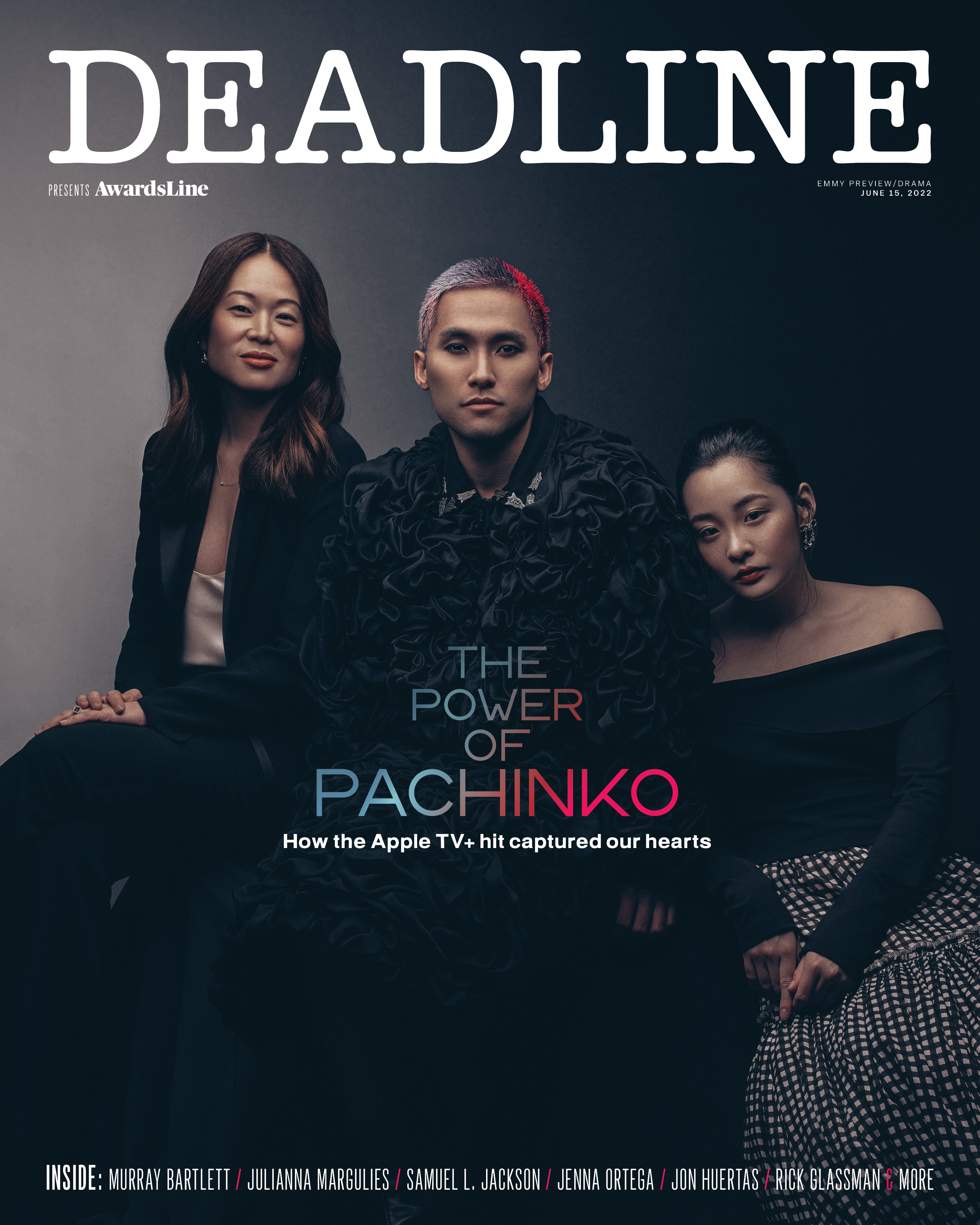 Having unprotected sex with someone after we both got an STD check.

I don’t like going to Karaoke. The rooms are hot and small and it’s loud. But I love playing piano and singing K-Ci & JoJo’s “All My Life”.

Who’d Play Me In My Biopic

Disney Delays Moving Thousands Of Jobs To Florida Until 2026