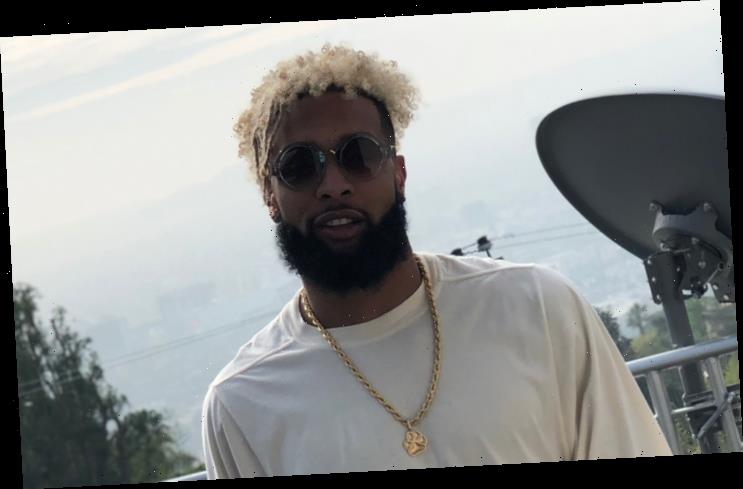 The Cleveland Browns wide receiver is taking a break from his football practice after he was sent home by his team with an unknown illness for feeling under the weather.

AceShowbiz –Odell Beckham Jr.‘s Covid-19 test results came back negative. The American football wide receiver took a test for coronavirus after he was sent home with an unknown illness amid practice ahead of the game between the Browns and the Steelers on October 19.

Despite the favorable test results, the 27-year-old athlete still can’t return to the facility as he needs to take another test. He is expected to reunite with his teammates as long as he tests negative in the second test. Otherwise, he has to sit out the Monday game.

After Odell was sent home for feeling under the weather, coach Kevin Stefanski issued statement, “With this day and age, you’ve just got to be so careful in this environment, so just want to make sure we’re being proactive in that regard.”

“With how the protocols are, you have to be careful,” he added. “So I don’t want to assume anything, but with all of our guys we’ll just make sure we follow the protocols and just be safe.”

While Odell hasn’t made any comments about his health scare, he previously expressed concerns about returning to the field amid pandemic. “Obviously, with everything that’s going on, it doesn’t make sense why we’re trying to do this. I can understand basketball was already in the playoffs. Five-on-five basketball in an arena is going to be more intense than regular-season games. Hooping is different than playing an 11-on-11 contact sport where there’s 80 people in a locker room. We’re not ready for football season,” he said in August.

He went on to slam the NFL higher-ups, “So why are we trying to push forward? It’s obviously for their money. And that bothers me because there’s always been this – and I hate saying it like that – but the owners’ [attitude is], ‘Oh we own you guys,’ and just kind of that unfairness going on that they don’t see us as human. I just feel like the season shouldn’t happen and I’m prepared for it to not happen and I wouldn’t mind not having it.”

Odel Beckham Jr. was not the only NFL player worried about the possibility of catching coronavirus. Seattle Seahawks quarterback Russell Wilson tweeted earlier this year, “I am concerned. My wife is pregnant. @NFL training camp is about to start.. and there is still no clear plan on player health and family safety. We want to play football but we also want to protect our loved ones.”

Just early this month, New England Patriots quarterback Cam Newton pulled out of the game after testing positive for Covid-19. He has since entered self-quarantine.

The Patriots confirmed it and added in a statement, “Several additional players, coaches and staff who have been in close contact with the player received point of care tests this morning and all were negative for COVID-19.”