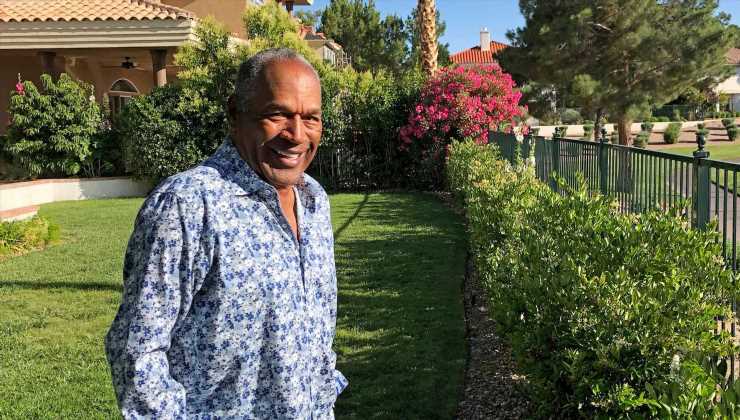 O.J. Simpson, who was acquitted of murdering ex-wife Nicole Brown Simpson and her friend Ronald Goldman, lent his support to Michael Jackson Tuesday, the 10th anniversary of the embattled King of Pop’s death.

“Rest In Piece Michael!!!” he wrote the first time, before promptly deleting that. The second tweet was correct: “Rest In Peace Michael.” The tweet featured a video of Simpson in a golf cart, his glove on the seat nearby, telling his own Jackson story.

“I woke up this morning and they were talking about the 10th anniversary of Michael Jackson’s death, and it got me thinking about Michael,” Simpson said from behind the wheel.

The 10th anniversary: We may never resolve our conflicted feelings about Michael Jackson

The world has wildly varied views of Jackson, who died June 25, 2009, at 50 of a drug overdose administered by his doctor. Those views splintered even more following the accusations made in HBO’s documentary “Leaving Neverland” that the singer molested young boys.

The Jackson estate labeled the “Neverland” film a “public lynching” and has sued HBO.

Simpson spoke fondly of Jackson, reminiscing how the pop star stepped in to help create a camp for kids with cancer, called “Camp Good Times.”

OJ Simpson, in the garden of his Las Vegas area home, has discussed his memories of Michael Jackson on Twitter. (Photo: Didier J. Fabien, AP)

Later, presumably during Simpson’s 1995 trial for murder (he was acquitted on the charges), Simpson said he was forced to leave his “besieged” home. Jackson reached out and offered Neverland for Simpson and his children, Sydney, then 8, and Justin, then 5.

“(Jackson) called me and said, ‘O.J., you have got to take the kids to Neverland Ranch. They’ll love it.’ And I did. And it was wondrous,” said Simpson. “The kids would come up. They would bring some of their friends. It was so great, I started bringing my adult friends up there.”

Jackson was never present during the visits. “But he always had gifts for the kids,” said Simpson.