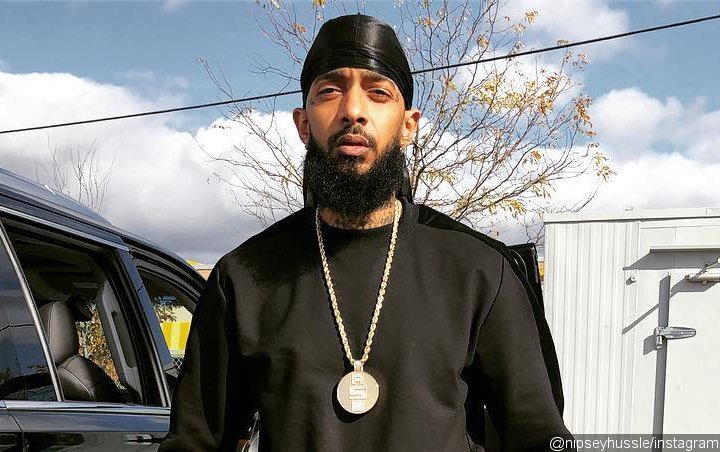 Details of the event that led to the ‘Bullets Ain’t Got No Names’ rapper’s death are uncovered as 515 pages of grand jury testimony are unsealed by request.

AceShowbiz -More details of Nipsey Hussle‘s last moment have been revealed as Los Angeles Times obtained access to 515 pages of grand jury testimony on Thursday, June 27. According to the records, the rapper’s last words were for his killer Eric Holder.

Eric shot Nipsey, born Ermias Joseph Asghedom, on March 31 after they had a conversation outside Nipsey’s Marathon Clothing store in South Los Angeles. During the chat, Nipsey allegedly asked Eric about words on the street that Eric was snitching.

Deputy District Attorney John McKinney noted in his opening statement during the trial that “the conversation wasn’t particularly intense. It wasn’t particularly belligerent.” However, that was enough to push Eric to the point that he wanted to kill Nipsey.

After getting back into his car, Eric returned to the parking lot where he had a conversation with Nipsey with a gun in each hand. He allegedly opened fire, causing Nipsey to fall to the ground with at least 10 gunshot wounds. As he was bleeding, Nipsey reportedly told the gunman, “You got me.” Eric kicked the rapper in the head before fleeing the scene.

Eric’s girlfriend, who served as his getaway driver, was previously reported to have received threats from Eric if she didn’t get him away from the scene of the crime. She told authorities that she dropped him off at his cousin’s house. She has not been charged in relation to Nipsey’s slaying after reaching an immunity deal with authorities, meaning her evidence cannot be used against her in any future prosecution.

Eric later asked her help to secure a motel room. When asked if it occurred to her that he was trying to hide out, she said, “No.” The woman confronted Eric at the motel after she was seeing social media posts implicating him in the shooting. She said that he started breathing harder, but stayed quiet.

After her car was linked to Nipsey’s murder, the woman went to the police station early the next morning with her mother, but she got turned away. “Don’t listen to the news,” a police officer allegedly told her. She called the police later that morning and was told to return to the station, where she was interviewed by detectives for five hours. She told the authorities that Eric initially “wanted to do a drive-by” shooting, but she objected to using her car.

Eric has been indicted on six counts, including one count of murder, two counts each of attempted murder and assault with a firearm and one count of possession of a firearm by a felon. He is being held on $6.5 million bail. If convicted, he faces life in prison.