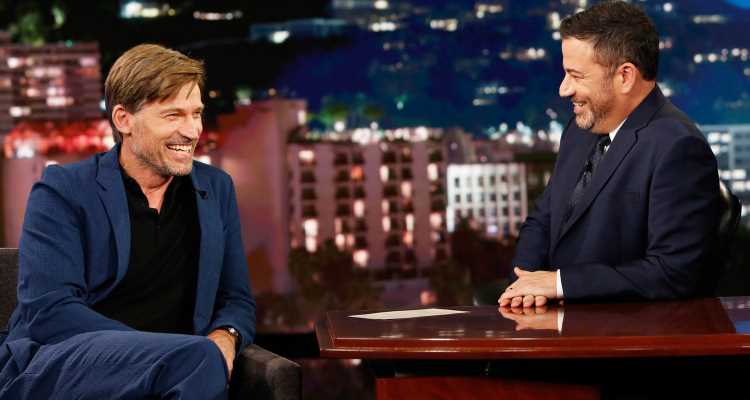 Nikolaj Coster-Waldau paid a visit to Jimmy Kimmel Live on Thursday (September 19) and dished about his Game of Thrones cast reuniting for the first time since the finale at the 2019 Emmy Awards!

“I think most of us are coming, yes,” the 49-year-old actor, who plays Jaime Lannister, revealed before discussing how the Game of Thrones cast keep in touch through WhatsApp.

Nikolaj spilled that Alfie Allen — a.k.a. Theon Greyjoy — posts the most, and he even does songs for people. He also said that Gwendoline Christie is a huge fan of emojis, followed by Lena Heady.

Nikolaj also revealed that he doesn’t expect to win an Emmy for his role as Jamie Lannister on the final season of Game of Thrones. He is nominated for Best Supporting Actor in a Drama alongside castmates Peter Dinklage, who portrayed Tyrion Lannister, and Alfie, who portrayed Theon Greyjoy in the category.

“We should just rename this category the Peter Dinklage category,” Nikolaj joked to Kimmel about how Dinklage has won the Emmy multiple times, including in 2018.