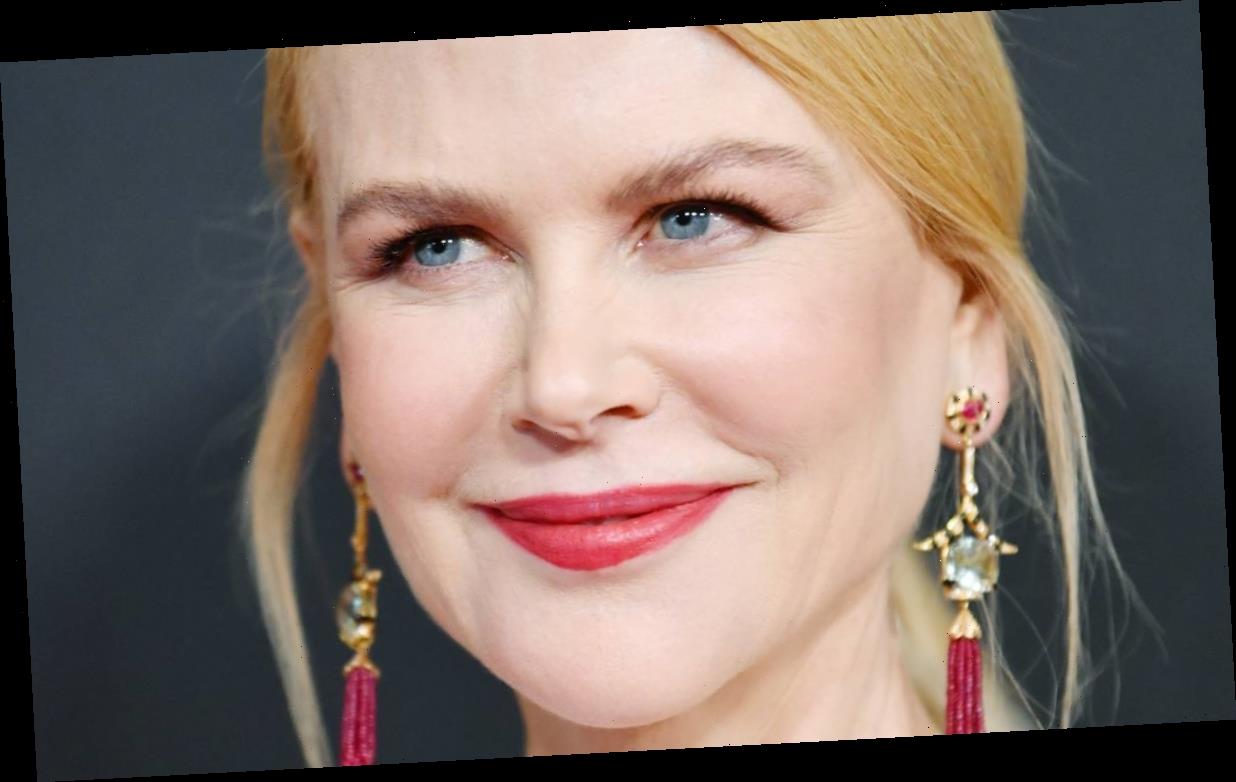 Nicole Kidman has been embracing her natural beauty during the pandemic and is more often than not pictured with her gorgeous curly hair.

MORE: Inside Nicole Kidman and Keith Urban’s stunning home – and it’s like a hotel

However, in a new video posted on Instagram, the Big Little Lies star changed things up with a sleek straight hair do – and she looked just as fabulous.

In the footage, Nicole helped to transform her appearance with Seratopical’s latest eye serum, and was seen applying it under her eyes to help hydrate her skin.

Fans were quick to comment on the video, with one writing: “Is this why you always look so fabulous,” while another wrote: “You look beautiful.” A third added: “You are so pretty.”

The Hollywood star has been cutting back on straightening her naturally wavy hair over the past few years, and instead only does so for special events or occasions.

The Before I Go to Sleep star admitted that she wanted to achieve what she considered to be the “Aussie beach girl” stereotype again.

“I really wanted to have that suntanned skin and long blonde hair,” she told Australia’s Who magazine.

The mother-of-four also told Refinery 29: “I had that hair. I shouldn’t have abused my hair. I loved that hair. What was I thinking? I’m working on getting that hair again.”

The Others star in her garden in Australia

The Big Little Lies star has been enjoying a restful start to the year at home with her family after a busy few months filming.

At the end of 2020, Nicole wrapped up filming Nine Perfect Strangers in Byron Bay, as well as The Northman, which was filmed in Ireland.

The actress and her husband Keith Urban are now back into the swing of homeschooling their daughters Sunday and Faith at their farmhouse in New South Wales.

The impressive property boasts 111 acres and Nicole has been sharing glimpses inside the spacious area on social media over the past few months.

The doting mum also gave an insight into how her family had been coping during the pandemic in an interview published in HELLO! in August.

The Hollywood star with daughters Sunday and Faith

She said: “We travel together, so we are always together, but never where you are in a house and you can’t go to the store, to a restaurant or the movies.

MORE: Inside Nicole Kidman and Keith Urban’s living room in their Australian farmhouse

“Staying home, doing school from home and all of those things that everyone has been doing is a completely different life for us.”

Keith, meanwhile, had previously explained the family’s busy lifestyle during an interview with The Times, admitting that no day is the same.

Listen To This: No Enemy Of Yours!