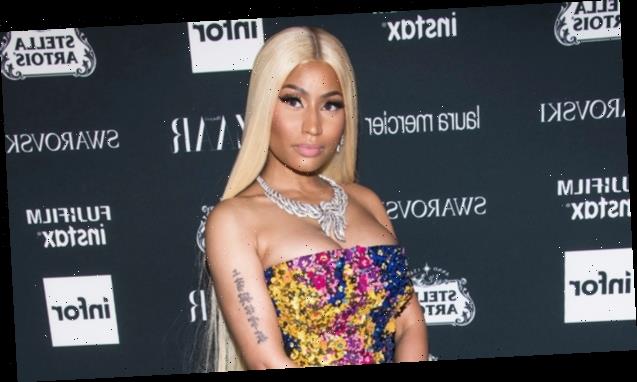 There he is! Three months after giving birth to her first child, Nicki Minaj has finally shown fans her son’s adorable face in the first photos — and video — of her little one.

Nicki Minaj and husband Kenneth Petty took plenty of private time being parents to their infant son before showing him off to the world. While he was born on Sept. 30, the “Chun-Li” rapper waited until Jan. 2 to share the first clear photos and video of their baby boy’s sweet face. Nicki shared them via Instagram and Twitter, and the pics and video show the infant wearing various cute outfits, proving he’s just as stylish as his mama. After all, he got a whole bunch of choice Burberry baby clothes from Nicki’s pal, Burberry Group Chief Creative Officer Riccardo Tisci before he was even born.

“#PapaBear thank you so very much for choosing me to be your mama. Wishing you guys a happy & prosperous New Year. Thank you for your love & support throughout this journey. It’s meant so much to me. Becoming a mom is by far the most fulfilling job I’ve ever taken on. Sending love to all the superhero mothers out there. Big hugs to all the women who have been pregnant during this challenging time,” she wrote on Instagram alongside the photos below.

Even though she’s now shown her son’s face, Nicki and Kenneth have yet to reveal their little boy’s name. And no friends of theirs have let it slip to the media either. They’ve obviously got a close circle of trusted pals, as Nicki was able to keep her pregnancy a secret until she shared gorgeous Instagram photos of her very large baby bump to announce on July 20 that she was expecting. Next to the stunning pictures, she simply wrote, “#Preggers” and adding a yellow heart emoji. Just over two months later, her son arrived! 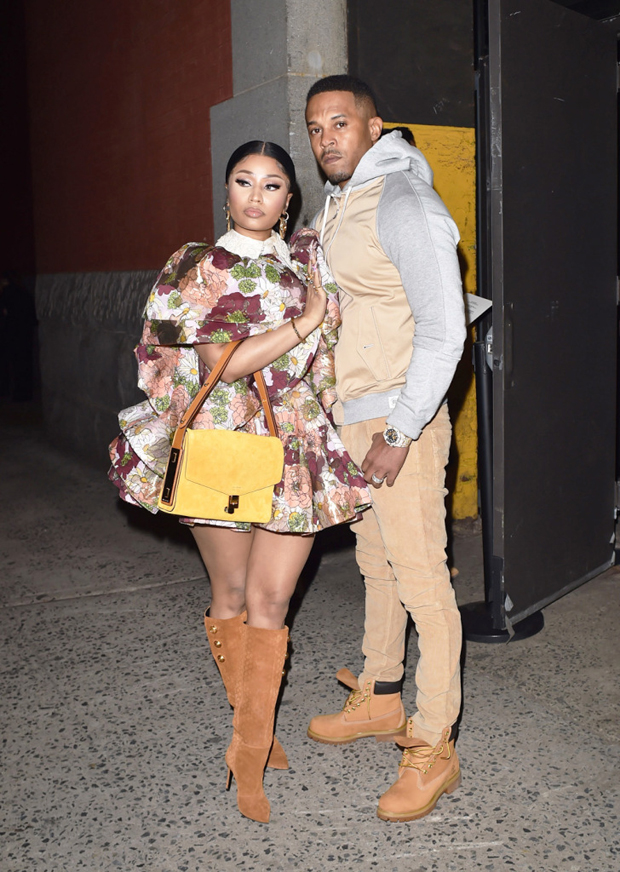 Nicki finally confirmed the arrival of her son on Oct. 15, when she shared various congratulatory notes send to her from famous pals. Beyonce wrote in a card, “Welcome to motherhood. God bless you and your family,” while Kim Kardashian and Kanye West simply said, “Congrats! We love you!” Nicki added other card best wishes from Riccardo, model Winnie Harlow and her “Tusa” collaborator, singer Karol G.

“Thank you to Queen B, Kim & Ye, Riccardo Tisci, Winnie, Karol & everyone who sent well wishes during this time. It meant the world to me. I am so grateful & in love with my son. Madly in love. My favorite liddo boy in the whole wide world,” Nicki wrote in the caption of the card photographs, officially confirming she had a son.

Less than a week later, Nicki shared a photo of her newborn son’s foot to wish Kenneth a happy one year wedding anniversary on Oct. 21. Kenneth’s thumb could be seen holding the tiny appendage, and Barbz wrote in the caption, “Happy Anniversary, my love.” The couple wed in a private ceremony on Oct. 21, 2019 after dating for 10 months. They previously were teenage sweethearts growing up in Queens, NY, long before Nicki became the superstar she is today.