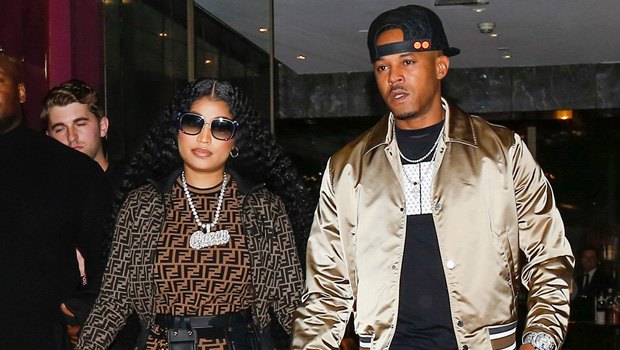 Nicki Minaj claimed in June that she and Kenneth Petty obtained a marriage license, but they reportedly picked one up in person in Beverly Hills, as a wedding seems imminent.

Nicki Minaj is one step closer to marrying her teenage sweetheart Kenneth Petty. The 36-year-old and her boyfriend stopped by the Beverly Hills courthouse on July 29 and were spotted picking up the paperwork they need to make things legal at the marriage license bureau window according to TMZ. The site reports they waited in line and Nicki tried to stay low profile under a baseball cap, but that her knee-length red wig she’s been sporting lately was a dead giveaway.

The site notes that licenses are good for 90 days so a wedding could be taking place soon. Nicki has made it known that she wants to marry Kenneth, as she claimed on June 21’s Queen Radio that they already had a license! “We did get our marriage license,” she announced. “I think I have what I was striving for, just happiness. It was so hard to get to a happy place. Now that I’m there I don’t want to compromise that for anyone of anything. Certain traveling things I don’t wanna do it. I’m just enjoying my downtime.”

Nicki added that she wants to start a family with Kenneth. She told listeners “I’m not saying I’m pregnant. That’s the end goal.” The “Chun-Li” rapper started dating Kenneth in Dec. of 2018, reconnecting after years apart. Some of which for Kenneth was spent behind bars. He went to prison for nearly four years starting in 1995 for attempted first-degree rape when he and the victim in the case were both teens. Then in 2006 he began a nearly seven-year prison sentence for first-degree manslaughter, being released on parole in May of 2013.

But Nicki fondly remembers their teenage romance while growing up in Queens, telling fans that he still calls her by her real name, Onika. Kenneth even got it tattooed on his neck three weeks into their new romance, proving he wasn’t going anywhere.  On her July 26 Queen Radio, she told everyone that he wasn’t after her money and that their happiness was all that mattered.