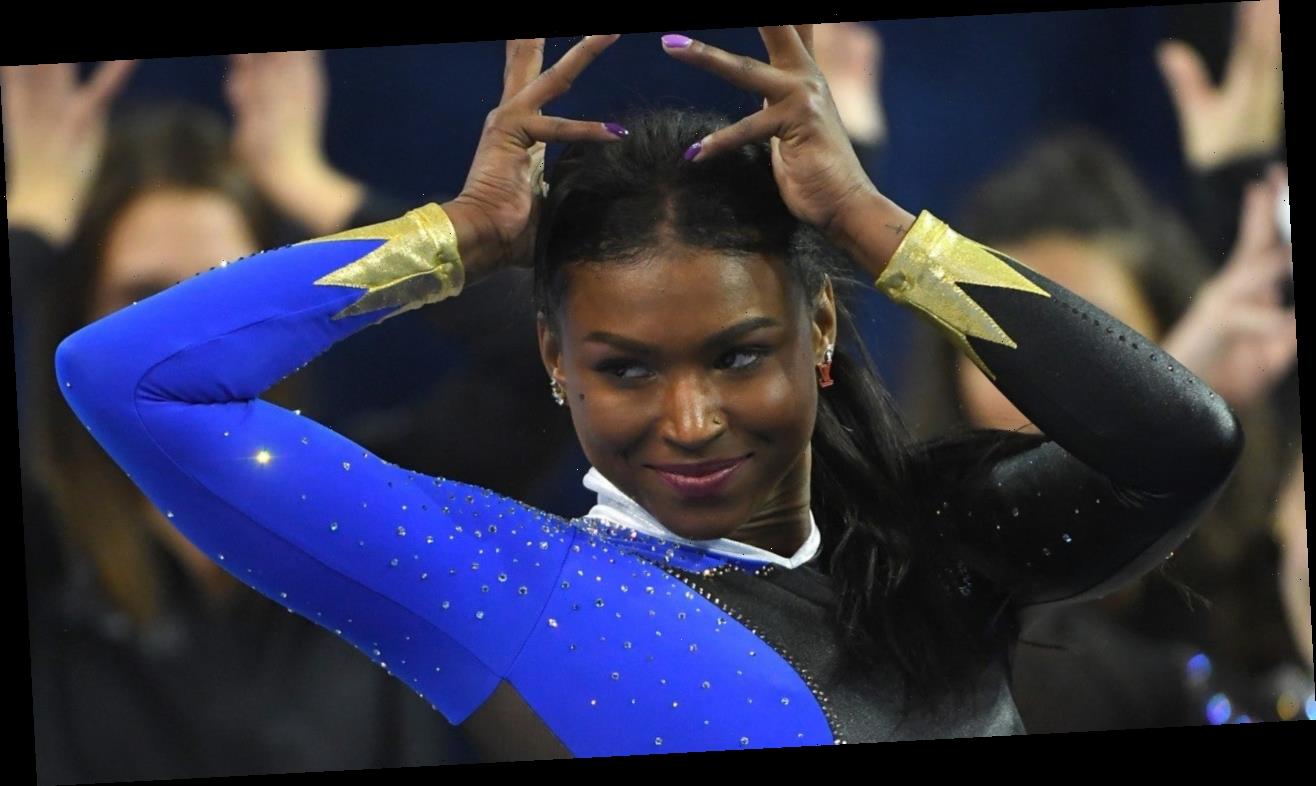 Talk about stealing the show. UCLA gymnast Nia Dennis’ jaw-dropping floor routine on Saturday as she competed for her team against Arizona State went viral over the weekend, thanks to her incredible performance to hits from Black artists like Kendrick Lamar, Missy Elliott, Megan Thee Stallion, Tupac Shakur and more.

Dennis, a 21-year-old senior, executed the almost two-minute routine to perfection, landing her tumbling passes and showing off her dancing skills. Her teammates and coaches were also heartwarmingly cheering her on the entire time, even hitting some of the dance moves with her. She scored a 9.95 for her joyful performance, taking home first place and helping UCLA score the win.

UCLA Gymnastics tweeted the entire routine, writing, “This is what #blackexcellence looks like. @DennisNia does it again! 🔥”

This is what #blackexcellence looks like. @DennisNia does it again! 🔥

This isn’t the first time a performance by Dennis’ has gone viral. In February 2020, she flawlessly performed a floor routine set to music by Beyonce.

A homecoming performance that would make @Beyonce proud! @DennisNia made us lose our breath with her 9.975 on floor exercise last weekend in Pauley.

Who else is crazy in love with her routine? 😍 pic.twitter.com/XE4VvTrZOK

Over the weekend, celebs and fellow gymnasts took notice of Dennis, including Olympic champion Simone Biles, who retweeted the video.

“Okay @DennisNia do the damn thing girl,” she wrote. “This was so fun to watch! keep killing it!”

okay @DennisNia do the damn thing girl 🔥 this was so fun to watch! keep killing it! https://t.co/eDntwMpC4R

Elliott also commented on the routine — which uses her 2003 hit, “Pass That Dutch” — writing, “Snappin” along with a fire emoji.

Meanwhile, Alicia Keys wrote of Dennis, “Look at this unstoppable power and confidence!! 💥 💥 💥. Was just talking about how nothing gives you more power then being yourself! Shine @DennisNia, I’m inspired!!”

👀👀👀 look at this unstoppable power and confidence!! 💥💥💥 Was just talking about how nothing gives you more power then being yourself! Shine @DennisNia, I’m inspired!! ⁣
⁣
Going into the weekend like 🤸🏽‍♂️ 🤸🏽‍♂️ 🤸🏽‍♂️ pic.twitter.com/wd2EAvCATO

Dennis herself Instagrammed a snippet of her routine, writing, “I had to… for the culture✊🏾 s/o greeks! 😌.”

When speaking to the Los Angeles Daily News about her show-stopping routine, she talked about showing her personality and culture in her performance.