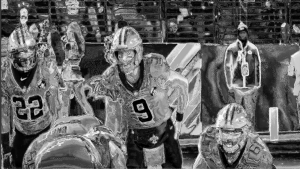 The NFL is back! For many teams, NFL training camps officially open tomorrow (Wednesday) July 24. If your favorite team doesn’t hit the gridiron on Wednesday, don’t worry, they will this week at some point.

The first edition of preseason rankings are always interesting and actually draw more debates than many others. Why? Because every team is 0-0, and you have to consider all the offseason moves, draft picks, and upcoming schedules.

This time of year is like Christmas for NFL fans. Every team in the league has a shot at making the Super Bowl, so why not your favorite squad?

Always watch out for longshots

History shows us that just because your favorite team ranks high in the NFL power rankings, or happen to be a Las Vegas favorite to win the Super Bowl, it doesn’t mean they will.

This is why, when teams play a 16-game schedule, every game matters. It is easy to say the New England Patriots are the No. 1 team in the NFL. They deserve to be. They are the defending champs and no matter what other teams did in the offseason, no one can take away the trophy.

While New England is number one, teams like the Cleveland Browns and Detroit Lions made some major moves as they attempt to win their first Super Bowl in franchise history. Both teams offseason wheelings and dealings have them higher than normal in the NFL power rankings. Now the question is, can they stay there or even climb closer to No. 1 when the games begin?