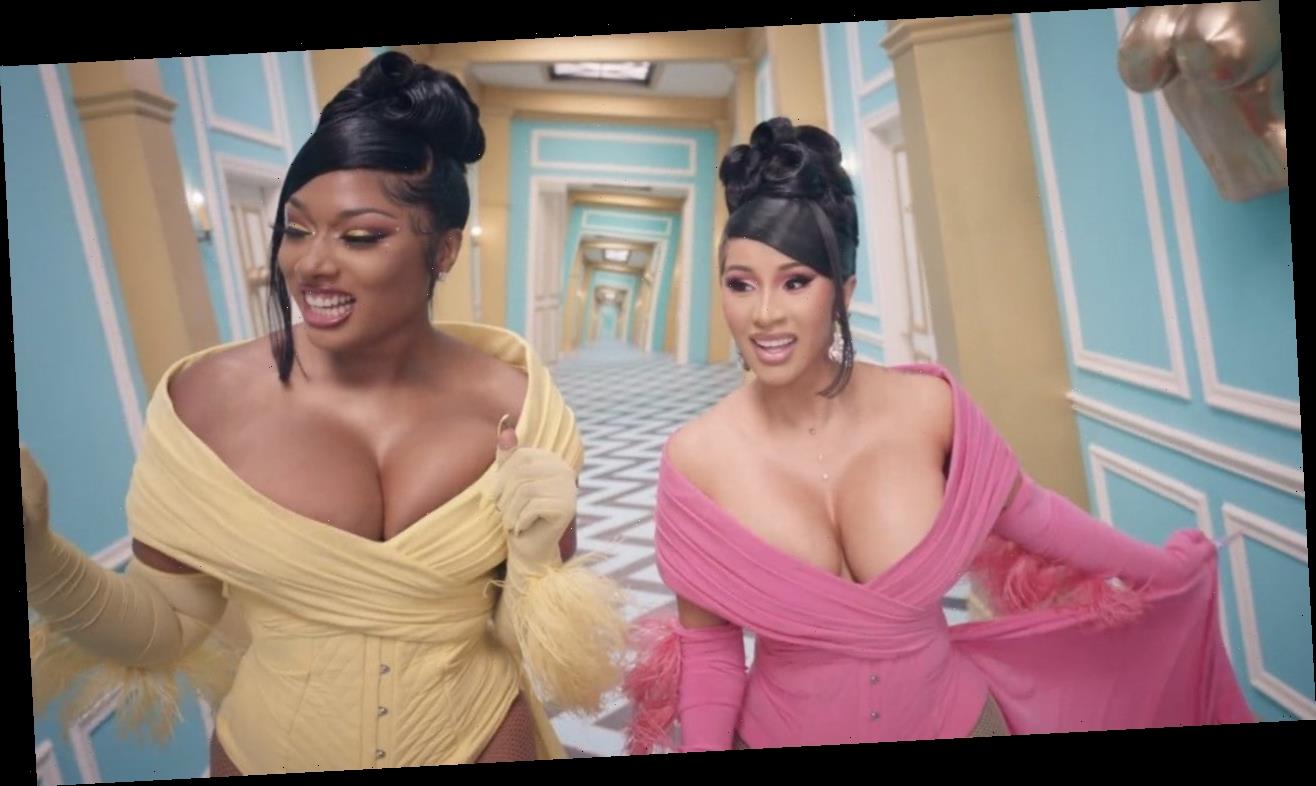 It’s every audiophile’s favorite day of the week, and some of our favorite artists from all different genres have blessed us with new tunes.

Cardi B and Megan Thee Stallion teamed up for the X-rated “WAP” and its star-studded music video, Machine Gun Kelly and blackbear got emo rehashing their recent romances on “my ex’s best friend,” and The Weeknd joined Juice WRLD on another posthumous release to try and fulfill a Twitter prediction by the late rapper.

Plus, Luke Bryan celebrated small town life on his seventh studio release, and Bon Iver released an anti-capitalist anthem after hitting the Top 10 with Taylor Swift.

Read on for some of our favorite recommendations for new songs and albums to listen to this week — plus, where you can stream them now!

“I feel like people be wanting to put female artists against each other. It’s the people that be trying to do that sh-t,” Cardi told Apple Music’s Zane Lowe of teaming up with Megan for the track. “Every single time I feel like there’s a female artist that’s coming up, coming up, coming up and it’s getting they mainstream moment, I always see like little slick comments like, ‘Oh, they taking over your spot. They taking over this. They taking over that.’ And it just makes me feel like, damn, why it had to be like that? Because I actually like shorty music a lot. Why does it even have to be like that?”

The country crooner dropped his seventh studio album on Friday, a tribute to the simpler things in life, that features singles “Knockin’ Boots”, “What She Wants Tonight”, and “One Margarita.”

Between the two of them, Machine Gun Kelly and blackbear have some pretty high-profile exes, so it’s not hard to imagine the lyrics of their new track coming naturally — especially considering MGK’s newly public romance with Megan Fox.

“I swear to god I never fall in love,” he promises on the chorus. “Then you showed up and I can’t get enough of it.”

On Sept. 10, 2019, Juice WRLD made a prediction via Twitter. “Me and The Weeknd would make a diamond record…” he wrote.

Less than a year later, but months after Juice’s tragic death at age 21, the collab is here, with The Weeknd announcing the release of “Smile” with a simple message to the late rapper. “Wish we could celebrate together,” he shared. “XO + 999.”

After charting his first-ever Hot 100 Top 10 track with the Taylor Swift collab “exile,” Justin Vernon used the increased follower count to promote a new song, “Ate Up All Their Cake,” which “exposes the perils of capitalism and celebrates the power of community.”

“Bon Iver acknowledges our position w/in & use of capitalistic practices. We recognize our privilege and commit to using our platform to challenge capitalism everywhere,” the group shared on Twitter, along with links to causes they are supporting. “We’re highlighting five orgs working tirelessly to foster a world that celebrates our humanity on a local, national, & global level: @mplssanctuary, Red Letter Grant, @eji_org, @nivassoc, @350. Stay tuned for info & calls to action as we all continue building a better home for all.”