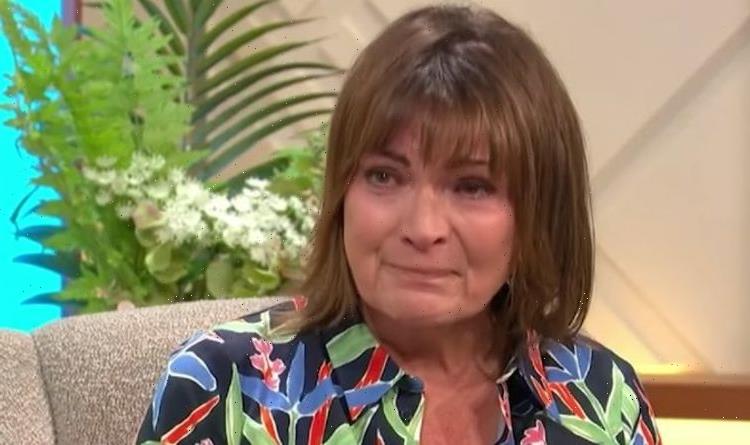 During Wednesday’s live taping of her self-titled ITV show, Lorraine Kelly confessed her struggles while conversing with BBC star Nick Knowles about her health.

During their chat, the 61-year-old said she had “gone up a few sizes” since the pandemic struck last March, subsequently leading many to indulge in their favourite food while quarantining from home.

I know I need to do something about it

Lorraine started by saying she had “put on so much weight, I really have.”

She added: “I know I need to do something about it”.

Though she feels “okay” about her weight gain, the mother of one wouldn’t be opposed to losing a stone since she’s already started going up “a few dress sizes”.

But Lorraine wasn’t the only one who had shared her weight gain struggle in the past 17 months, with the DIY SOS star later chiming in to stress how he had also been battling issues regarding his health during lockdown.

Nick went on to detail his own struggles with food, saying: “You know we have to be kind to ourselves, we all got through lockdown as best we could.”

Earlier this month, the 59-year-old told The Mirror that he’d gotten uncomfortable in his own body after “eating all the pies” and piling on four stone.

Nick has since dedicated a significant amount of time to regulating his food intake while exercising regularly.

Lorraine expressing her health concerns on her show echo similar words she said last week when she lifted the lid on how the extra pounds she’s gained in recent months have affected her confidence.

Just weeks ago, Lorraine opened up in her Hello! column on how she became frustrated with not exercising as often as she would’ve liked while her weight gain had steadily been increasing.

She admitted that her confidence was subsequently affected by her fuller figure.

“Now like so many other people I have definitely put on more than a few pounds during this whole pandemic,” Lorraine wrote.

“It’s a combination of not being about to get to my regular exercise classes and indulging in some serious comfort eating.

“I’ve gone up from a size ten to a size twelve, but I’m beginning to wonder if size actually does matter anymore.

“I also know that it shouldn’t really matter what number is on the label of your clothes as long as they fit well and make you feel good, but sometimes it really can affect your confidence.”

Elsewhere during her chat with Nick, the latter shared that he recently signed up to a strict fitness regime in hopes that the extra weight he’s put on during lockdown will slowly but surely begin to drop.

Nick felt an extra push of motivation after seeing the many newspapers “who very nicely put before and after pictures to show me before lockdown and fat me afterwards”.

The lighthearted joke led Lorraine to say that many people worldwide have struggled with bad eating habits since the pandemic in early 2020.

But what mattered most during times like these is that people be kind to themselves and their bodies.

“Mental health [is important], but also physical health. Just be kind to yourself.”