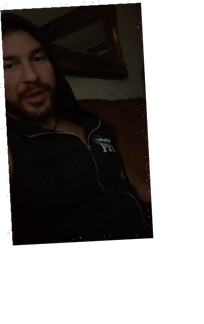 We probably don’t need to tell you that 2020 has held all kinds of fresh horrors that no one previously imagined.

But amid all the talk of global pandemics and civil unrest, one of the most appalling developments of the past year went largelt unnoticed:

And lately, he’s been sharing all sorts of nonsensical ramblings about … well, we’re not really sure what the hell he’s talkling about.

Like Kanye before Nate believes he has the cure to all of society’s ills.

Racism, poverty (or “proverty,” as he calls it), starving cats — you name the problem, Nathan is delivering a self-serious sermon about it.

Nathan reached a custody deal with Jenelle Evans earlier this week, and now that he’s finally re-entered his son’s life, he’s apparently decided to start sharing his thoughts on parenting, society, and feline homelessness with the world.

This week … well, we’re not sure how to summarize Nathan’s latest diatribe, a gem of wisdom first discovered by the fine folks over at Starcasm.

“We’re all captive to everyone who’s pressing [sic] us as individual. One thing that I learned when I was younger is aversity [sic],” he continued.

If you’re wondering if Nathan just compared being black to being the child of an alcoholic, the answer is yes. Yes he did.

And somehow, it gets worse.

“I come from a family of five. My mom maybe made $25,000 a year. I have a sister, a brother, another sister who passed those expectations of living in proverty to get better,” he said.

“And we think totally different because we were oppressed. And I don’t care whether you think I’m white or not, I’ve been oppressed just because I’ve been on MTV. And we choose to get better.

And did Nathan just compare being on MTV to struggling with systemic racial oppression?

Sadly, that’s exactly what he did.

From there, Nathan launches into a story about how he stopped feeding a stray cat in order to teach it a lesson about the welfare state, or something.

“One day I decided to leave. After three years of feeding this cat, it came to the same door. There was no food,” he said.

“Because this is society right now. You give someone what they want that they don’t work for, they will never want to work,” he concluded.

“They will never want to leave because they are oppressed by the hand that is feeding them.”

Obviously, this story left us with a lot of questions:

Did the cat starve to death?

Did Nathan move so that he wouldn’t have to feed the cat anymore?

Is Nathan currently high on bath salts, or is he this dumb without chemical assistance?

We may never know for sure.

But whether it’s extreme drug toxicity or a traumatic brain injury, Griffith will not let his current state of mind deter him from solving one of society’s biggest problems — racism.

“Someone called me out on this time and time again,” Nathan says toward the end of his sermon.

“They said, ‘Oh, you don’t know what you’re talking about because you’re? white privilege.’ Agree. But at the same time, I don’t agree,” he continues.

“Because this is society. White privilege is only as privileged as you make it. We all have hardships. You won’t understand my hardships, and I will not understand your hardships. And at the same time, you have to be the individual that people are going to respect you,” Griffith blathers on.

“Are there racist people out there? Yes. Is there a national racism? No. If you date my sister, regardless of the color of your skin, I don’t care. To some people, they might care.”

So there you have it folks.

Systemic racism? No longer a thing, if you ask Nathan Griffith.

We’d ask if he believes Covid-19 is real, but we’re pretty certain of the response we would get.